The Dark Pictures Anthology: The Devil in Me Story

A gang of documentary movie makers receives a mysterious call inviting them into a replica of H.H. Holmes’ Murder Castle, a famous serial killing case. However, upon arrival they quickly discover that they're being monitored and even manipulated into something dangerous beyond their imagination.

The Devil in Me Introduces several new gameplay features that differs from the past entries within The Dark Pictures Anthology.  An inventory feature now exists for the characters. This includes tool-based puzzles as well as new movement capabilities such as running, jumping and climbing. We discussed the alterations in gameplay, the game’s overall graphic and audible performance and whether it is worth playing in our review. For now, we will focus on the story of The Devil in Me and find out what awaits us in the game’s plot.

The Dark Pictures Anthology: The Devil in Me
€32,74
from

Who is Henry Howard Holmes?

Considered as America’s first serial killer, H. H. Holmes is the main character of The Devil in Me. His series of killing starts back in the Chicago World's Fair, 1893. A newlywed couple visits the World's Fair Hotel in celebration of their honeymoon. However, Henry Howard Holmes, the hotel's owner, kills them both. It is followed by nearly 200 rounds of killing. 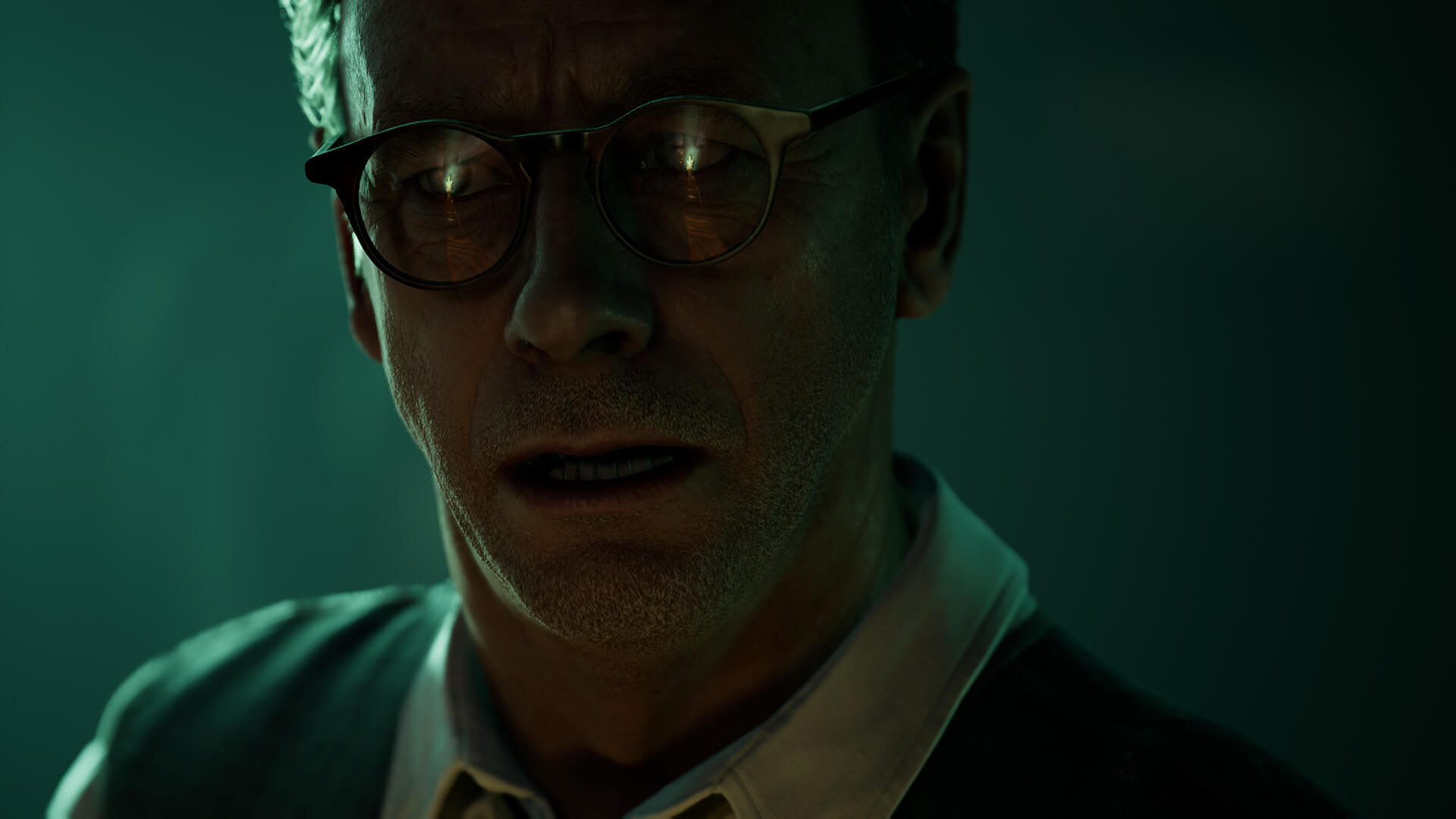 Plot of the Game

Lonnit Entertainment's film crew, which includes Charlie Lonnit as director, Kate Wilder as reporter, Mark Nestor as cameraman, Jamie Tiergan as lighting technician, and Erin Keenan the intern, begins working on a series of films about famous killers. Their latest episode is about Holmes, who was finally arrested and executed in 1896 after he had murdered over 200 people. Holmes, widely considered America's most notorious serial killer, requested to be buried beneath concrete in order to not rise from his grave and kill again.

Granthem Du'Met, an unknown benefactor, contacts the filming crew and offers to host them on his estate. There he has many artifacts about Holmes that they can film. Charlie accepts, even though the rest are wary. This is because the production of the episode has been struggling. Du'Met transports the crew by ferry to the estate on an island off of the coast of Lake Michigan. The place is a perfect copy of the World's Fair Hotel. However, they are not impressed by Du'Met's hasty behavior. Jamie sees an unknown individual creating elaborate animatronic mannequins that resemble the crew members. Although all these things makes the gang uneasy, when Du'Met is not present the crew begins filming. However, fractures start to form as Charlie wants to continue filming, while Kate wants to flee the island. Charlie and Jamie stumble upon a trap set by someone looking like Holmes and automatically concludes that Du’Met is dressing up as Holmes and scaring people.

They discover many clues along the way that reveal that Du'Met's original name was Hector Munday. Hector Munday was an FBI agent and profiler, who feigned his own death in order to become a serial murderer. They also uncover clues that Du'Met's impostor was Joseph Morello who is a true crime author and was a survivor from the previous group. Also, the fact that the groundskeeper was "killed in the trap" was just a mannequin. The encounter was designed to instill fear and allow the protagonists to escape the traps. The crew decides to use the island's beacon to signal for assistance. When you activate the lighthouse, the story can go one of two ways. It is up to you to choose.

Du'Met kills a policeman who arrives on the island and finds Morello's corpse. Du'Met manages to sneak ontoboard the boat as the crew attempts to escape from the island by boat. After a final fight, Du'Met appears to have died either by being pulled into his boat's motor or by the boat hitting rocks and exploding. 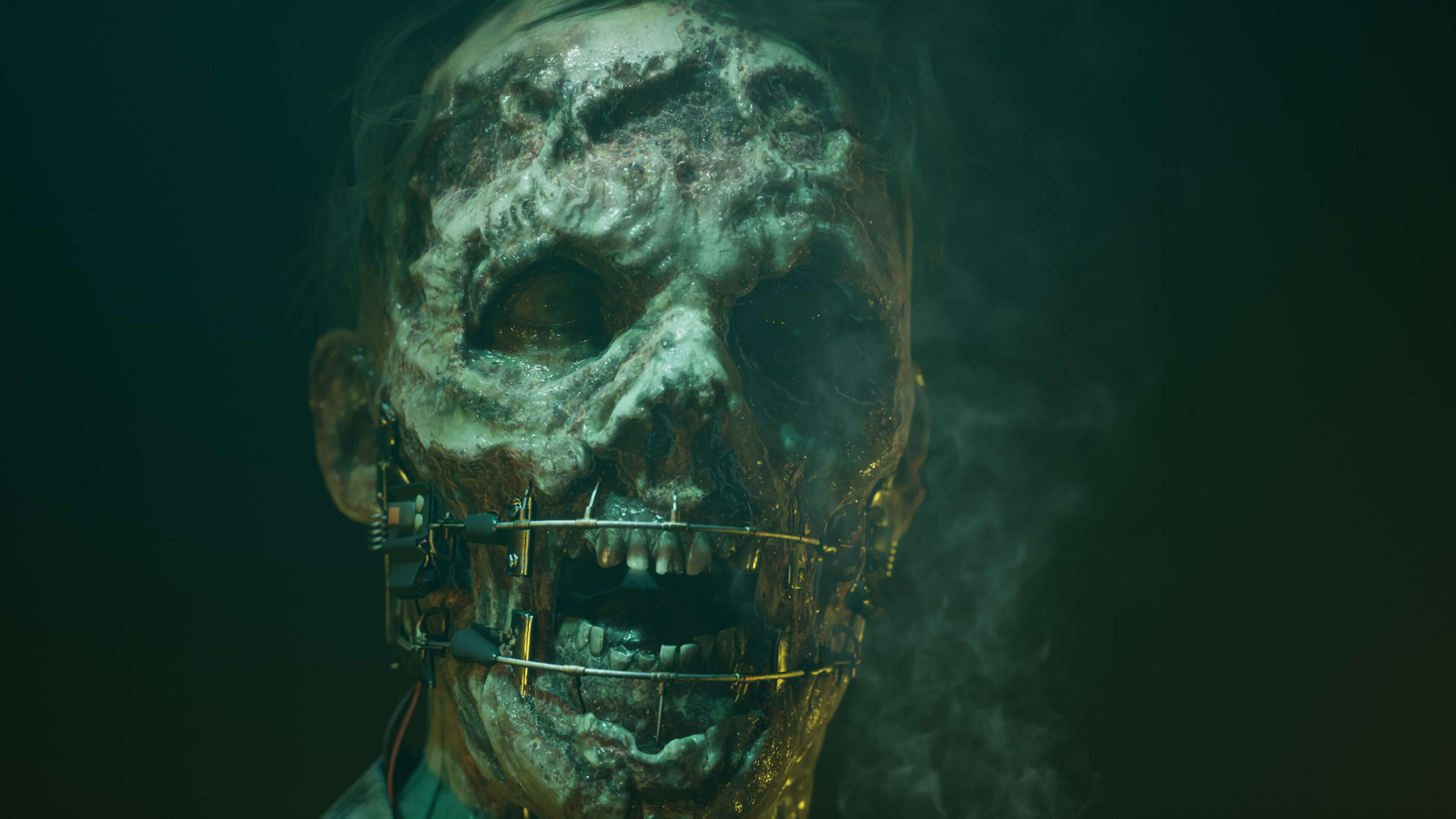 If Mark and Kate survive and Du'Met captures them, he shows them a clip of Morello explaining Du’Met’s tactics of luring others to the island. He has one of the survivors claim that he is Du'Met to the next group. Mark may agree and lure the next group to the island in exchange of Kate's freedom or he and Kate get killed there immediately.

The Dark Pictures Anthology: The Devil in Me streams