In Forspoken's magical combat against twisted monsters, you can use a variety powerful abilities that cater to different play styles.

The reaction to the game has been very mixed so far. This doesn’t even mean that everyone liked some parts and dislike other but more like some people love it and others hate it. This can be either a refreshing breath of air or a dealbreaker, depending on your personal taste. Not sure which side you’ll be on? Let us help you with the this detailed Forsaken Review.

Everything You Need to Know About Forspoken

Forspoken is the story of Frey, a young New Yorker who is transported to Athia, a beautiful but cruel land. Frey is on the hunt for a way to home and must use her magical abilities to navigate vast landscapes and fight monstrous creatures. For more details on the lore you can out our Forspoken Story article.

Forspoken's greatest strengths lie in combat. The game's rapid nature and the ability to keep you guessing as it uses its many magical powers makes it very tactical. Forspoken contains over 100 spells. Some of them look really cool in gameplay trailers. In the first chapters, however, there are only a handful. The first few chapters can feel a bit boring because you have to hold the trigger to fire chunks and rocks at enemies, while sometimes avoiding an attack. But it is also a plus that you can do almost anything in Forspoken from throwing rocks at your enemies to summoning flaming troops to fight alongside you.

It's evident that the game combines next-gen visuals and fluid traversal skills in a large open world. In some key ways, however, it feels more like a game that was released in early 2000s.

Spellcraft is not a system that I fully understand. However, it appears that you can choose up to three challenges at once. For example, shooting enemies in parkour mode while using spellcraft. Completing these challenges will increase your spell's effectiveness. Filling out lists of tasks that relate to the main combat mechanics of a game is quite fulfilling and fun.

Athia's fields are a delight to run across without a care in their world. Frey doesn't need to worry about anything when she does this. She will automatically jump over gaps and leap over small objects.

Forspoken's visuals make it even worse. It doesn't display as much graphical power as you'd want from a new-gen showcase. Honestly, it isn't a very attractive game. The textures are blurred and the draw distances are quite short. It feels so empty and lifeless. This is also true for Athia's design. It's filled with basic fantasy stuff, such as green fields, brown castles and beige rocky areas. There aren’t almost any enemy designs that is really unique other than the crystal lizard boss. 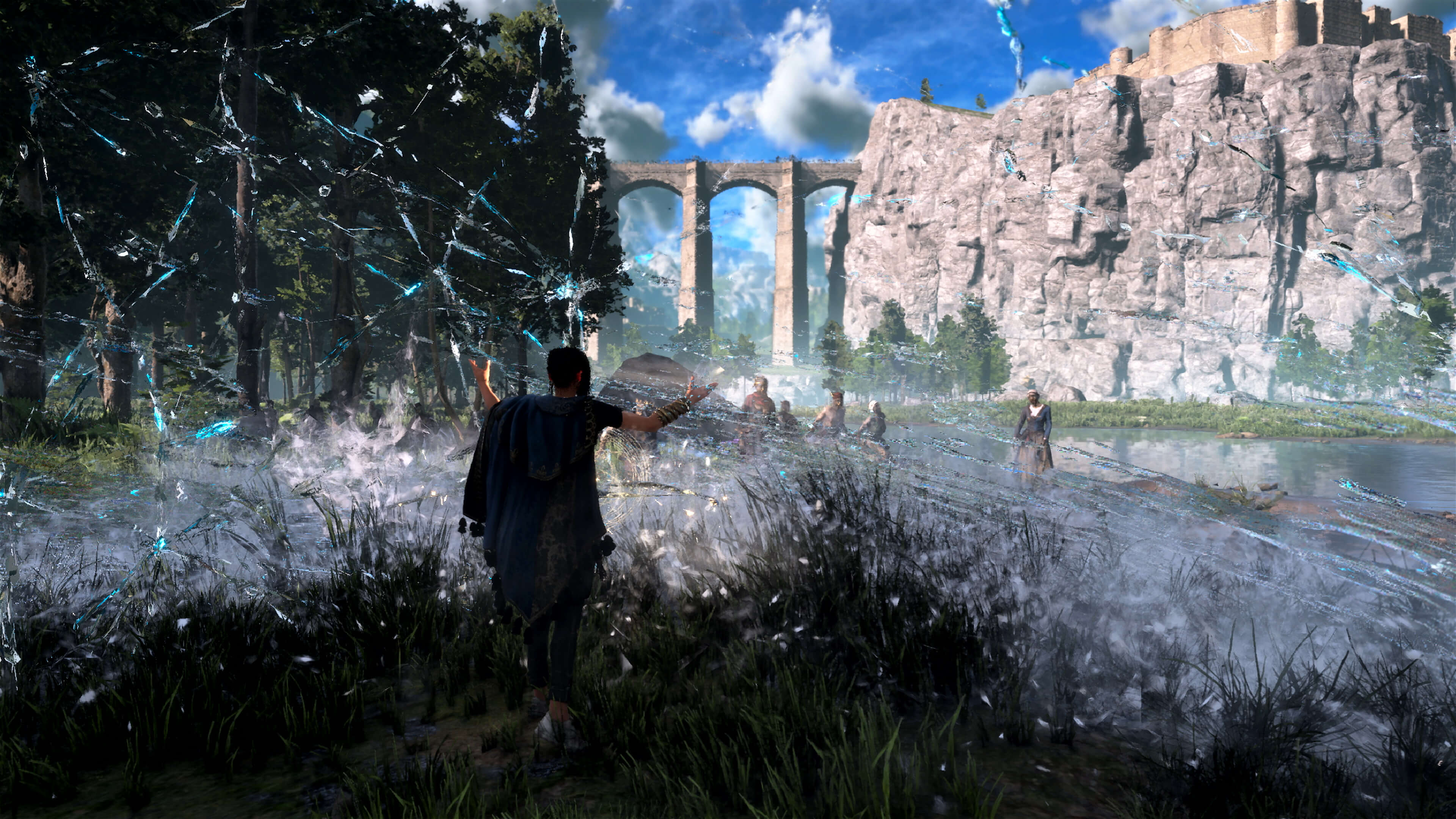 One thing we have to take notes on in this open universe is the music that plays. Aren’t you tired of video games being too silent? Forspoken's music has been a great addition to the overall gaming experience, in my opinion and the soundtracks are really well-made too. Full point to Square Enix on this one.

Forspoken's early chapters that we’ve seen so far have not been a good place to look for enjoyment but there is definitely potential and plenty of room to improve. It is possible that the magical combat, and hopefully the visuals, will become more intriguing over time. Forspoken should stand out in a sea of open-world RPGs, and the way it is at the moment failed to do so.