The Dark Pictures Anthology: The Devil in Me Review

The Devil in Me, the fourth and final part of the first season of The Dark Pictures Anthology is now available. It's an interactive horror video game that is developed by Supermassive Games and published by Bandai Namco Entertainment. This first reactions towards the multi-platform release have been overwhelmingly positive.

The Devil in Me is a game with a strict auto-save feature that prevents players from reloading save files to earlier points in the game. You must play the game several times to be able to view all content and all possibilities. A permanent death mechanic is also part of the game, meaning that characters can die at any time. The Devil in Me has many possible endings for each character. This game, being the Season One finale, is longer than the previous installments and takes over 7 hours to finish.

Everything You Need to Know About The Devil in Me

A gang of documentary movie makers receives a mysterious call inviting them into a replica of H.H. Holmes’ Murder Castle, a famous serial killing case. However, upon arrival they quickly discover that they're being monitored and even manipulated into something dangerous beyond their imagination. To learn more about the story and the possible endings, check out our story article. 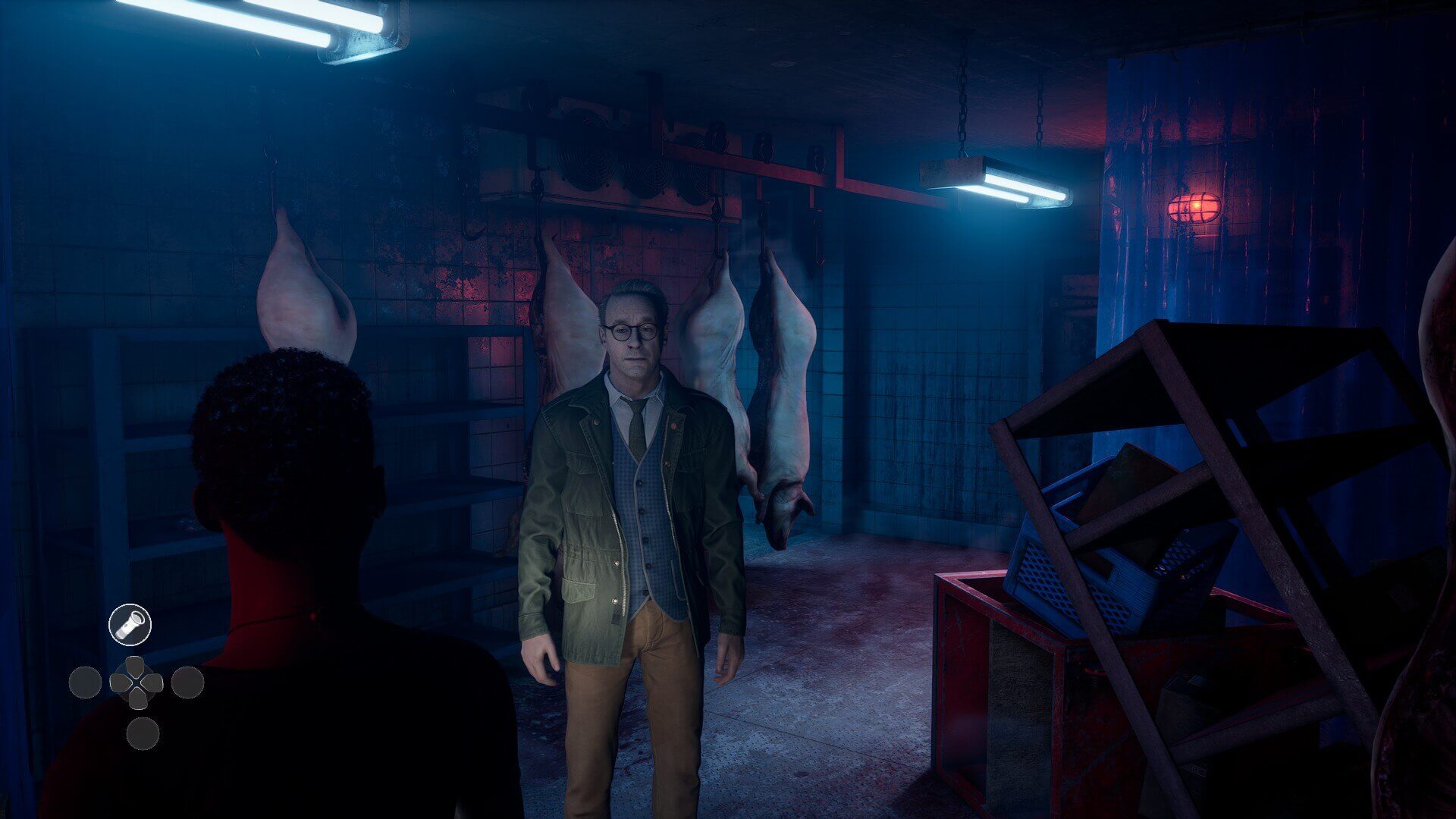 The game presents the player with moral dilemmas that can range from simple dialogues to more serious situations like who to kill, how to give a tool, and so on. These situations are handled by the moral compass, which gives the player two or three options: act rationally, act emotionally, as well as say/do nothing. The player has only 5-10 seconds to choose depending on the situation. The Devil in Me uses a system called bearings that records any player's action, which could have significant consequences later and can affect the game's outcome.

The gameplay is all about exploration and quick-time events and discovering collectibles. Collected pictures will show future events that could occur and secrets provide insight into the hotel's history and help to tell Du'Met's story. A game-specific system in-game keeps track of all collectibles discovered, so they are always accessible to the player regardless of how far they have walked. Completing the game as well as collecting specific secrets will reward the player with rewards and bonus contents. It contains additional information on the game's history, development, and lore.

The Dark Pictures Anthology: The Devil in Me
€32,74
from

Advanced move sets, which we haven’t seen in previous games, allow protagonists to interact better with their environment. Characters now have the ability to run, crawl and vault over obstacles, jump through gaps, slide through tight spaces, balance on beams, and so forth. If there is a danger, the protagonists have the option to find a hiding spot and hide until it is cleared.

Now, exploration includes solving light puzzles such as finding hidden codes, unravelling antique fuse boxes and finding ways out mazes. The player will need to be able to navigate the hotel and keep the protagonists alive. Additionally, a system of inventory has been created. The inventory system has been added to allow protagonists to make use of items to increase their survival chances. Items can be given, stolen, lost or altered by other characters. Besides, every protagonist has a unique tool specifically related to their work.

The Devil in Me takes you to follow the story of five main protagonists who are lured into and trapped in a "Murder Castle" replica. They are part of a documentary film crew. A couple who got murdered by H. H. Holmes visits the scene as a supporting cast. We also have Du'Met as the antagonist. 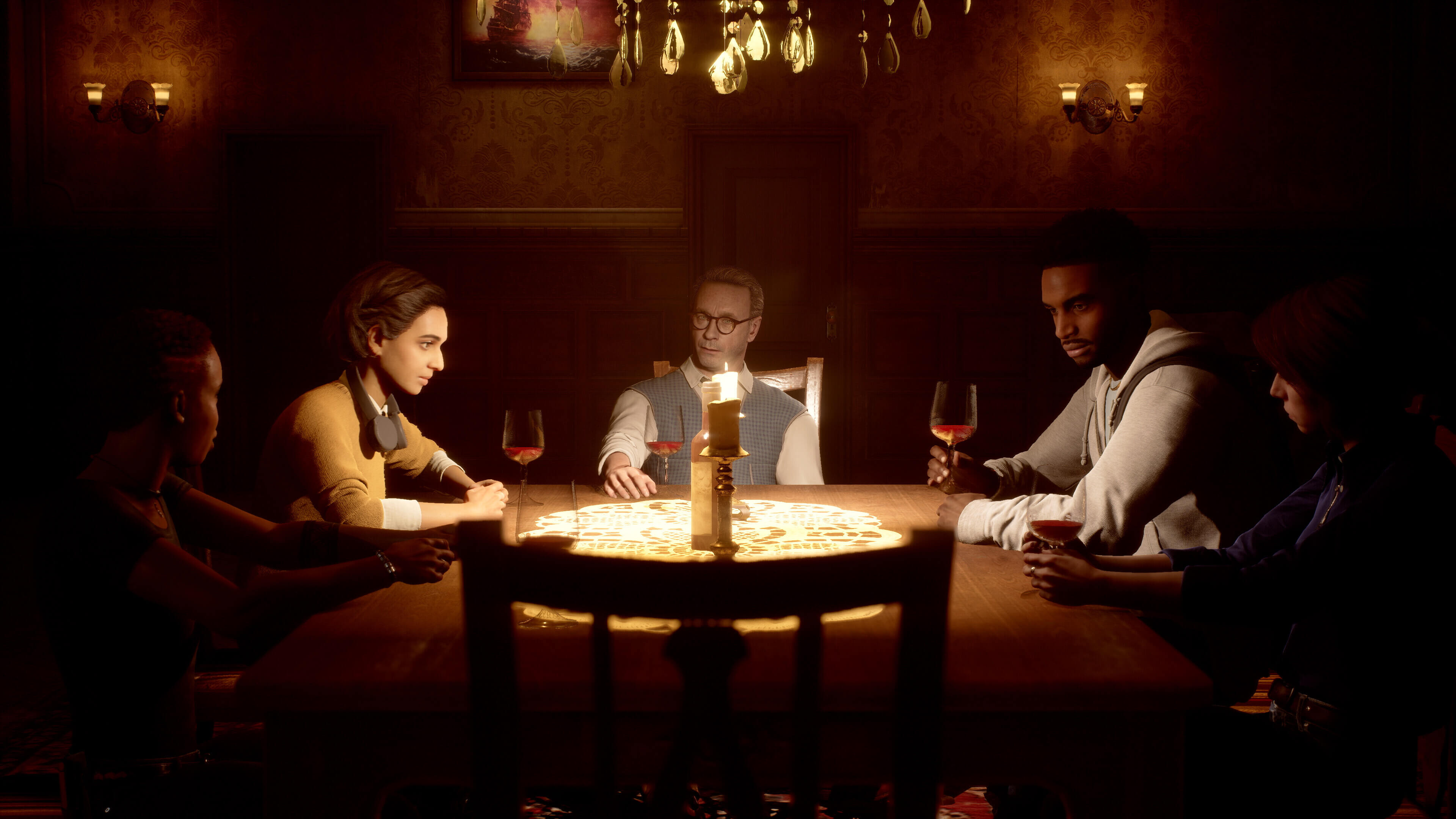 Although the world design and the eerie mood is really impressive, the players have every right to expect better visuals from such a project. The game looks like it was made in early 2010 which can be an aesthetic choice but it just doesn't sit right with me. Some animations are lagging and some facial expressions look funny. Still, the atmosphere, sound design, coloring and lighting manages to get you hooked.

Is The Devil in Me worth playing?

I wasn't completely in love with The Devil in Me as there are some technical difficulties throughout the playthrough. This was combined with long platforming sequences and some awkward puzzles. The main cast is also too eager for the plot to move forward, so they surrender their phones and jump in a car to go to their fateful destination. All these things that don’t completely make sense aside, The Devil in Me is truly frightening and the world design is unreal. If you want to have a gameplay experience straight out of a movie, we totally recommend you to try the game.

The Dark Pictures Anthology: The Devil in Me streams