If you're looking for a shooter game with the main character, one of the mighty members of Hell, who uses a katana-like sword as the main weapon with three eyes and wings, Metal: Hellsinger is the game for you.

Your main goal in the game is to kill demons, and other members of hell, to progress through the levels. Other demons are dangerous because they attack in large groups, even if they are numerous and similar in appearance. As a player, you must kill these demons and advance the missions by overcoming obstacles. If you are looking for more detailed information about Metal: Hellsinger, keep reading!

Your basic movement mechanics in the game are to use the WASD keys, jump and dash. Since the main character is a demon with wings, he can double jump. You will frequently use the double jump and dash mechanics to progress in the game, overcome platform obstacles, or get away from other demons. The combination of these two gameplay mechanics adds a fluid experience to the player.

When you enter a section, you will notice that the exits of that area are blocked by a black wave. If the exits are closing, you can understand that large groups of enemies are coming to hunt you. 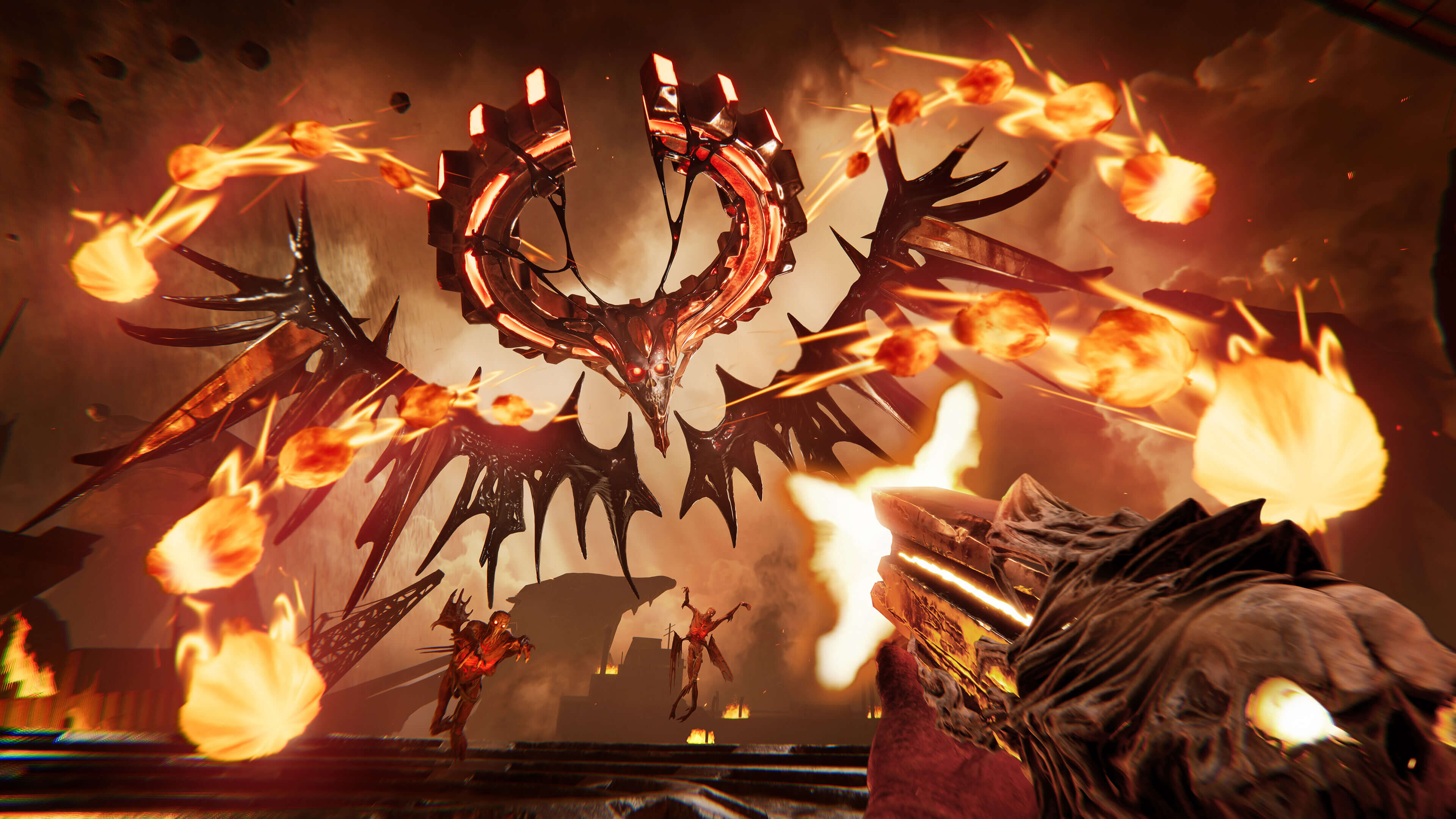 What is Fury and what to do with it?

As you kill enemies with your weapons, your character gains Fury. Fury allows your character to make more powerful attacks. In addition, every enemy you kill, or your accurate hit will earn you points.

You can use four different weapons in the game. The first of these weapons is a katana-like sword. You gain Fury points when you damage your opponents with this sword, which allows you to be deadly in melee combat. When your Fury reaches maximum level, your damage increases geometrically. Besides, when you exhaust an opponent, you can apply a finisher with the E key. If you execute a successful finisher, your character's life points will be restored. The second weapon you can use is a skull. With this skull, you can perform ranged attacks and kill your enemies with low health. The third weapon you will start using in the game is the shotgun. For more details on the weapons you can use in Metal: Hellsinger, check out our Metal: Hellsinger Weapons Guide.

Although the reload time is long, the weapon with the highest damage is the shotgun. Finally, you can do effective damage in ranged attacks with a dual gun. Two more weapons will be unlocked as you progress through the game.

Although you need to use your ranged weapons to effectively damage the game, we recommend that you kill your opponents using katana when you have difficulty. Especially if you turn around the bosses and attack them with a katana, you can defeat the boss without taking damage. 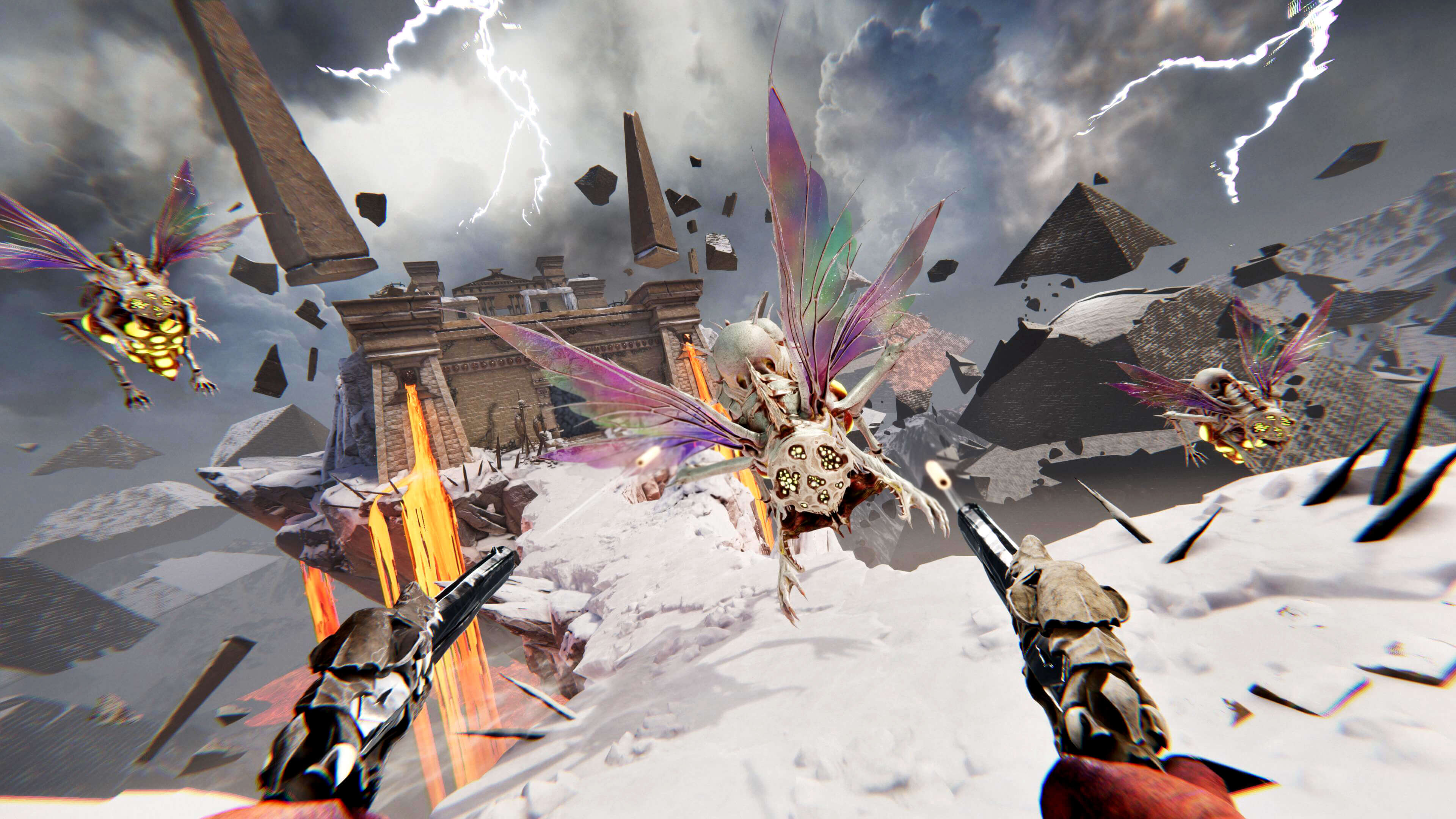 Metal: Hellsinger is a game in which red color is used intensely following its gameplay style and atmosphere. Also, the light level of the game can hurt your eyes. Apart from these, we can say that the graphics and enemy designs of the game are of high quality.

Is Metal: Hellsinger Worth Playing?

If you like FPS games with fast-paced gameplay, Metal: Hellsinger is the game designed for you.