Justin Roiland, co-creator of Rick and Morty, is the author of High on Life. A drug cartel that wants to exploit them as drugs is trying to endanger humanity.

You are the one who must rescue Garmantuous and his gang and make sure that you have a partner in this heroic, talking gun rescue mission.

Everything You Need to Know About High on Life

High On Life is the story of an unnamed protagonist whom everyone calls Bounty Hunter, who fights against an alien drug cartel. The cartel wants every human on Earth to be captured and sold as a drug that other aliens can use via sophisticated machines. To learn more about the story of High on Life, check out our High on Life Story article.

You can rescue charismatic talking guns and join forces with them to become the deadliest intergalactic bounty hunters the cosmos' has ever seen.

Combat is initially a drag, but you can get better at it as you gain more guns. I love combining their skills. It is frustratingly rare for enemies to be varied enough that most encounters feel the exact same. I started to avoid optional firefights, as they became more like work. Boss fights are equally flat and throw way too many at players, leading several cheap deaths. High on Life is running out of ideas halfway through. This is why there is a lack of enemy variety or weapon diversity. You will be taken to some amazing locations in the first two missions, but then it just gets boring.

High on Life suffered from many technical flaws. Along with general hitchiness I also encountered enemies who would freeze on geometry. I had to start a long firefight again after a pair flying enemies got stuck behind a wall and halted my progress. 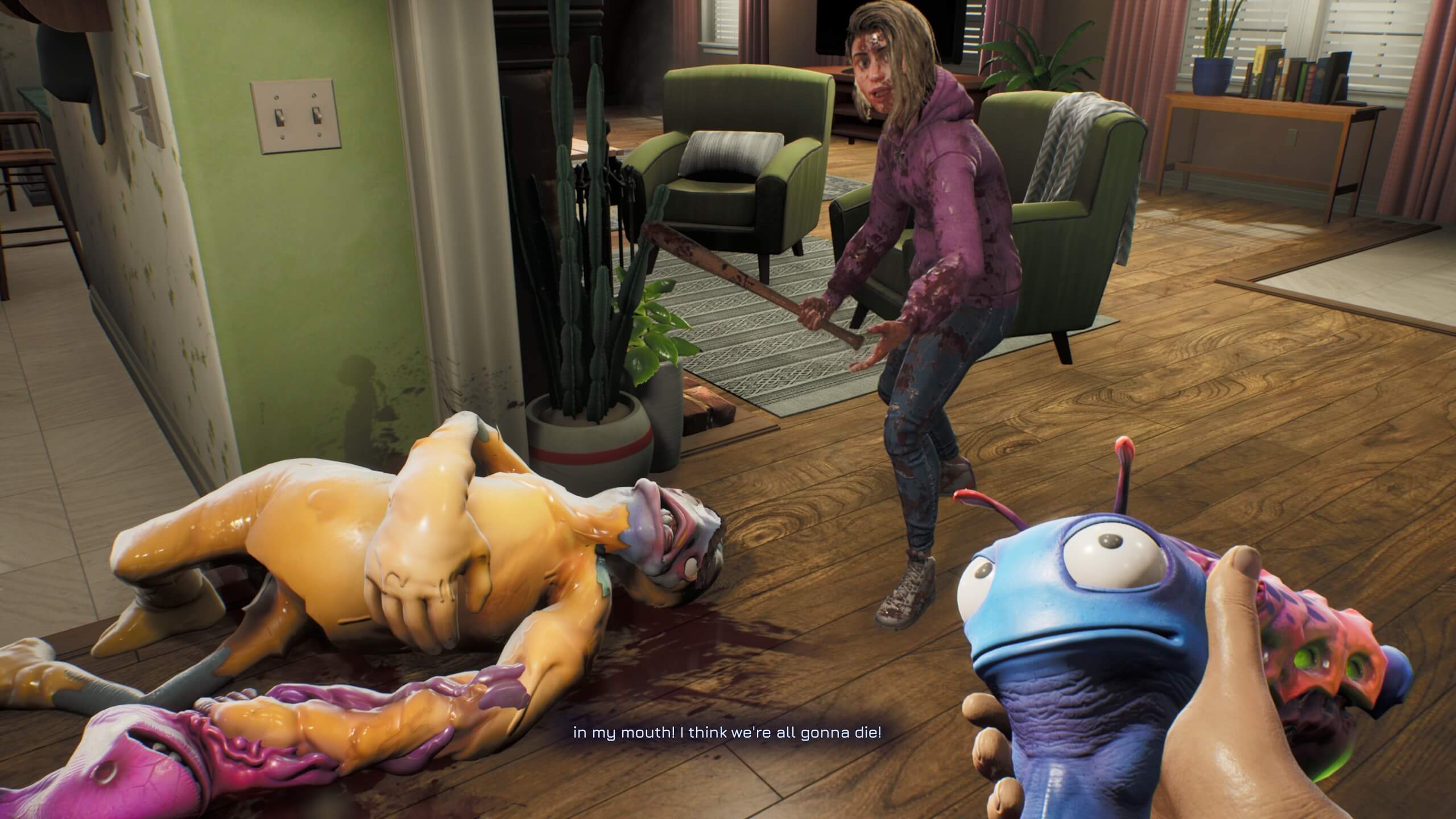 Is High on Life Funny?

Overall, yes. Especially if you are familiar with the creators sense of humor from Rick and Morty or his other works. There are definitely funny moments in all the verbal chaos. One area has a running gag that revolves around Mothers Against Violence. This organization does a better task of making Roiland’s haphazardly reiterating on the same point humorous. The writers add depth and humour to the characters, like Gene, the bounty hunter that helps you track down G3. However, not every joke is super well-written and the banter can start to be annoying after a certain point.

The problem with your guns isn't just that they talk too much. Everyone talks too much. Nearly all NPCs you come across talk like they are eating a moldy thesaurus. Some people will find High on Life  extremely funny, but the rest I can imagine being annoyed. However, even if you don’t find it funny, the humor is still spread across a fully mid-first-person shooter. 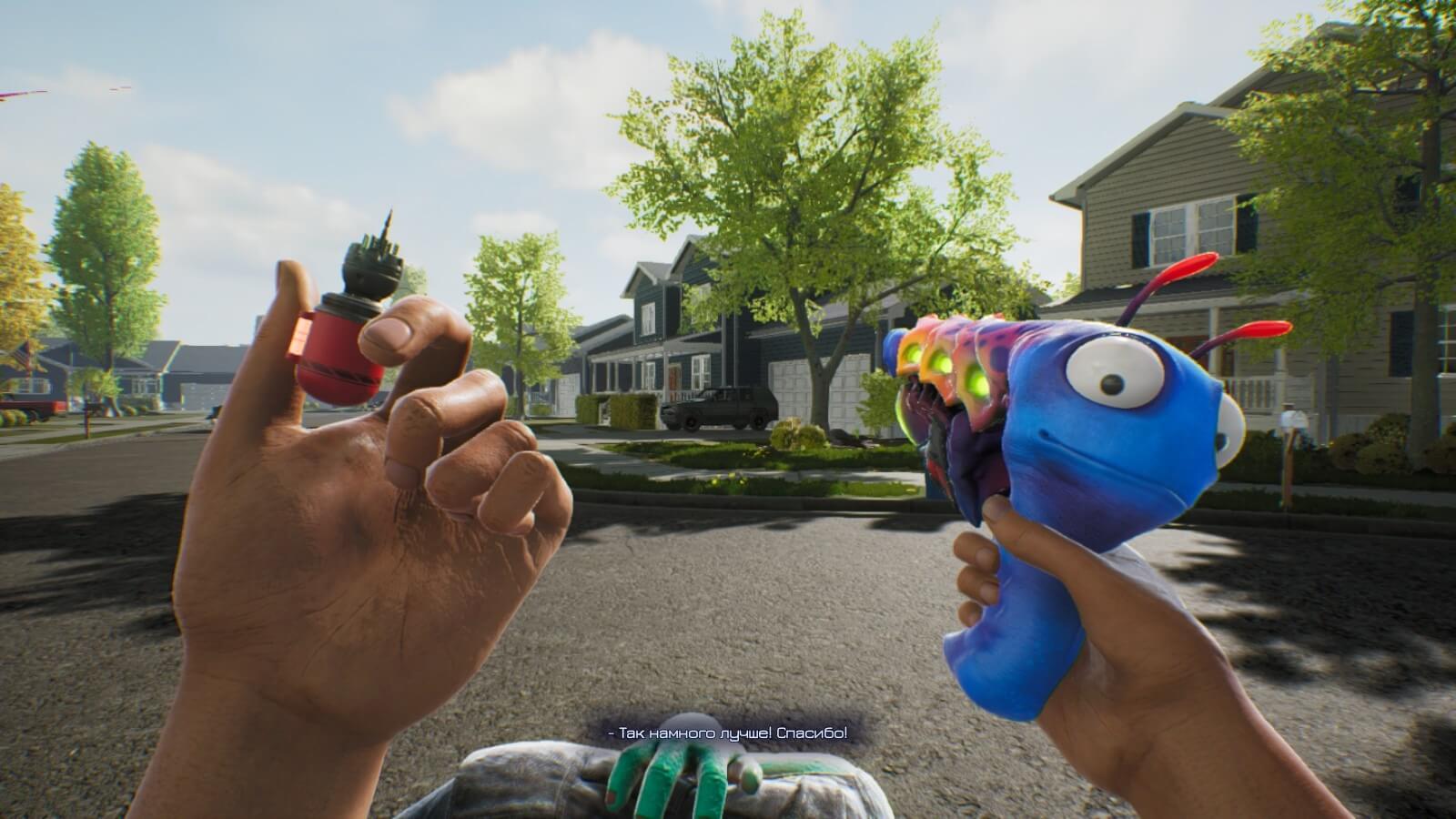 I would be overjoyed to witness this as a cartoon miniseries, as the amount of effort put into each component of the setting, from the environments to the creature design, is very impressive. Every rock, plant, pipe, and grate appears stylishly designed. The guns, despite taking up only a small amount of screen space, are portrayed emotively and in a realistic manner.

Is It Worth Playing?

High on Life shows occasional glimpses of potential, despite numerous flaws and my general dislike of the game's written content. I would love to see this game's sequel polished and improved upon. High on Life is an example of how "different" doesn’t always have to be "good."