Endling – Extinction is Forever is a survival puzzle platform game where you control a mother fox. As the mother fox in the game, we must feed our cubs and ensure their survival. We can hunt animals such as fish, rabbits, and rats, or use the fruits found in bushes and trees to feed our cubs.

The fox we control in the game has four cubs in total. However, in the beginning, stages of the game, you will have a total of three puppies left. The reason for this is related to the story of the game. If you're curious about the story of Endling - Extinction is Forever, keep reading! You can also check out our review to learn more about gameplay, graphics and more.

Story of Endling – Extinction is Forever

The game starts with a fox running for her life in a burning forest. While the fox is running in the game, you can see the trees burning and falling in the background. Mankind has somehow started a fire in the forest, and this has been to the detriment of the forest inhabitants. As the mother fox runs back to her cave, she sees other forest animals burning or fleeing from the fire in the background. While running, the mother fox quickly dodges the obstacles and continues her way. However, as the mother fox is about to reach her cave, a burning tree falls in her path. The mother fox can overcome this obstacle by neither jumping nor digging. 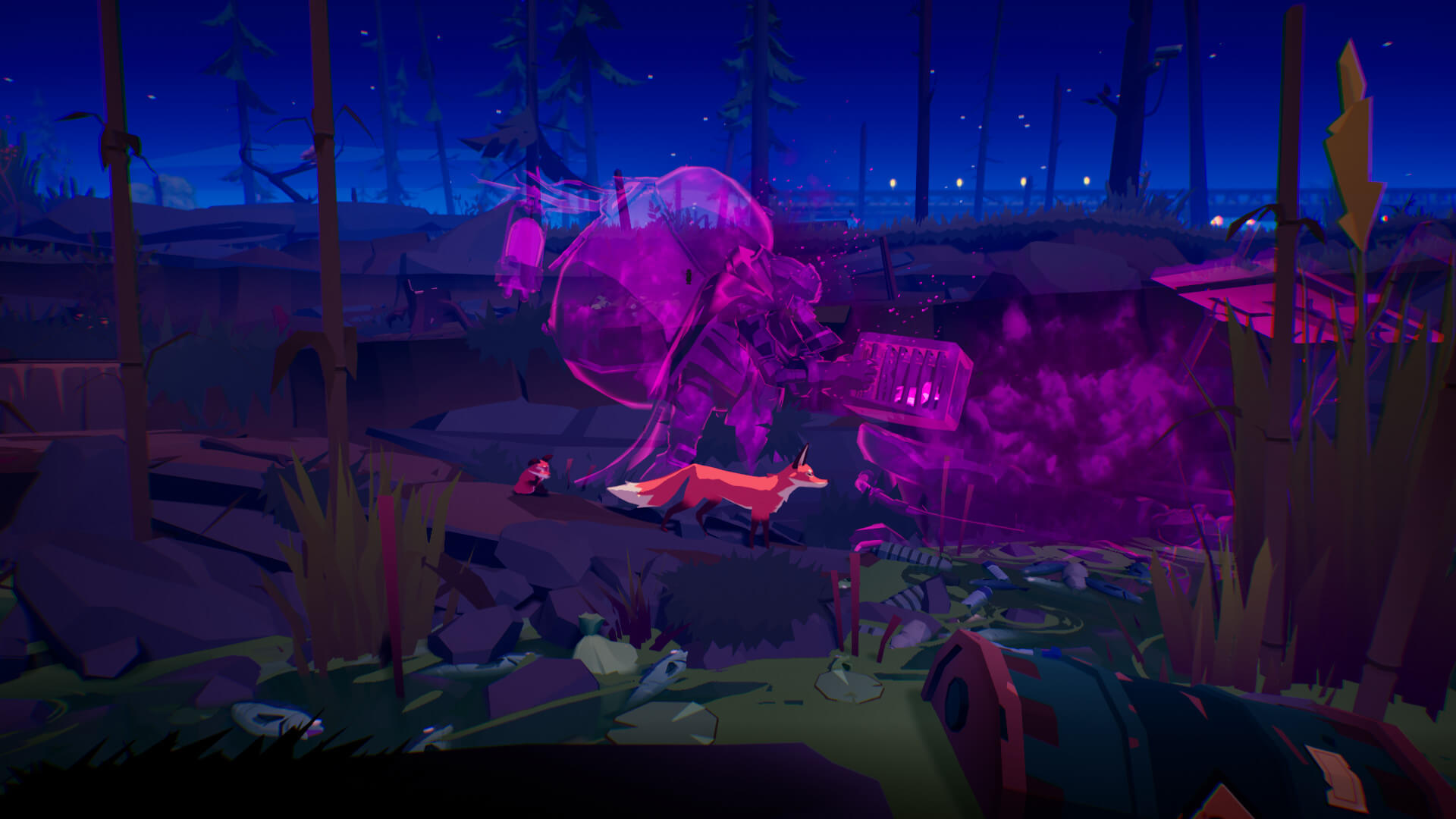 The mother fox turns back the way she came and starts looking for another way. Meanwhile, he finds an alternative way to go home by climbing from a house that people have built. When the mother fox reaches her cave, she realizes that her cubs are not there. It was injured during the fire in the forest. The mother fox, entering her cave, shed tears and falls asleep thinking of her cubs.

The mother fox has a total of four cubs. Each pup has a different colour and personality from the other. On the first day, the mother fox leaves the cave and hunts for her cubs. According to the player's choice, she must find fish, rabbit, or berries and return to her cave. The mother fox returns to her cave after fishing in a pond. Mother foxes and baby foxes fall asleep as she feeds her cubs and night approaches. No action on the first night. On the second day, the mother fox goes hunting again to feed her cubs. The mother fox silently approaches a rabbit she finds in the bushes and hunts the rabbit. It returns to its burrow to feed its young with a rabbit in its mouth. After all the puppies are full, they sleep together. 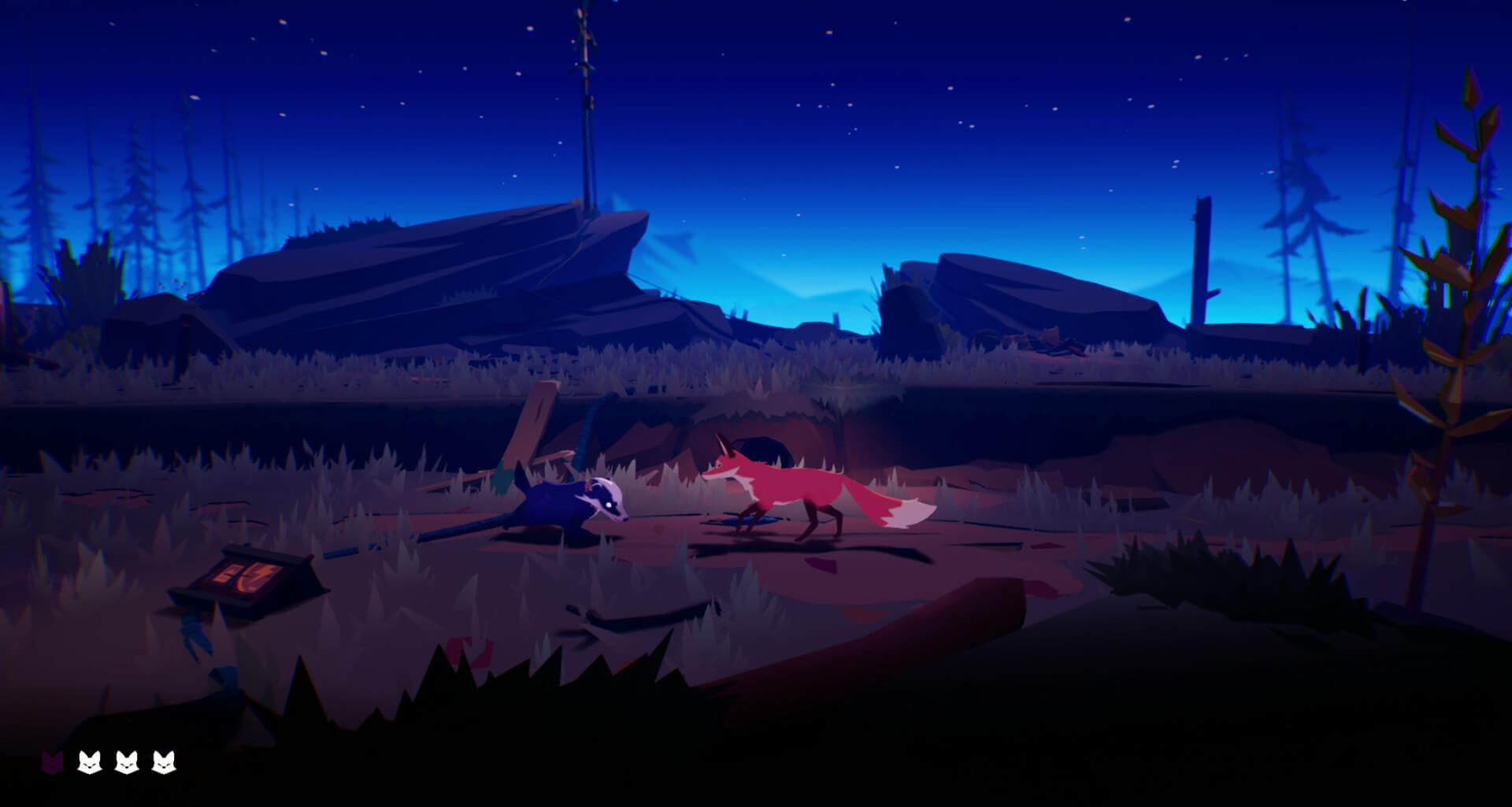 The Kidnapping of the First Baby Fox

A person has left a rope with a toy at the end of the cave. A baby fox, who is awake while its mother and other siblings are sleeping, follows this toy to the exit of the cave. Meanwhile, the human catches the baby fox and locks it in a cage.

The mother fox, hearing her cub's call for help, wakes up and begins to follow the scent of the person who kidnapped her cub. The human kept the baby fox in a cage and kidnapped it by getting on the boat. As the scent ends here, the mother fox hunts for her remaining cubs.

The next day, the mother fox, who went hunting with her three cubs, saw a fishing town with people. The mother fox, smelling her cub, discovers that there is a connection between the fishermen and the person who abducted her cub in this region. The rest of the story depends on the players' choices and playstyle.