Apart from being a game store we all use and love, Steam also has a mini economy of its own. In this economic system, there are items worth thousands and others that help you gain smaller profits. Some of these small profit items are Steam trading cards.

In this article, we explain everything you need to know about trading cards and the best games to farm them easily.

Everything You Need to Know About Steam Trading Cards

What are Steam Trading Cards?

Steam Trading Cards are virtual cards you earn by playing on Steam. They can be converted into badges that award rewards. By using the cards, you can earn items by collecting cards and customizing your profile.

Once you have collected all the cards from a set, you can turn them into a game badge. Like other badges, these are tied to your account and shown on your profile. Crafting game badges will earn you marketable products like emoticons or profile backgrounds. To level up your badge, collect another set and earn more items. This is one of the many ways to level up faster on Steam. For other ways to level up easily, check out our How to Level Up Faster on Steam article.

How to Get Steam Trading Cards?

Trading cards can be obtained by simply playing any game. You will sometimes get trading card drops while you play. These cards can be added to your Steam Inventory. There are some games in which it is easier to farm cards. You can find a list of games that you can start farming Steam trading cards down below.

Can I Get Steam Trading Cards from Free-to-play Games?

Based on in-game purchases, free-to-play games can drop game cards. You will receive one card drop for every $9 USD (approximately) you spend since the game's initial launch.

Can I Refund A Game After Farming Trading Cards?

Just a friendly reminder that it is not possible if you think that you will drop the cards and return the game afterward. In many games, the card drop system becomes active after 2 hours of gameplay and according to the Steam refund conditions, you cannot return the game.

What is Idle Master and How to Use It?

Idle Master will determine which games in your Steam Account are still redeemable. It simulates all games one by one as if you were actually playing. It controls how many cards can be dropped from the game still. As the number of cards decreases, it checks more often.

If you want to farm trading cards even faster, you can download and start using Idle Master.

Code Red
Although Idle Master seems like a fantastic way to build your Trading Card Kingdom, using the service can be quite risky and might cause your Steam account to get banned. You have been warned! :)

When it comes to L4D2, we have to admit that you won’t be able to make a profit off of it. But Left for Dead 2, which promises really long gameplay with its co-op gameplay modes, multiplayer modes, and various community items, can be a really well-made purchase with its discounted price.

Zup! Is a single-player, parkour game and Zup! series is one of the series that makes the most profit when it comes to farming Steam trading cards. The price of each game in the Zup! series is really affordable, if you sell the cards dropping from the game, you might even make a profit on it. 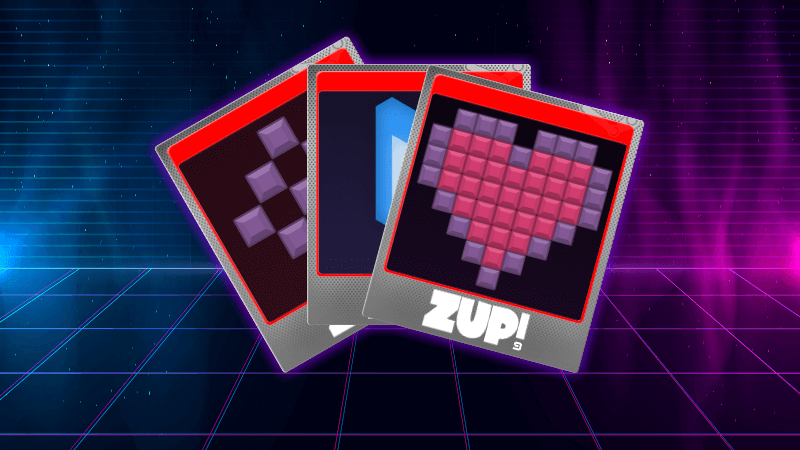 Oik series, which consists of physics-based puzzle games, are among the games that are really advantageous in terms of cards and achievements, just like Zup!.

Orbt XL is the kind of game that people who like to play 'hyper-casual' games on mobile platforms will love as the game itself is actually a mobile game. We can say that Orbt is the PC version of the 'hyper-casual' genre and the main goal in the game is to beat your previous score. As the name suggests, you try to get more scores by avoiding obstacles while rotating around an orbit.

Broken Armor, which provides really good entertainment for those who love mini-games in the arcade style of the 80s, can be a profitable source for the players. It would be a little crazy to expect a story in a very cheap, arcade-style game, but all to your surprise, Broken Armor has a quite decent story to it!

My Name is Mayo