World of Warcraft is an online RPG game that has managed to attract the attention of players since its debut. The basis of the game is to create a character and complete tasks in the game world with that character.

In addition, since the game has an online structure, it also has a living world and its economic system. WoW has kept the game up to date by constantly releasing new content and packages for players. New systems have been added to the game with the latest Dragonflight DLC.

The Evoker class belonging to the Dractyr race is the class added to the game with the WoW Dragonfligh DLC. This class has a dragon appearance and can use dragon abilities. Evoker has skill selections that can have two different gameplays as DPS or healer. Depending on the build you will use while playing Evoker, you can focus on dealing damage or healing your teammates. Apart from that, Evoker has many customizable appearance features. For example, you can customize the character's wings, scales, horns, and tail.

World of Warcraft: Dragonflight
€49,99
from

Until this update, the talent system in the game had a structure where you choose a skill at certain levels. However, with the Dragonflight DLC, the talent system has changed and evolved into skill development from two different trees. It allowed the players to make flexible builds for their characters. Now players can use their creativity to create suitable builds for their characters.

In addition, the game's professional system has been completely renewed. With the WoW Dragonflight package, the professions in the game have become more functional. Items crafted by players will have a quality level. Quality items will have better stats.

One of the things added to World of Warcraft with Dragonflight is new maps and regions. Dragon Isles is a map that stands out with its naturalness consisting of four different regions. As players explore these areas, they will encounter new structures, adventures, and characters. The Dragon Isles region has quite a large area both in bed and vertically. In other words, exploring the map takes a very long time. However, you don't have to worry because the Dragon riding mechanics included in the DLC will help you explore the game's map.

Dragon riding is a system where you ride a dragon and level up your dragon. While riding your dragon, you need to improve your dragon-riding ability to manoeuvre better, accelerate, or unlock attack abilities. Like everything else in World of Warcraft, the dragon you ride has a customizable appearance. Dragon riding mechanic is one of the mechanics that looks fun and will make gameplay easier. Riding a dragon and navigating the map for hours will be one of the fun activities outside of the classic gameplay. 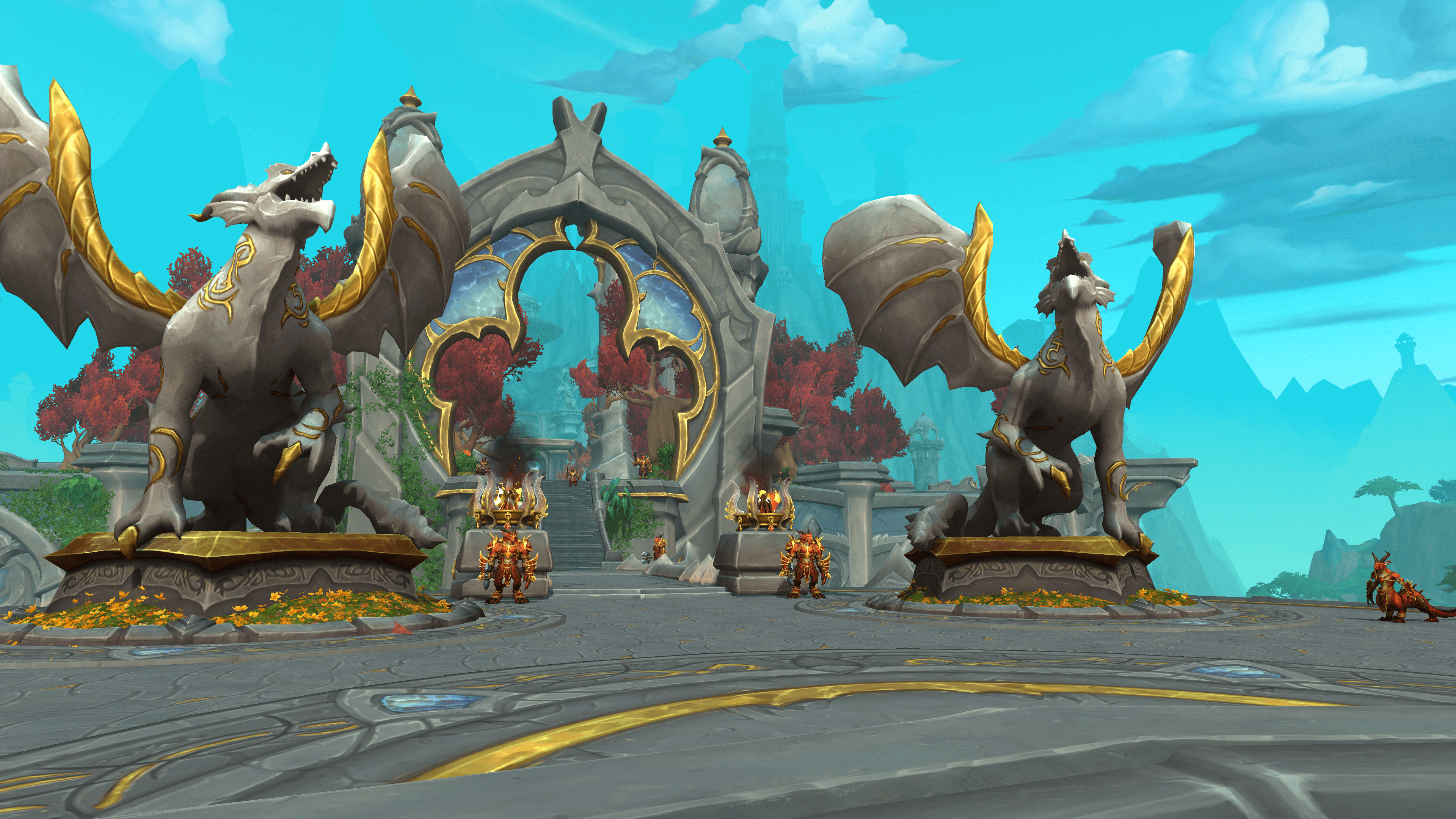