In anime, fantasy novels, and movies, gathering a team and advancing with that team is a basic method. If you are looking for a game where you can assemble your team under realistic conditions and every member of your team is valuable, Wartales is the game designed for you.

You must pay each character that is part of your team. The higher a character's combat abilities, the higher their pay-out. If you're looking for a more in-depth review of Wartales, keep reading!

How to Start the Game?

Before starting the game, you need to choose some background stories about your team. You need to choose the life purpose, background, and physical characteristics of your team members before starting the game. Every sentence you choose will affect the members of your team. For example, if you choose your companions to own the incredible rosary, the constitution of your team members will increase by 10%. After choosing your team's background story, you can edit their appearance. Also, each of your companions will have two different skills. 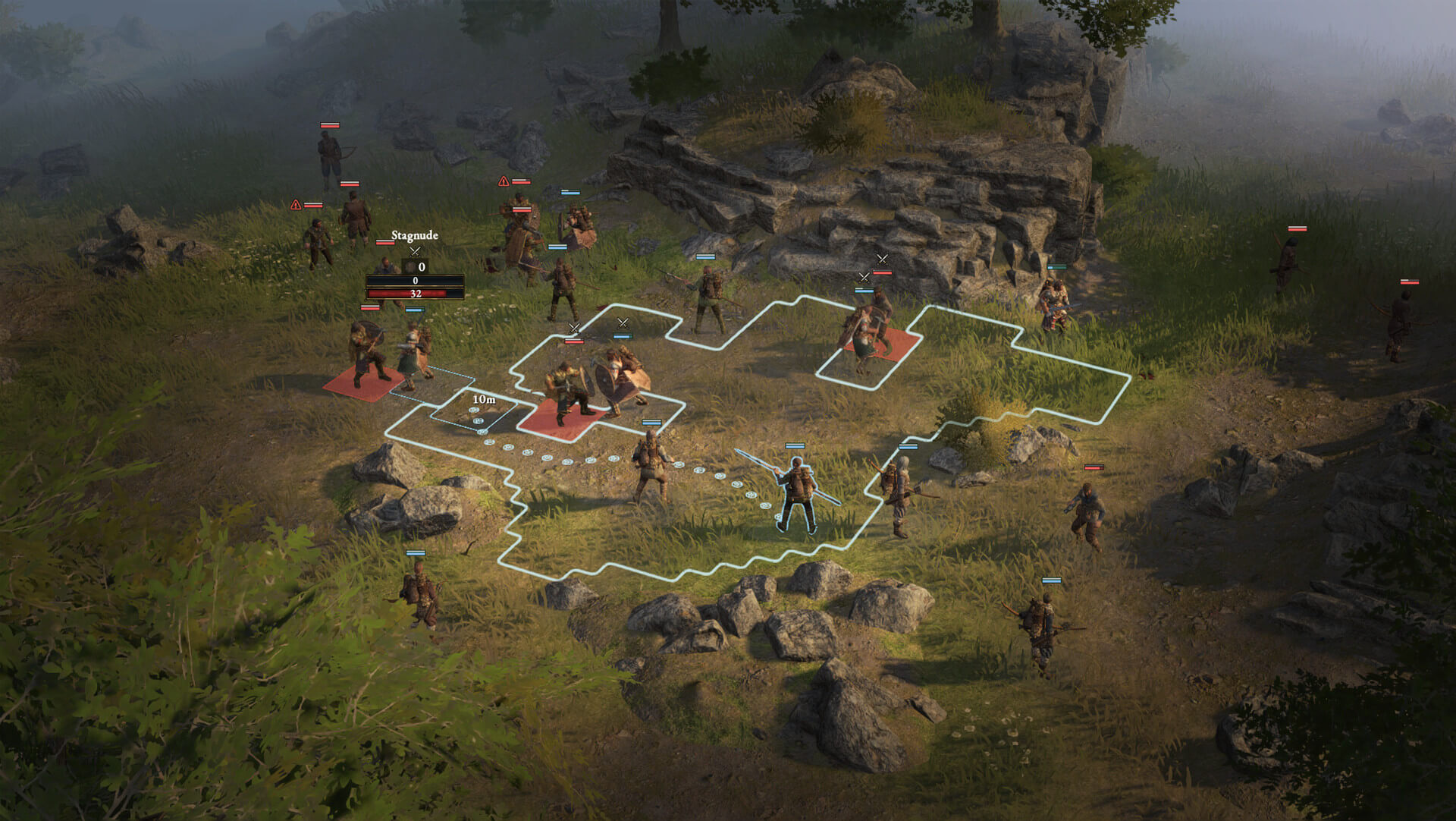 After starting the adventure, you can loot the resources around you. It is possible to satisfy the hunger of your team by looting the fruits around you. If you get close enough to the enemy units to notice you, they will chase you. When your enemies reach you, combat begins.

Wartales' strategy theme also comes to the fore during combat. You can see your characters and enemies on an isometric chessboard. You can position your characters before the battle begins. As a classic tactic, we recommend placing your ranged warriors in the back rows and your melee warriors close to the enemy.

Is Wartales a Turn-Based Game?

Yes, since Wartales has turn-based gameplay, you should first look at the rounds in the lower left part of the combat screen. Each character can act when it's his turn. Accordingly, you should analyse the weapons and ranks of your companions and enemies. Wartales is a game that treats the player cruelly. When you just start the game, you can see the Game Over screen after your first combat. That's why you need to strategize and use your limited resources effectively while fighting.

As a simple strategy, we recommend using a melee companion with high damage against ranged opponents. Ranged fighters often have a disadvantage in melee fights. At the start of the game, your companions will have low damage.

Wartales is a game with an isometric perspective. For this reason, the environment and character designs are not detailed. But the game has a realistic universe and atmosphere. Forests, streams, cities, and wildlife are impressive.

Is Wartales Worth Playing?

If you like games with realistic gameplay and want to make war strategies, you should try Wartales.