The basis of the game is to camp with your soldiers and manage them tactically on the battlefield while fighting enemies at the same time. The game has a first-person perspective, and you are not always on the battlefield. If you want more information about Warlord Britannia, keep reading!

Warlord Britannia is a game with a first-person perspective. At the beginning of the game, you must set up a camp with your 12 ordinary soldiers. Your weapons and items are located at the bottom right of the game's screen. For example, you can see the shortcut transitions of items such as sword, bow, pickaxe, and torch on the hub screen at the bottom right.

It is possible to give orders to your soldiers. By using the R hotkey, you can have the soldiers follow you or wait in a position. When you open the game's map, you will see different camps marked in red. Your main goal in the game is to conquer the map by conquering all the camps.

To conquer the map, you must first produce resources. You must choose an area that will be your home base and your soldiers' home base and plant your kingdom's flag there. The place where you plant this flag becomes your army's home base. You can use the pickaxe in 3 hotkeys to reach the crafting menu of the game. It is possible to see your crafting options by moving the mouse wheel. Don't forget to set up tents in your base where your soldiers can rest first!

One of the gameplay mechanics that you should be careful about is the enemy units randomly roaming the map. There will be enemy raids in the area where you set up your camp. Since you have limited resources at the beginning of the game, you must make careful choices in the field of defence and attack. We recommend that you protect your camp until you develop your camp and add enough guards to it. 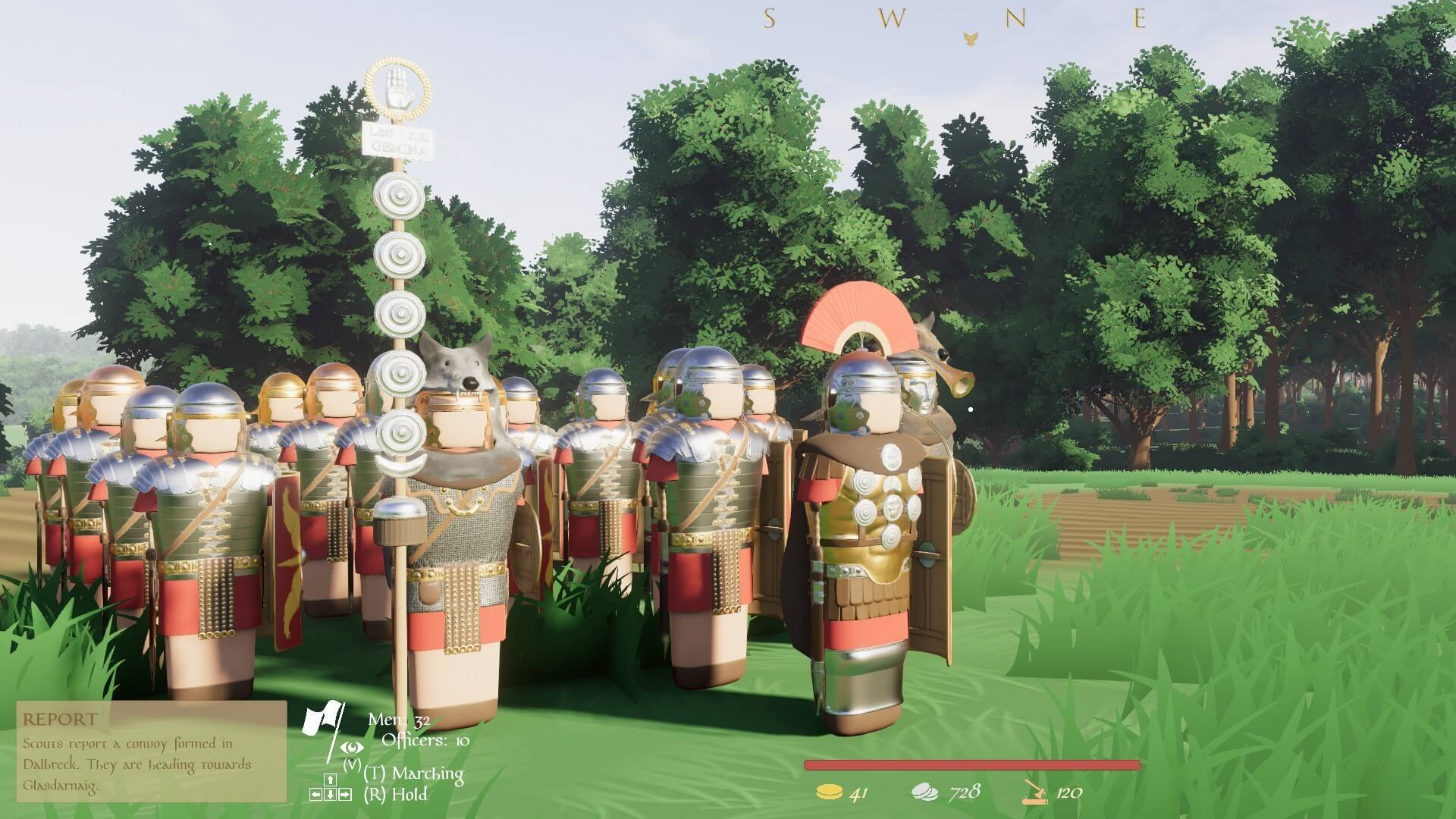 Warlord Britannia is a game that gives importance to the gameplay rather than the graphics of the game. Although the game is designed in 3D, it is a game with small characters in the style of lego. It ensures that the game has low system requirements while preventing the graphics from being realistic. In addition, the colour choices of the game consist of vibrant colours. The game has a first-person camera angle, so you don't have a chance to see your character from the outside.

Is Warlord Britannia worth playing?

If you like games where you develop military bases using limited resources and try to conquer the whole map, Warlord Britannia is the game designed for you. The simple structure and fun gameplay mechanics of the game will give pleasure to every player.