Written by the author Dan Abnett, story of Warhammer 40,000: Darktide will highlight a group of Inquisitorial agents who investigate a potential suspect.

The game is a new cooperative action shooter for four players that takes place in the Warhammer 40,000 universe. You play the role of an Imperial Guardsman fighting against endless enemies in an almost unending war.

The seeds of corruption are growing in the hive and threaten to become an all-consuming tide of darkness. The city is under threat from a mysterious, sinister force that seeks to control it all. You and your Allies in the Inquisition must defeat the enemy before Chaos takes control of the city. The game focuses on team combat , allowing players to work together to survive against hordes of enemies and complete the quests. Players will battle the environments filled with dangerous enemies and deadly traps as they attempt to uncover the secrets of the planet. Along the way, they will find powerful weapons and equipment to aid them in fight.

Darktide is located in the Milky Way Galaxy. Humanity is living under the rule of a religiously totalitarian government. The Emperor, a pseudo-human being possessing immense psychic power, lead humanity from the ashes and created The Imperium. It was a secular empire focused on reuniting humanity's fallen empire. However, his closest lieutenant betrayed him in the service of dark Gods. He is placed in pseudo-comatose status back on Earth and slowly poisoned through false religious worship.

Darktide's heroes were nicknamed "The Rejects". They are a group made up of criminals, outcasts, and others who have been recruited to work for the Inquisition. The Rejects then go on to investigate an outbreak in plague and heresy in Tertium Hive. The character creator allows you to create your own Rejects. These characters can be personalized with different loadouts and faces. 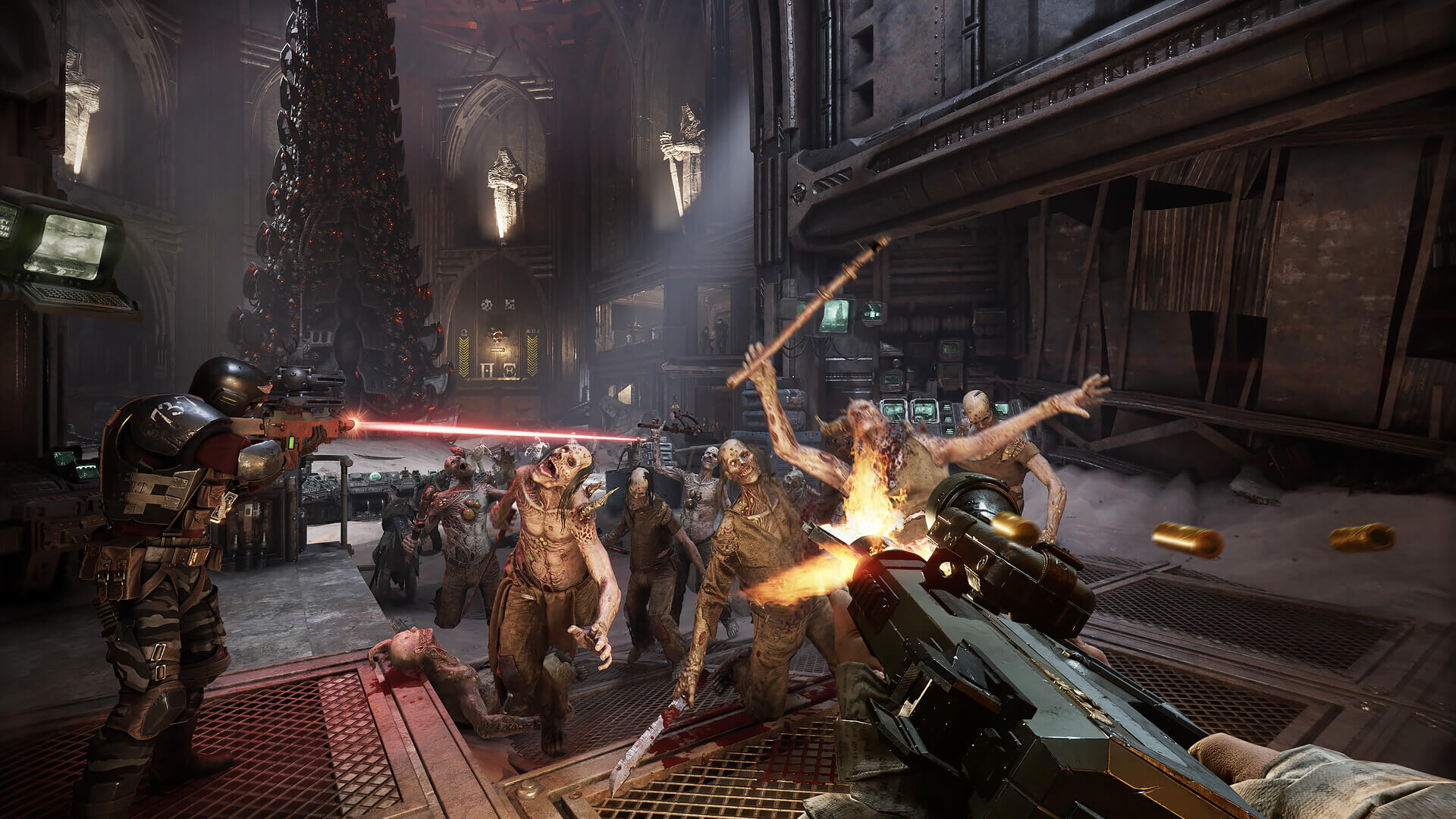 There are four archetypes available: the ogryn, veteran, zealot and psyker. Each archetype can specialize in its own class. Each class has its own skills and abilities. The zealot's preacher is a faster melee attack class. They also have a class ability that allows them to charge at targets, locking them in hand-to-hand combat. They can also throw a Stumm gas grenade and take more damage for each gram of health lost. 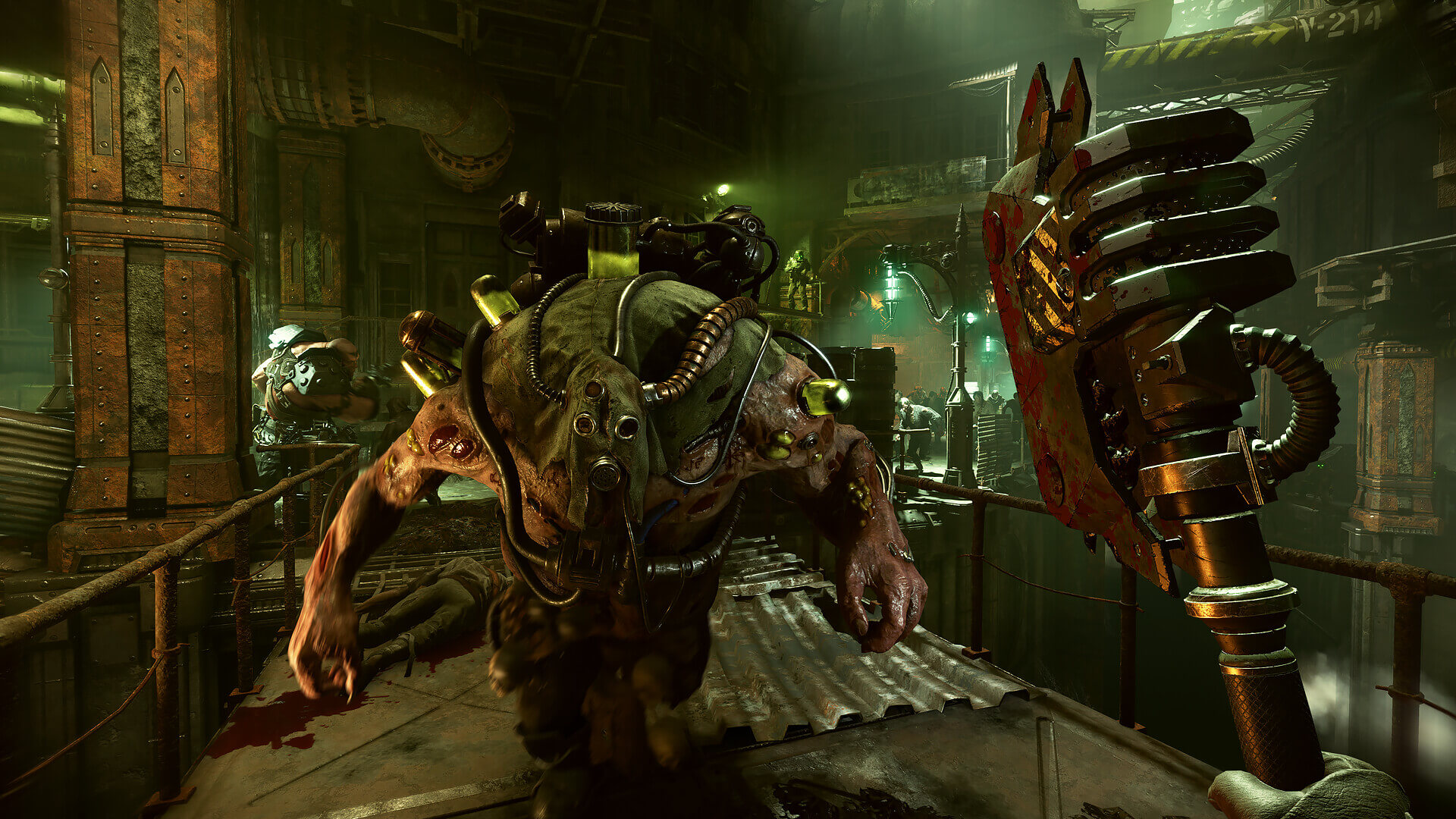 Nurgle, a Chaos god of pestilence with an amazingly good sense humor, is the main villain. Grandfather Nurgle is the Lord de Decay. He tirelessly experiments on new diseases in order to induct everyone into his garden. It's an organic and festering realm of existence. You don't want to be in the Nurgle garden.

Darktide is located in Tertium, a hive town on Atoma Prime. These cities are vast and complex, with a large population of corrupt diplomats, warring gangers, and a few million hardworking people who die very quickly. While planetary governors and high ranking Imperial agents live in the hive city's spires above the citizens, the city's underhive corridors are where the majority of its inhabitants form gangs and fight for territory.