Hi, My Name Is: REGGIE

Everyone's favorite nerd has entered The Beyond! 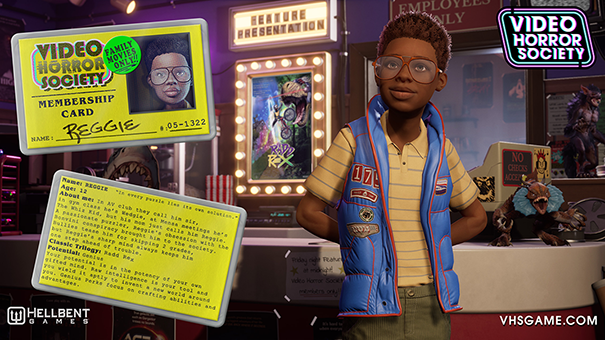 Introducing Reggie, Video Horror Society’s newest playable teen! He may be little, but this whiz kid knows his way around a crafting table.

Complete with the RADD REX movie trilogy, a closet full of calculus-chic cosmetics, and exclusive grindable content, Reggie is a lot more than meets four-eyes. And he’s not a bad shot with a ray gun either!

Reggie’s not just a nerd, he’s a total Genius! Level up your crafting with Reggie’s character exclusive Genius potential.

His potential is in the potency of his own gifted mind. Raw intelligence is his tool and he wields it aptly to invent a new world around him. Genius Perks focus on crafting abilities and advantages.

Perks of Being a Genius

Arcade Hero
Each time another teen dies during a match, Arcade Hero gains a token. Each token increases the speed at which you craft weapons.

Steady Hand
Each time another teen dies during a match the distance at which you can be heard crafting alone at a station is reduced.

Nerd by day, arcade hero by night, Ronald Exely is just a regular kid. But everything changes when he beats the boss and is suddenly sucked into his favorite game! To save the ravaged world within RADDRAPTOR, Ronnie must go from zero to hero to become RADD REX, the true savior of RADD! 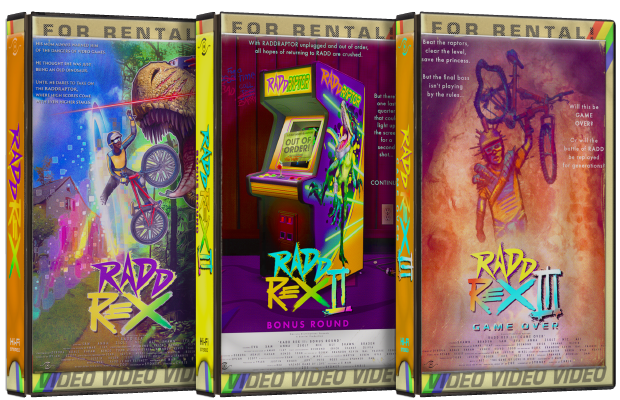 When his Bonvini obsession spawned a portal to The Beyond, Reggie used his AV skills to call for help. You answered. Catch up on the ARG at community member Troqie’s site.

Thanks to your decrypting skills, Reggie hacked the mysteries of Bonvini’s Beyond... but he wasn’t alone. Deathwire trapped him in a realm with 0% chance of escape- yet Reggie did!

Reggie returns to his friends with more questions than answers: Why did Deathwire power on? What’s beyond the rift? Did he find what Q sought on his quest through The End?

“In every puzzle lies its own solution.”