If you like tower defense and Auto Chess games, we recommend you take Tiny Tactics to your radar. Your main goal in the game is to defend against waves of enemies with the soldiers you place in certain areas of the map.

If the enemies break through your defense you lose, but if you defeat all the enemies you win. You also need to strengthen your soldiers and position them strategically and correctly. Each soldier has unique stats and characteristics. If you want more detailed information about Tiny Tactics, keep reading!

Your main goal in the game is to strategically position your soldiers on the given map layout and protect your base against enemy waves. For this reason, elements such as the line of sight of your soldiers are important when positioning your soldiers. It is also possible to improve your soldiers and make them stronger. You can get a stronger soldier by bringing two same soldiers. For example, if you buy two Captain's soldier units, the two of them will be combined to reach a stronger Captain level. If you bring two second-level Captain soldier units, they will combine into a level three Captain character. As your soldiers improve, their base stats and HP will increase. Thus, you will have a more effective soldier on the defensive line.

Each soldier has a base class and trait. For example, the captain character is included in the Spartans class and the Knight trait. If you deploy troop units with the same classes, you will get buffs and advantages. Also, if a soldier has the Scout trait, that soldier can be deployed in the bushes. 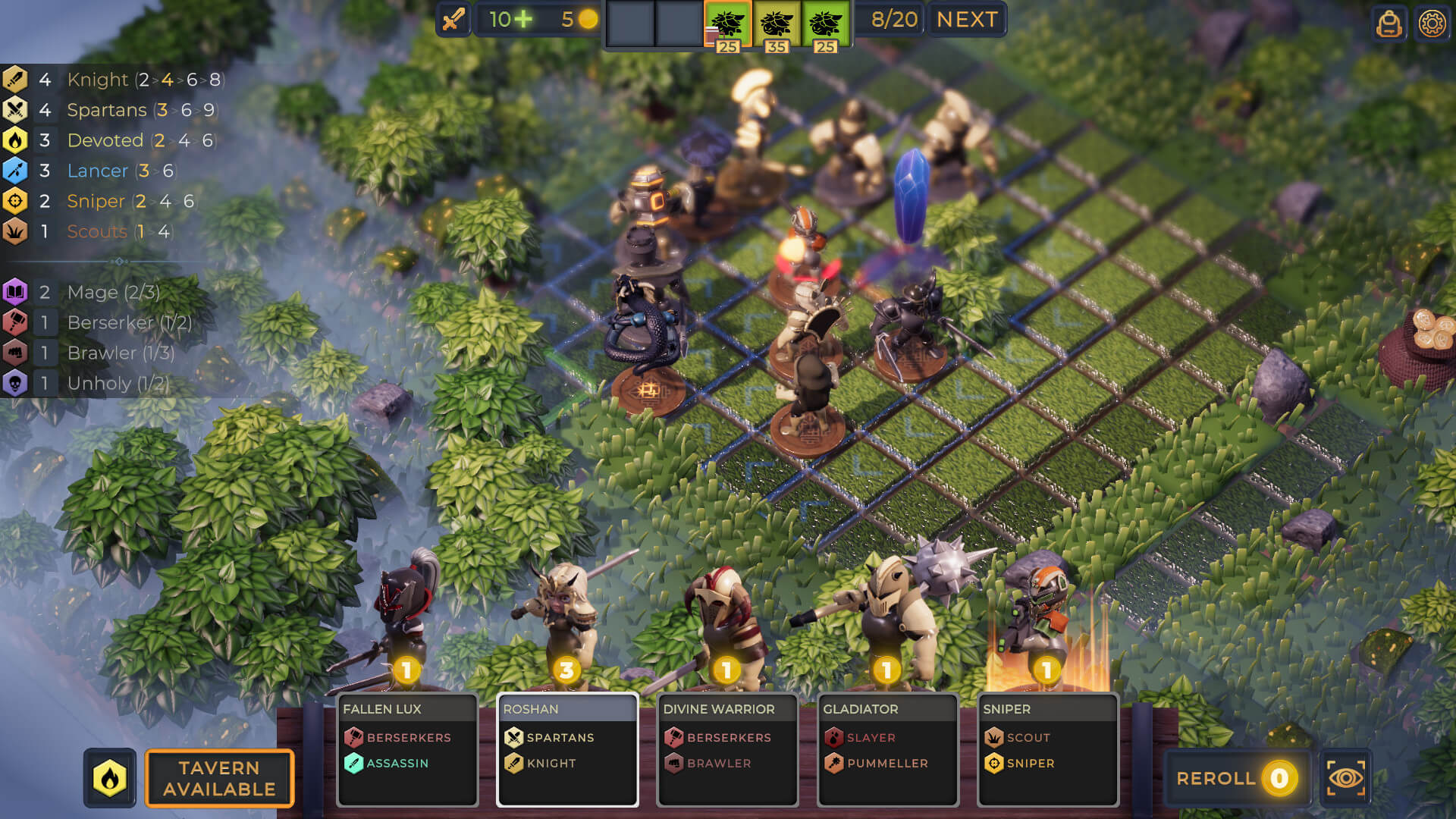 Apart from these, you gain talent points every time you complete a level. You can spend talent points to unlock new units and give your soldiers additional abilities.

Is Tiny Tactics Worth Playing?

If you like auto chess and tower defence games, Tiny Talent is a game designed for you. The strategic structure and gameplay mechanics of the game are successful.