Skyrim is a role-playing game with a simple combat system. The game takes place in an era where there are no firearms, swords, bows, and magic fought. In addition, during the period of the game, dragons began to come to life. Skyrim is a game that will attract the attention of every player with its stories and random events in many ways.

There are various weapons such as ax, greatsword, dagger, and sword in the game. If the weapons in the game are not enough for you and you want to use different weapons, we have listed the best weapon mods for you!

Skyrim has a unique smithing system. To craft stronger weapons, you need a stronger blacksmithing level and stronger raw materials. But if the number of craftable weapons in the game is not enough for you, you can craft more weapons thanks to the Immersive Weapons mod. This mod allows you to craft different weapons with the resources already in the game. This mod is designed to be lore-friendly, so you can continue playing without changing the main story or theme of the game.

Sword of the Ancient Tongues

Although Skyrim is a Dragonborn-themed game, there is no unique Dragonborn-themed weapon in the game. It is possible to close this deficiency with the Sword of the Ancient Tongues mod. This mod adds a lore-friendly unique one-handed sword to the game. There is a quote on the sword that means "Dragonborn, by his honor is sworn, To keep evil forever at bay..." in dragon language. The weapon is very detailed and designed in harmony with the characters. If you are looking for a unique weapon for the Dragonborn, the Sword of the Ancient Tongues mod will come in handy.

If you want to increase the variety of weapons in the game, one of the best mods you can use is the Heavy Armor – New Weapons mod. This mod adds 100 new weapons to the game and all of these weapons are craftable. You will also notice that after adding the mod, blacksmiths start selling these weapons. Also, these weapons are available to your enemies and bandits. 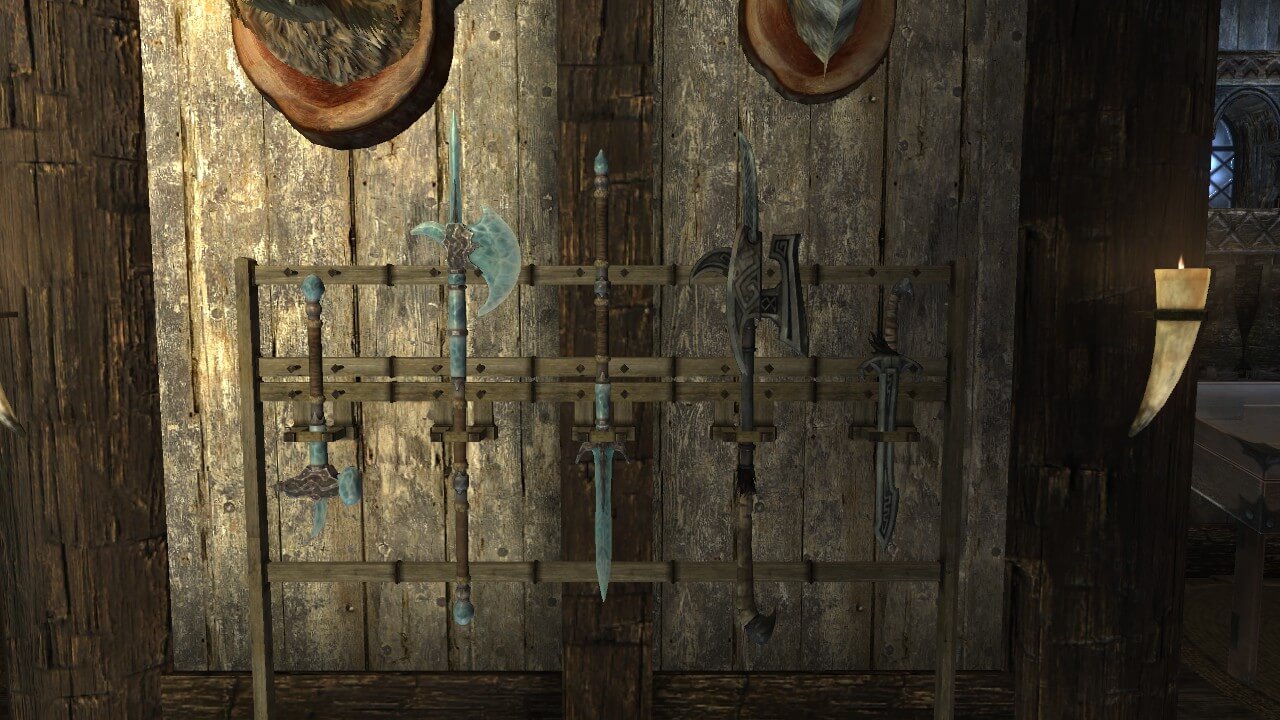 If you have decided to play Skyrim as an archer, after a while you will realize that the variety of arrows is insufficient. Although some bows provide special powers, the basic logic of arrows in the game is the same as weapons. Arrows with a higher quality material deal more damage. However, there are no arrows that create a status effect in the game. Elemental Arrows mod is an arrow mod where you can use spells such as poison, ice, and fire at the tip of the arrows. Players who want to add different arrow powers to the game should use this mod.