If you like action shooter games with fast and fluid gameplay, Rollerdrome is the game designed for you. Your goal in the game is to kill your opponents while skating and avoid their shots.

Although the game has simple gameplay, the combination of skating mechanics and shooter mechanics makes the game interesting. Rollerdrome, where you have a third-person perspective, also switches to FPS in cutscenes. Rollerdrome is a game that stands out with its different gameplay mechanics. If you are looking for more detailed information about the Rollerdrome, keep reading!

Rollerdrome's first gameplay mechanic is roller skating. You must skate to move around the map. It causes the game to progress fluently and quickly. In addition, the character skating animations are high quality. You also need to jump with skates. If you hold down the jump button, your character will jump higher. To jump over obstacles, to change positions, or to speed up, you must skate.

You have two pistols in the game. To reload your pistols, you need to do acrobatic moves with the skate. For example, you can reload while jumping and somersaulting. Also, if you shoot after jumping high, the slow-motion effect will be activated. Thus, you can make accurate shots while in the air.

You will see a line while your opponents are shooting at you. By dodging this line, you can avoid your opponents' shots. You can use the dodge action at every stage of the game. The basis of the game is to dodge the opponent's shots and shoot them with the slow time effect. 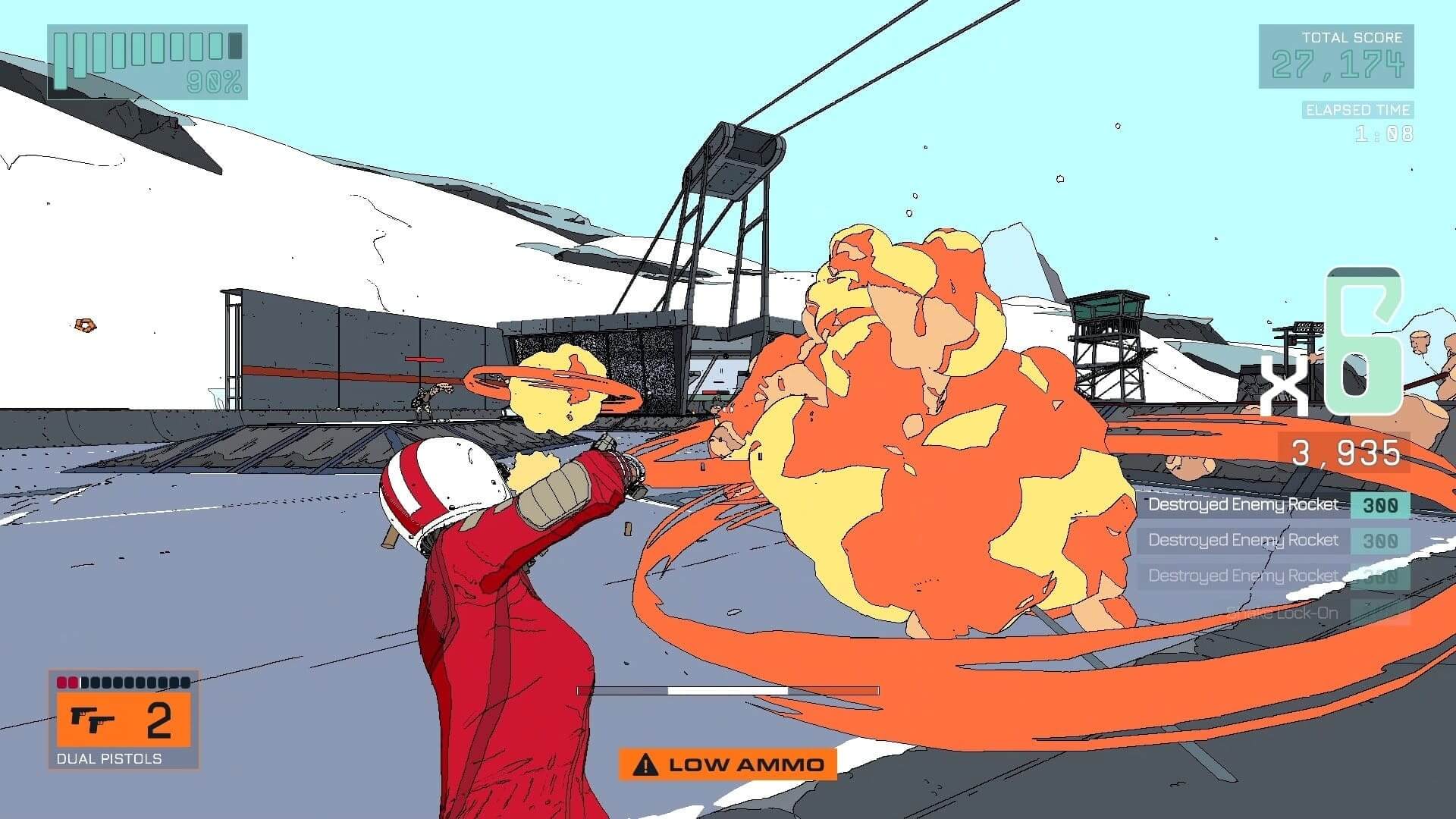 If you kill an enemy, the loot you can regenerate will be reduced. For this reason, it is possible to regenerate life even if you take damage during the action.

Rollerdrome has a graphic structure that looks like it's straight out of a comic book. Characters and objects have sharp outlines. In addition, the coloring of the game is vivid and bright in the style of comics. It would not be wrong to say that there is a connection between gameplay and graphics. 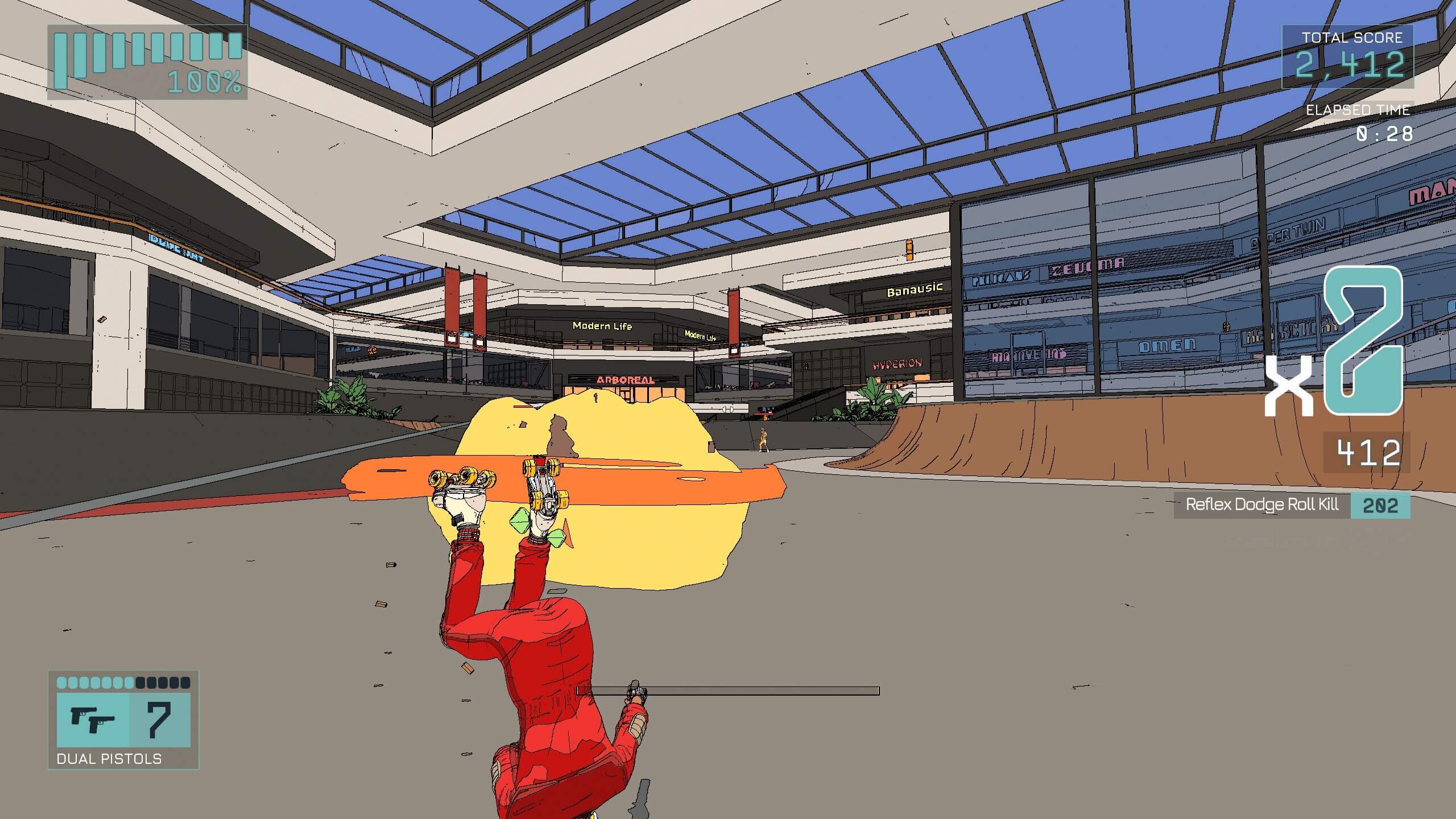 Is Rollerdrome worth playing?

If you are looking for a shooter game with different gameplay mechanics, we recommend you try Rollerdrome. With skate mechanics and comics graphics, Rollerdrome will give you a different experience.