If you like games with building mechanics set in the open world, Raft is one of the games that will interest you. The game is a co-op game with loot and build-based gameplay in a universe formed by the sea and islands.

If you are looking for a survival game with a sea theme and building that you can play with your friends, Raft may be the ideal choice for you. Read on to learn more about the game!

To loot in the game, you must catch the barrels in the sea with a fishing line or you must go into the sea and carry those barrels to your boat. These barrels contain important resources such as food and raw materials. Unlike other similar games, Raft does not have a chance to cut trees and get wood because it takes place in the sea. For this reason, you need to collect the barrels and crates on the sea around your boat. It is one of the most important features that distinguish the game from its peers. Although the game is challenging in the beginning stages, it will become easier as you enlarge your base, namely your boat. 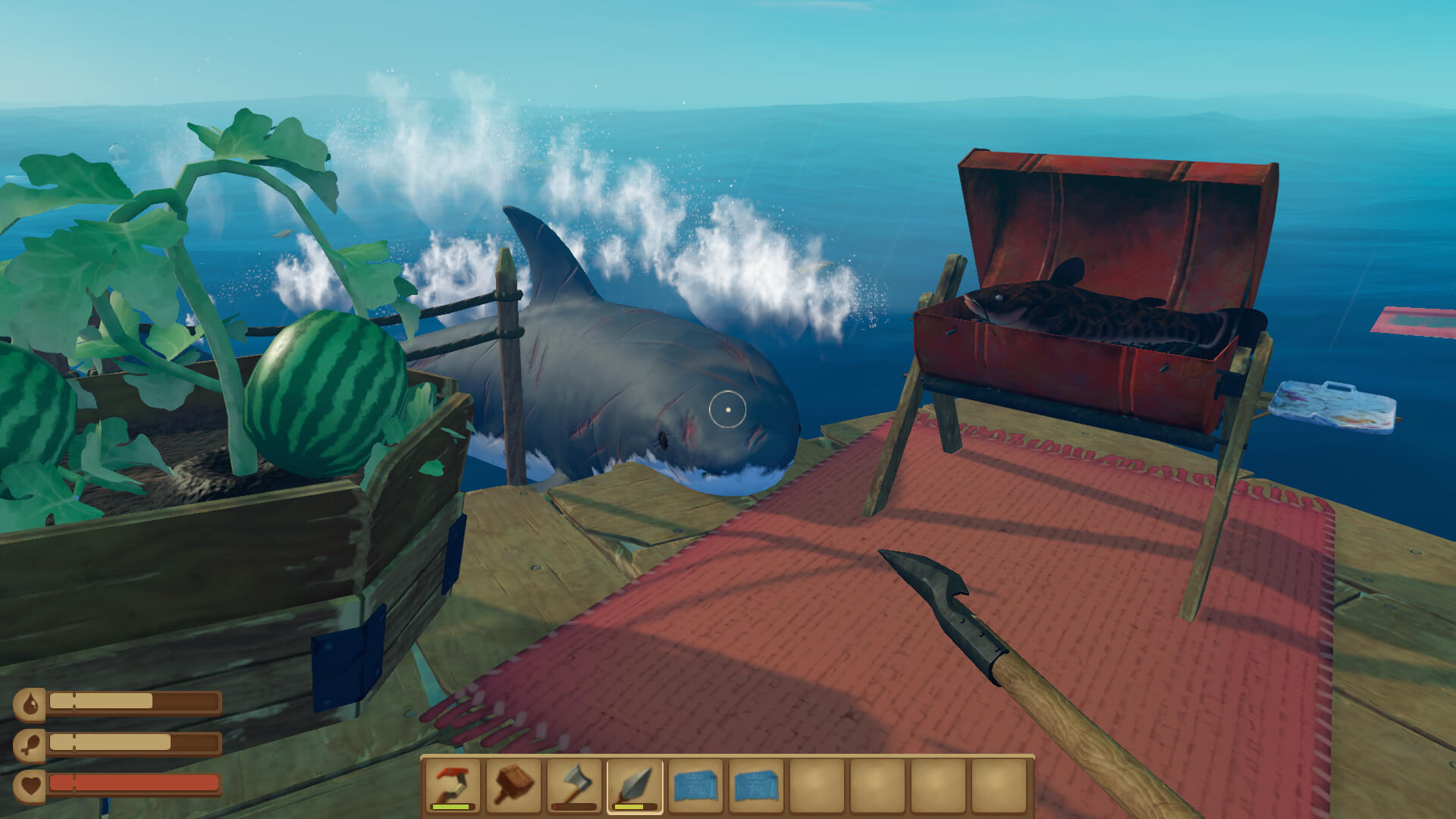 There are three main dangers in the game that you must deal with. The first of these dangers is your character's hunger bar. If your character's hunger bar drops to zero, your character starts to lose life points. The second danger in the game is the thirst bar. If the thirst bar drops to zero, your character will become exhausted and will start to lose life points after a while. As an environmental hazard, you must fight against sharks. In the beginning stages of the game, since your boat is small and you do not have any weapons, sharks pose a great danger to you. As you progress through the game, sharks will cease to be a serious threat.

Like every survival game, Raft has its own craft menu. Although craft items come mainly from barrels and crates found at sea, you will come across islands and sunken ships as you progress through the sea. It is possible to find more valuable loot than those found in barrels on islands and sunken ships. For this reason, when you see a sunken ship or island, it will be beneficial for you to sail towards it.

The raft has a player capacity of up to four people in total, either online or co-op. For this reason, you can have a common experience with people you do not know from the online option or spend fun hours with your friends. If you have a group of friends with whom you have experienced co-op survival games, the fun of the game increases several times. If you play the game with four people, your loot speed is quadrupled. Thus, you can build a wider base and fight the dangers that you will encounter in the game more easily. 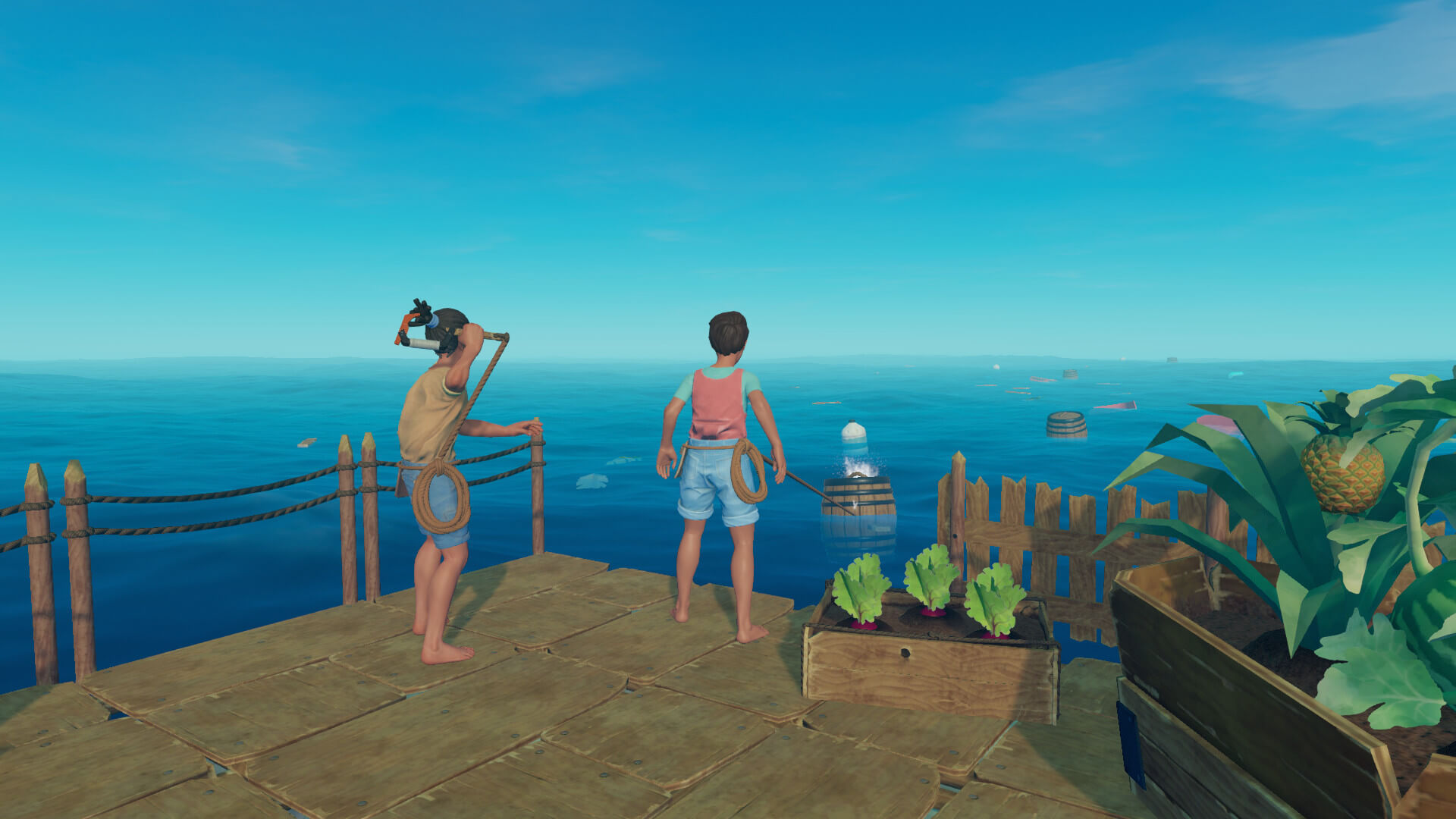 Raft is a game with animation-style graphics. Since the game takes place in the sea, the most common color you will encounter in the game is blue. The sea of ​​the game is sometimes designed as transparent and sometimes dark. If you can't see what's under the sea, I suggest you act carefully.