In this review, we have gathered everything you need to know about the newest puzzle game Quadrata. If you like challenging puzzle games and minimalist design, this game is for you.

From the enjoyable aspects that make it excel in the puzzle genre, to its aspects that do not excite us that much, we will go over the game as a whole.

Quadrata is a puzzle game where you control two different fields at the same time and try to reach the finish point with a limited number of moves. If this definition seems confusing to you, don't worry, it's not easy to understand the mechanics of the game without actually getting your hands dirty. But after the first few levels, you will understand what you need to do and how to do it.

Everything You Need to Know About Quadrata

How to play Quadrata?

Quadrata has a few basic rules. First and foremost, you have to move two icons on two different fields at the same time. You can't move forward in the left field first and then keep moving with the right. The difficulty of the game is establishing the most optimal movement strategy that will work in both fields with the lowest number of moves.

The second rule is about your life count. You lose a life when the squares hit any edge or obstacle. Your goal is to complete the level by collecting all the loot on the field before you run out of lives.

As the levels progress, you will encounter obstacles. While these obstacles can help reduce your moves if you use them correctly, but they can be incredibly frustrating until you figure out how to use them. In addition, the rate at which obstacles restrict your movements also varies. While you cannot pass through any of the obstacles, you can pass through some of them vertically or horizontally. You will understand better what we mean when you see the visuals.

Another mechanic we've seen so far has been portals. Portals located in two different parts of the field provide a pathway to each other. Unlike hitting the edges, passing through the portal does not affect your life count.

When you first enter the game, a very entertaining soundtrack and an easy-to-use interface await you. From the menu to the levels, it is possible to see the importance attained to the minimalist design in every part of the game. Although the first four chapters are designed like practice rounds, the difficulty of levels from 4 to 9, gradually increases. By collecting the hearts on the field, you can increase your number of moves and complete the challenging levels more easily. 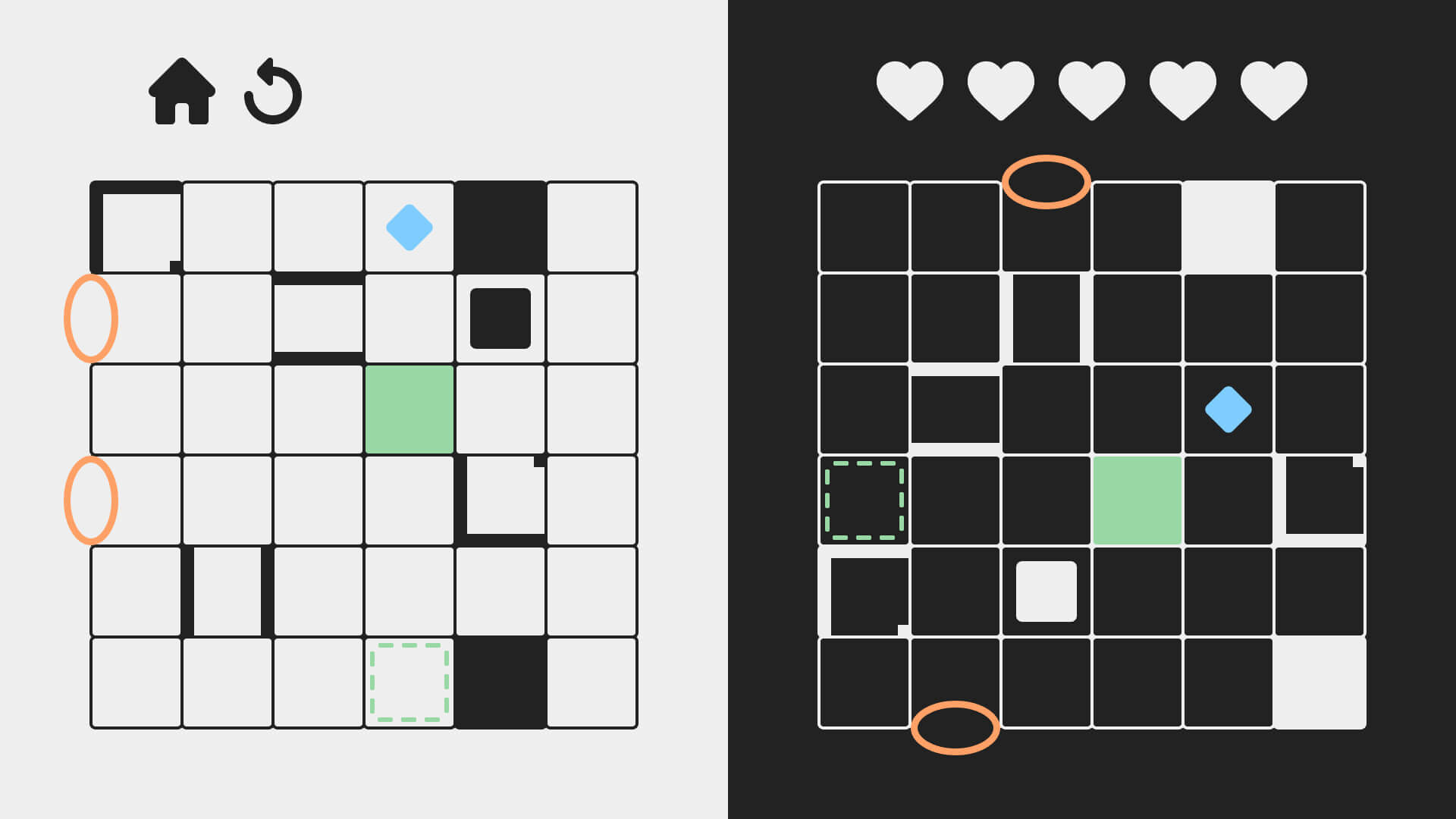 Mindlabor, the producer of the game, starts collecting feedback from the very first drafts by sharing Quadrata on all social media platforms and Discord. Thus, the game, which is completely shaped by user feedback, has the closest and ideal visuality, mechanics and level system in the minds of players who love and know puzzle games. The final version is expected to have 9 different mechanics and 90 levels. There are 9 levels in the Demo version, which you can play for free on Steam until the game releases. Mindlabor continues to collect feedback from players who play the demo. 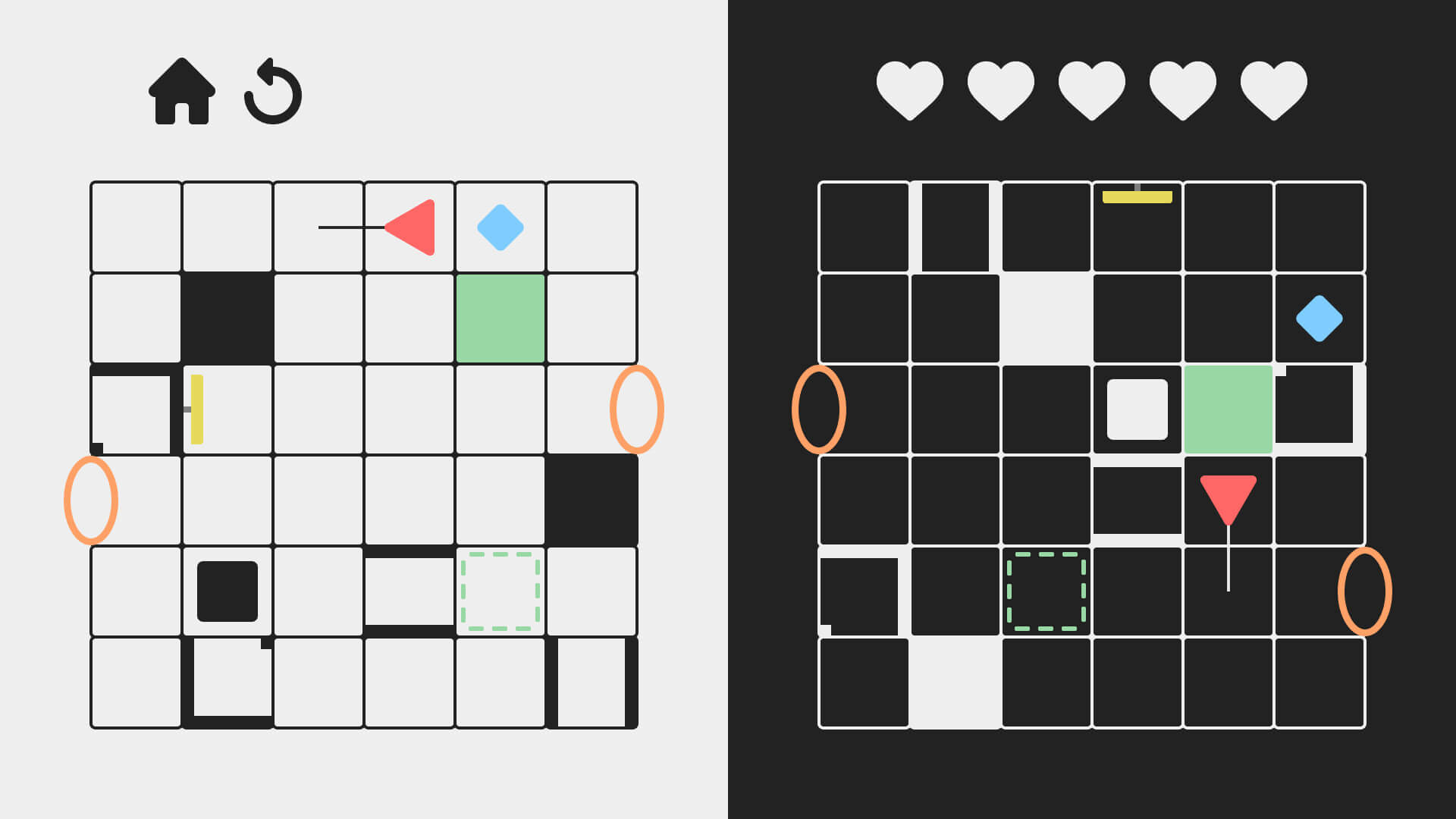 The current version of the game does not have a multiplayer mode. But if you could play with your friends remotely, I think the gameplay would be much more fun. In its current form, you can compete with your friends on who can finish Quadrata sooner from your own accounts.

Can I Farm Steam Cards from Quadrata?

Unfortunately, we have bad news for card-farmers. No cards can be dropped from the game right now. But Mindlabor has announced that the card system will be added as soon as possible.