No Place for Bravery Review

If you are looking for an apocalyptic medieval fantasy action RPG with impressive art design, pixel art graphics, and a great atmosphere, No Place for Bravery is the game designed for you.

Your main goal in the game is to follow the quest line in the linear flow and survive. You can interact with NPCs in the game and get quests from them. Also, some NPCs will give you skills or items. If you are looking for more detailed information about the game, keep reading!

There are save points in the game and when you die, you start from your last save point. You can renew your health potions and improve your skills at the save points. In this respect, it can be said that the game is in the soul-like genre. At the bottom left of the screen are your potions and throwable items. There are three bars at the bottom right of the screen. The red bar represents your HP, the green bar represents your stamina. Actions like parry, attack, and dash will lower your stamina. Finally, the yellow bar represents your poise. If the yellow bar runs out, your character will be stunned. Above these bars, you can see the amount of gold you have.

In most soul-like games, the dash system is the perfect system to evade your opponent's attacks. But in No Place for Bravery, the dash is a little clunky. Accordingly, we recommend that you use the dash to bypass platform barriers. 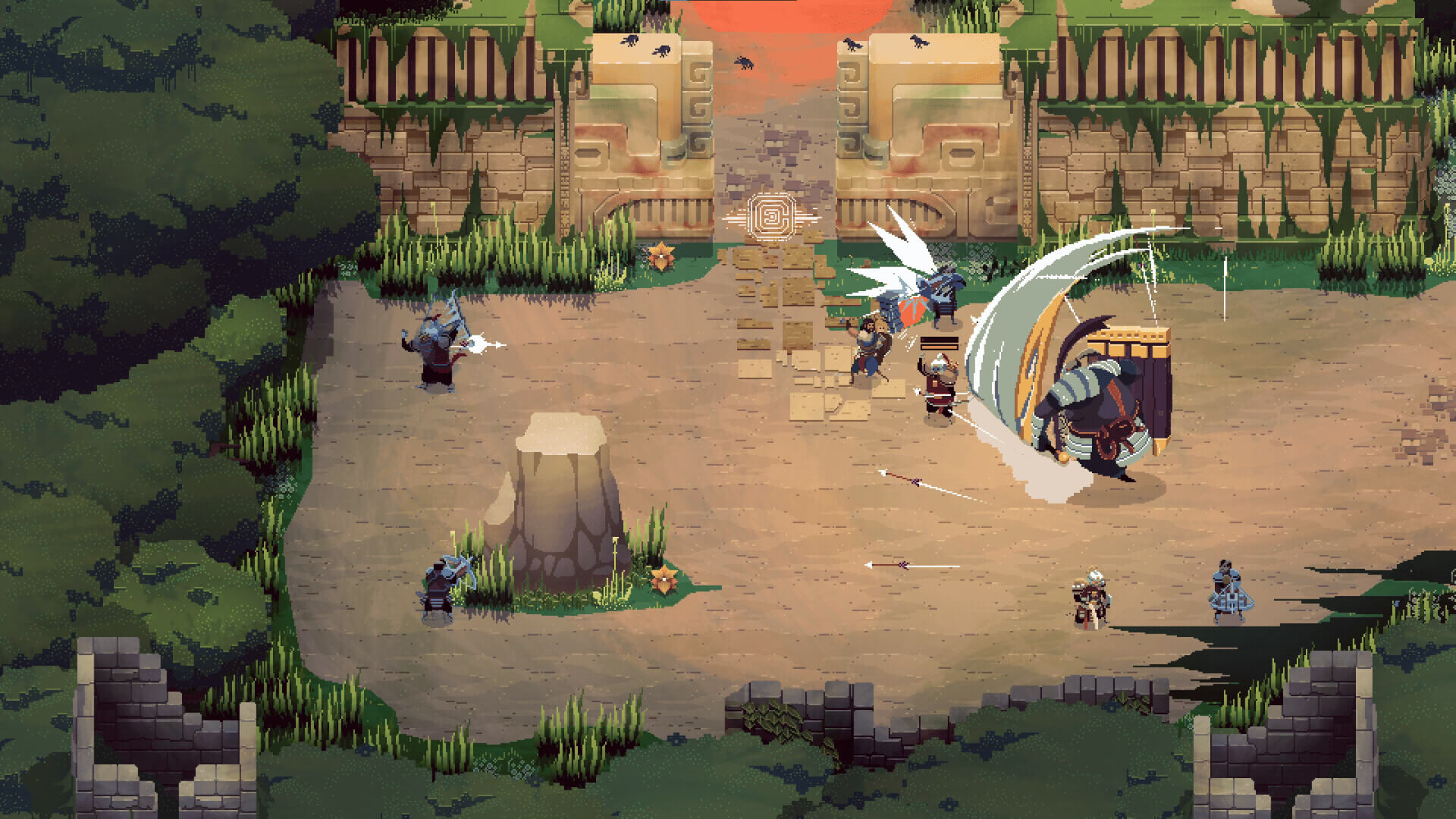 With its two-dimensional and pixel art graphic design, No Place for Bravery has an impressive atmosphere. Major characters in the game have special designs, while minor characters such as the public and army soldiers have repetitive designs. Our main character carries a sword, shield, and child on his back. Yes, we will enter the battlefield with the child on our backs.

Is No Place for Bravery Worth Playing?

If you like soul-like games with pixel art graphics, No Place for Bravery is a game designed for you. Simple as that.

No Place for Bravery streams