If you are looking for a game with a third-person perspective that combines action and adventure elements with the open world, set in 11945 BC, where we lead a white-haired android soldier, Nier: Automata is the game designed for you.

Nier: Automata has an original story and fluid gameplay mechanics. Our character carries two huge swords on her back and swings these swords using telekinetic power. You need to use these swords and the long-range fire attacks of the robot that is constantly walking by your side to damage your opponents. If you want more information about the game, keep reading!

Everything You Need to Know Before Playing Nier: Automata

The Story of NieR: Automata

The Nier universe has become dark and apocalyptic after the apocalypse. Nier: Automata, which has no direct connection with other games and only shares that universe, takes place in 11945 AD between man-made androids and robots sent from another planet. The military forces of the Nier universe are fighting to repel the robot attack. The robots in front of them are creatures that can imitate human voices and images but do not have human emotions. The name of the alliance that humans formed to fight against robots and androids is YoRHa. The main purpose of this union is to create soldiers with android bodies who can fight them in the war against robots and command those soldiers.

The core gameplay mechanics of Nier: Automata are about tracking and destroying enemies in the target area. It is possible to perform fast and fluent attacks with your character. YoRHa No.2 Type B, the iconic character of the game, is an android military weapon produced by humans. Her most distinctive feature is the huge sword she carries on her back. Using this sword, you can perform combo attacks against your opponents. There is also a robot that walks around the main character. This robot is physically small and can fly around. One of the gameplay elements is the long-range attacks you can do with this robot. Using these attacks, it is possible to push back your enemies, kill them from a distance or inflict minor damage to them.

Although the game mostly uses a camera angle looking from the back of the character, the camera angle changes according to the region you are on the map. For example, when climbing a building, the camera zooms out and you see your character from the side and from afar. The main reason for this is that you can see the enemies you will encounter better. 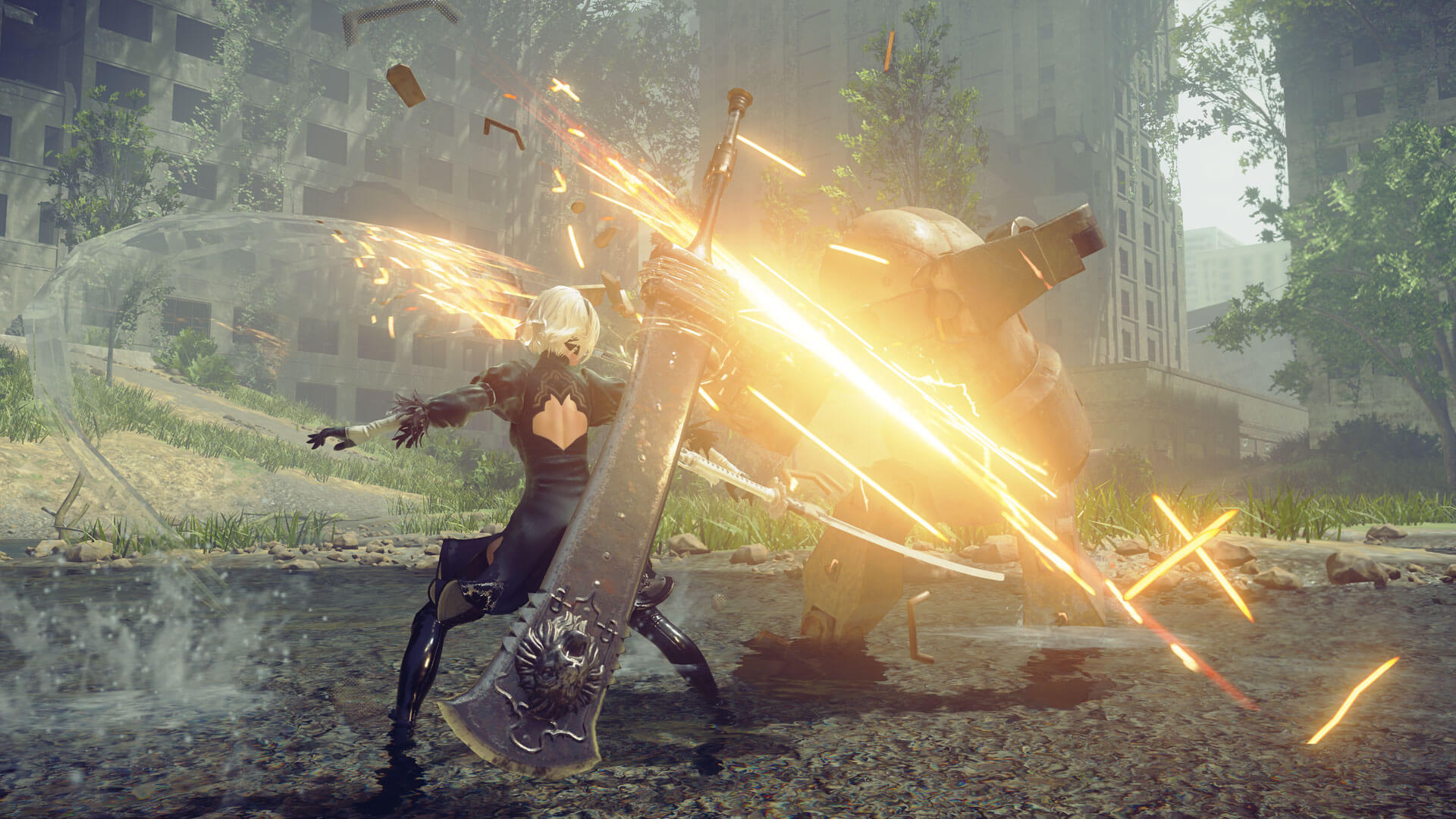 Nier: Automata has anime-style graphics and skins. It causes the player to feel as if they are controlling an anime character during gameplay. Despite everything, the graphics and coating quality of the game is at a level that can be considered good compared to today's games. Since the main purpose of the game is not to use realistic graphics, the dark atmosphere of the Nier universe could not be reflected in the game.

Is Nier: Automata worth playing?

If you are looking for a game with plenty of action, a pleasing story, and detailed dialogues that you can sit back and play, Nier: Automata is the game designed for you. If you like anime, I can say that both the graphics and gameplay of the game will satisfy you.