Hazel Sky is an adventure game about airplanes and mechanical gadgets and is only focused on storytelling. The game has an interesting storyline as it focuses entirely on storytelling. You need to advance this story with the actions of the character and the puzzles he solves. If you're curious about the game's story, keep reading!

The story begins with a boat explaining the purpose of the game. The main character learns the tasks he has to do in this part and the methods of obtaining the information that is the legacy of his family. Afterward, Shane sets out alone to find this legacy and knowledge. At the first stage of his journey, he finds a book containing mechanical information. He starts walking around the building, following the contents of this book. Most stairs are unusable because the building is old. Shane doesn't mind and clings to the sideboards, making his way.

He then goes to the plane on the roof of the building and fixes it. After Shane repairs the plane, he starts his engine and sets off for the first island where he will get the information.

While Shane tries to fly to the first island, the plane malfunctions and Shane crashes to the ground. At this stage, Shane meets a woman on the radio. After completing her conversation with the woman, Shane begins to explore the island and gather useful information. On this island, Shane understands how airplane propellers work and improves them. Thus, airplanes become resistant to longer flights. While exploring the island, Shane has to contend with the mines and harsh natural conditions. Shane builds a balloon to leave this island. This fire-powered flight device is the vehicle that will take Shane to the second island.

Shane encounters a storm during his flight. Weather conditions are rainy and lightning. Shane and his balloon cannot withstand this storm and crash towards the second island. Shane wakes up to Erin's voice over his radio. Erin is worried about Shane and thinks he is dead. Shane tells Erin that he is fine and has reached the second island. Erin gives Shane some information about the second island. Afterward, Shane begins to explore the island. Shane continues his research by operating a train on this island.

After a while, Shane realizes that he must reach a structure in the middle of the sea. Entering the building by swimming, Shane obtains information about the engine and electrical connections in this part. Then Shane returns to his cabin to assemble all the blueprints he's collected. 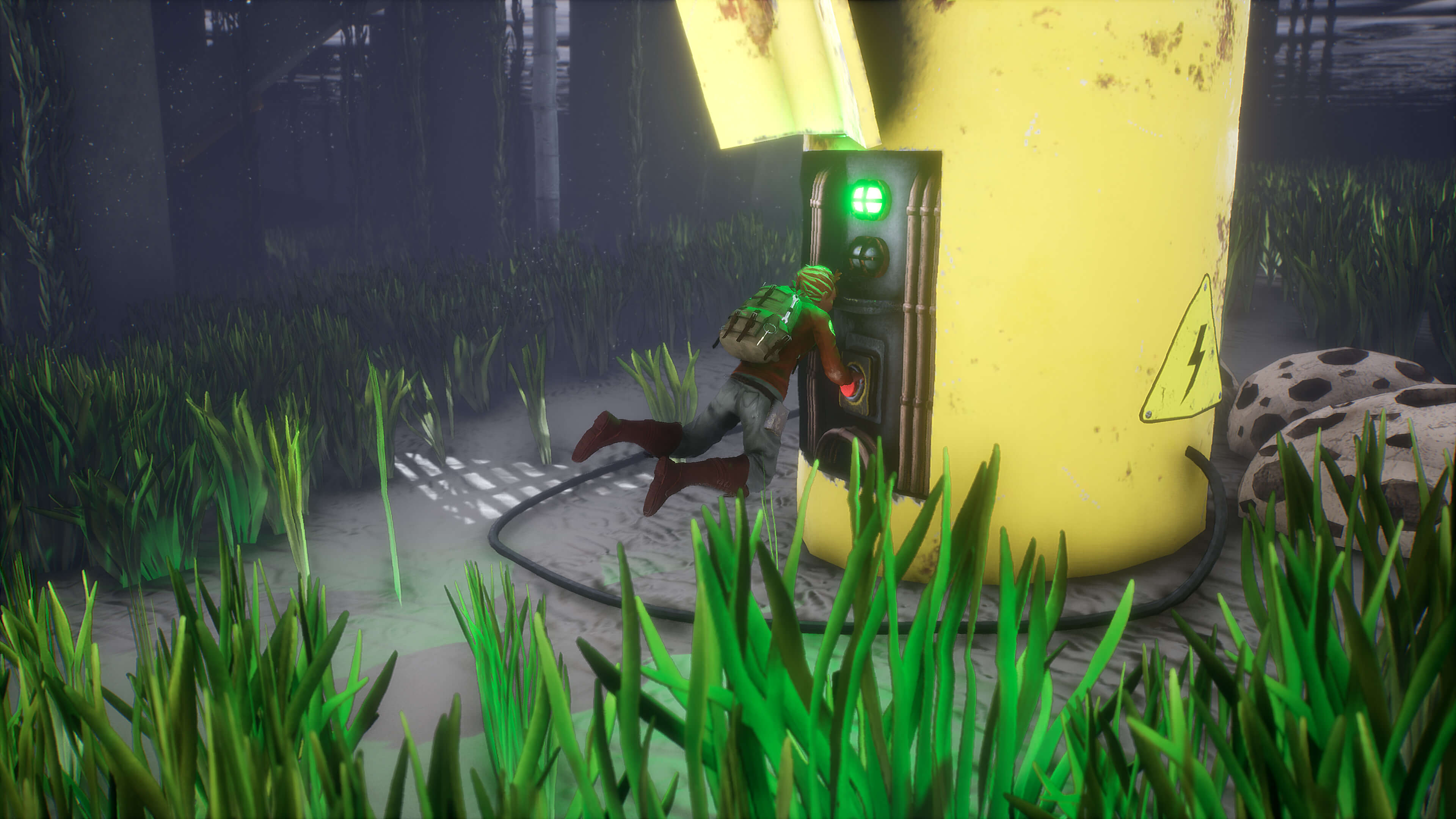 Shane creates a list of materials based on the information he has obtained from the sketches. He collects the materials he needs to design the perfect airplane from the islands, thanks to the train he has previously repaired. After Shane collects all the materials, he builds his plane. Talking to Erin, Shane starts the plane and takes off into the sky. After Shane realizes that his plane is working perfectly, he flies to Erin's location, who has been accompanying him over the radio throughout the story.