Time to benefit from all that time you’ve spent watching Queen’s Gambit. In this fast-paced 1v1 class-based, first-person shooter, challenge your friends with your chess skills. Everything is under control until the queen pulls out a minigun...

You might be thinking how does an FPS chess game work? FPS takes precedence over chess as you win duel upon duel and capture your opponent's parts until you beat their king and win the game.

Play against a friend or stranger in a regular game of chess. But, don’t forget! All your complex strategies will fall before the enemy's sniper trick shot. The truth is that you're not actually playing Chess, but FPS. You should practice your aim!

When you think you outsmarted your opponent and took their king… Check again. You are not prepared for this fight, unfortunately. Five seconds into the fight, you are already half-dead by the king’s sword. 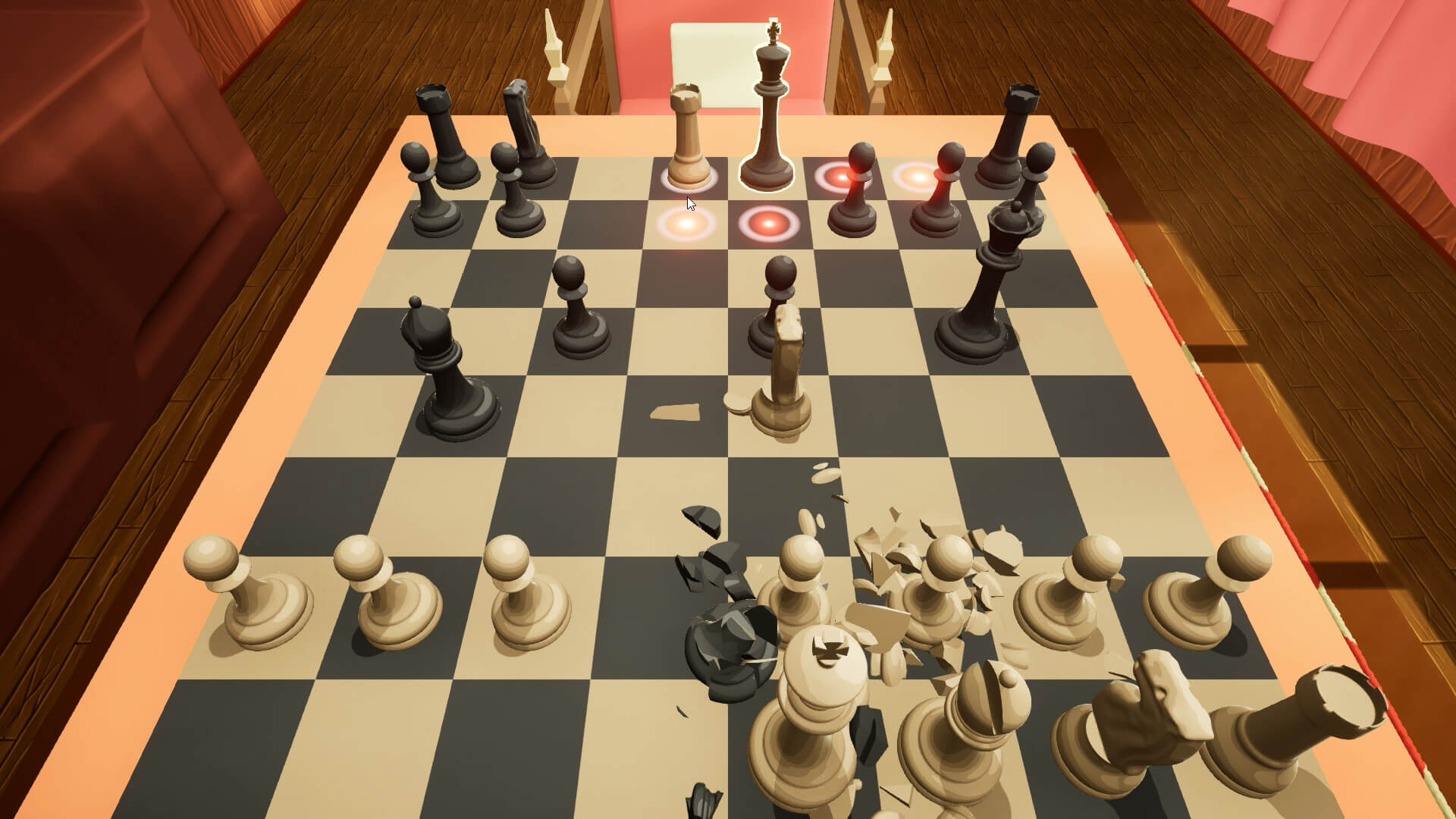 FPS Chess can be learned in two games and really be understood in a third at most. This game is much more realistic than what I would expect from a simple chess game, but it is closer to the feeling of FPS games. If you are interested in FPS, I recommend this game. If you are interested in chess, I recommend this game. The controls are very easy to master. The only problem with FPS Chess, however, is the fact that it requires a very powerful PC to run.

In FPS Chess, you will have 6 different toolkits in one with unique weapons, abilities and a variety of tools. You can play Online, with LAN, challenge your friends or find random people from the lobby. You can customize the board the match your customizable pieces. 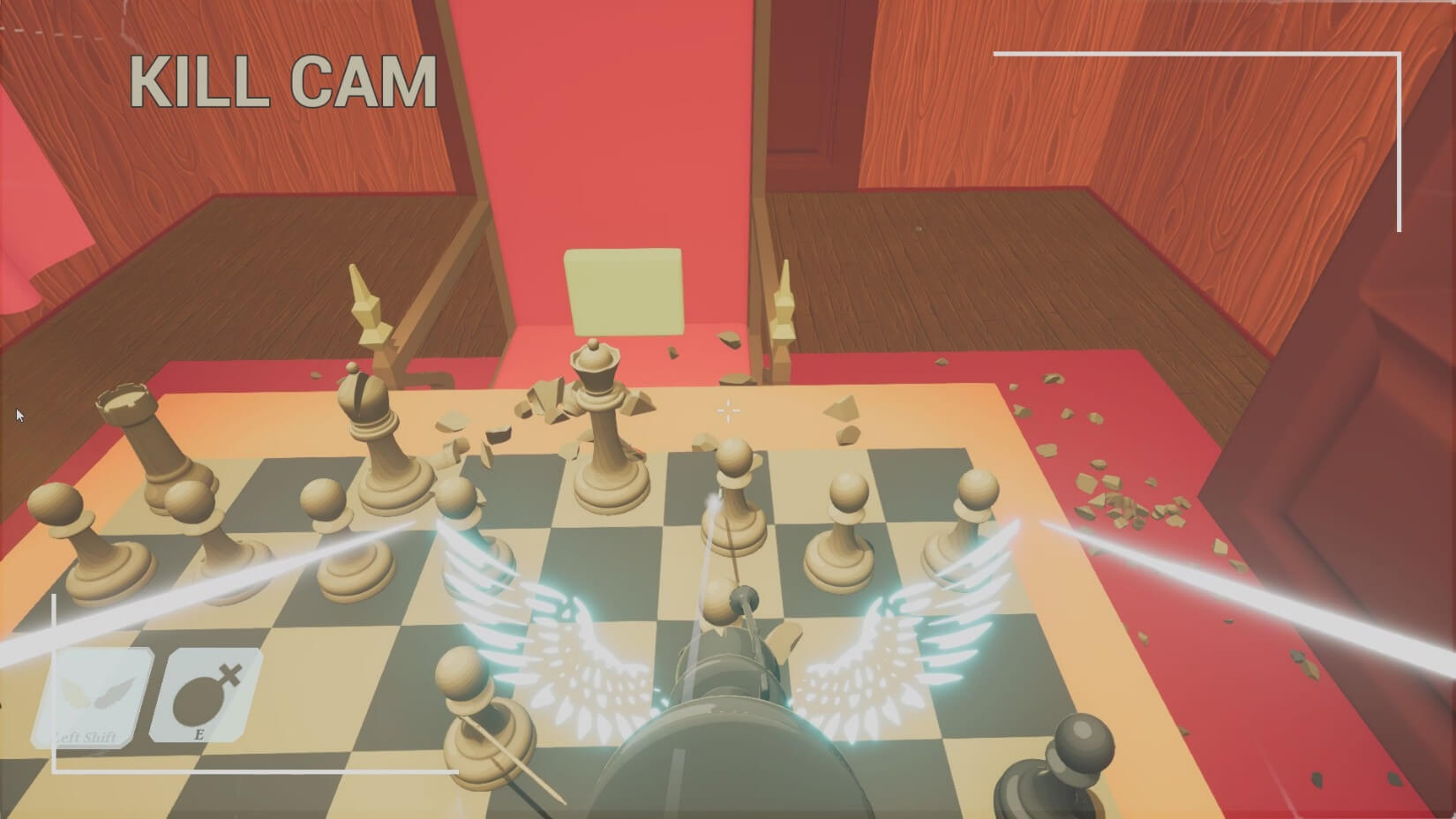 As in normal chess, if your king is killed, you lose the match. You can reach all the walls by simply holding on to "space" and you can break windows to leave the map. On an important note... touching the water causes you to die. The queen can shoot you if she throws the piece at it and it hits you. The Bishop can take his own bombs into the air, but he won't suffer any injuries.

Short-range sword with the ability to jump into space and land in a targeted ability. Can also pull all pieces of chess near him.

Fast-firing machine gun. She can fly high and can grab pieces to help block bullets.

Slow-firing, sniper rifle. It can zoom in, one shot at all ranges. You can create a wall to prevent enemy bullets with the hook.

Slow-firing shotgun, which deals high damage up close. Can also use a bomb outside his range to cause damage to enemies.

A bow that can hit all ranges. Can be used in order to reposition and damage enemies. An arrow that can alter direction to lock onto the enemy.

A slow-firing, medium-ranged gun that can sprint or summon other pawns on the board to fight.

Is FPS Chess Worth Playing?

This game was created by DigiPen students and combines tabletop strategy with shooter prowess. It's great fun to play to your strengths, figure out different matchups of parts and adapt your playstyle accordingly. This game can be a bit too demanding on your graphics card and made my computer sound like a grandpa trying to cough, but other than that… Totally recommended!