This game is just like your service in the military! Or, if you haven’t served yet, you'll feel just like you did - in a Finnish army. The main goal of the game is to offer a realistic, but funny experience of the Finnish Military Service (conscription or "intti") in the year 2011.

Finnish Army Simulator allows you to simulate the Finnish Army in a first-person perspective. It isn't your usual war game. Instead, it focuses more on the life of conscription soldiers and not on battles. It allows players to experience different aspects of army life and gives them a new perspective on the emotions, experiences, and sacrifices that come with army service. It offers a real-life experience that is both realistic and deeply involving relatable characters and stories. This game is suitable for both veterans and newcomers to the army.

Everything You Need to Know About Finnish Army Simulator

A "meta plot" will be part of the game. The player will have the ability to uncover secrets about the army that are not commonly known. The player can also keep in touch with the outside world through TV news and weekend activities, which will have an impact on the gameplay.

You remember those old-fashioned "track and field" types of games? What about "Tony Hawk," games? It will include many of the same mechanics as in childhood. There are also RPG elements such dialogues as inventory, player stats and free roaming. You will get more depth in the game.

Kit is added to the player's inventory through regular visits at the equipment warehouse ("varusvarasto") However, it is possible to get extra equipment and items. Barracks housing was designed after the bunks, stool and steel cupboards that every Finnish soldier knows and loves.All the chores are included in the game: cleaning, making beds ("siivouspalvelus") and folding the soldier's blanket ("pinkka"). 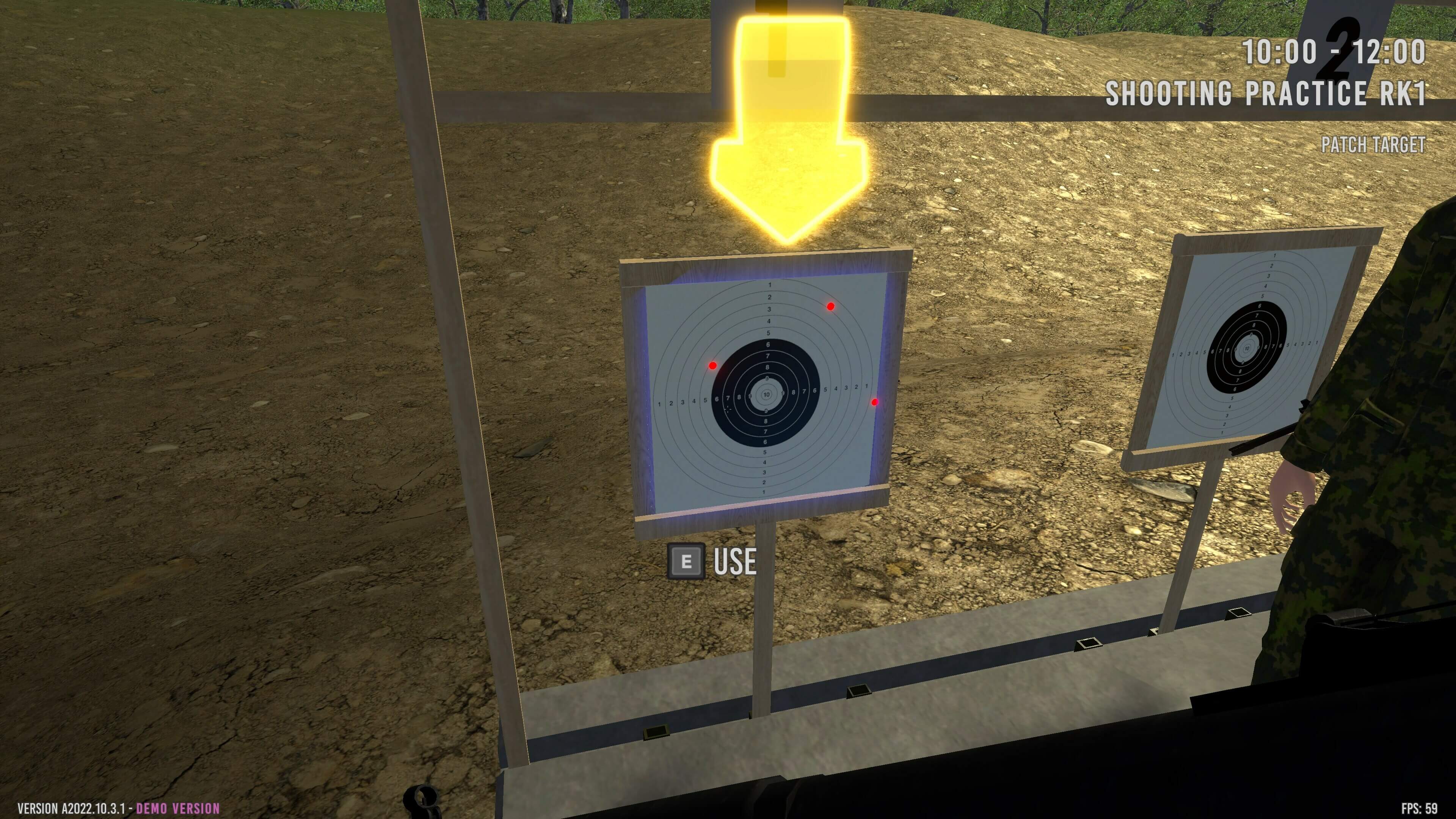 The barracks have little evidence of the outside world, so they are very much modeled after Finnish popular culture. However, outside events can have an impact on your service. The game also has many storylines that will require multiple playthroughs. Even if a Finn does not know much about military service, there are two things that they will probably know: that the jam doughnuts at the canteen are tasty and cheap, as well as that the coffee is untatable. Certain things are essential for conscripts that can't be purchased at the soldier home. For example, platoon mates might be able to purchase tins Swedish snus.

If the player has ever been through the Finnish Army, she/he can relate to the content. The game's heart is simple core mechanics, strong language, black humor, clear guidelines, repetitive tasks, and strict guidelines. 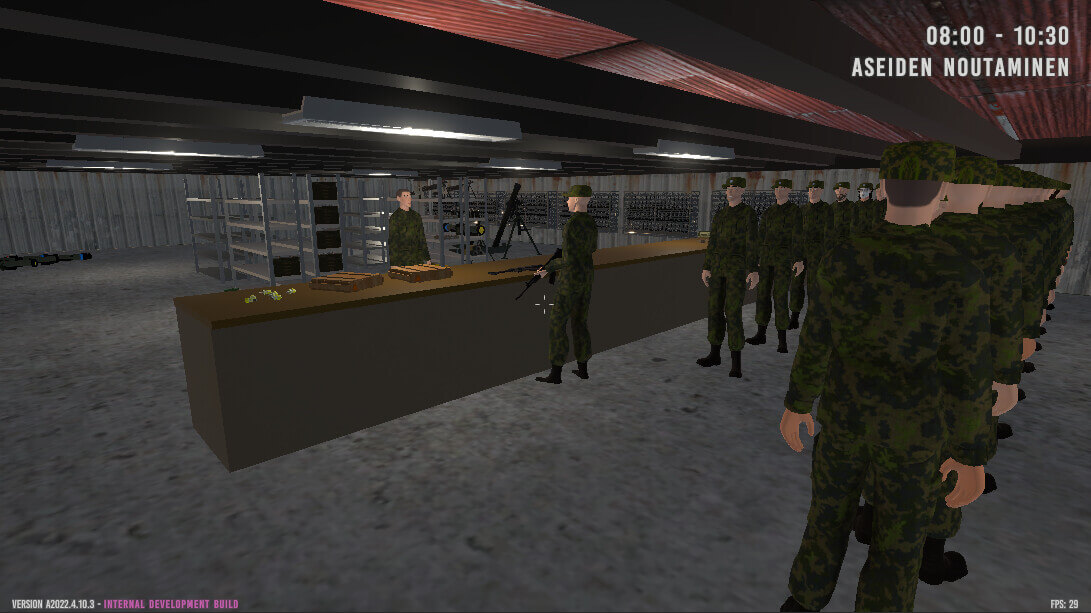 You will find classic characters from real companies in the game, such as the petty soldier who tries to attain authority by belittling or hazing. But in the end, he is only laughed at. The conscripts also have different backgrounds and intelligence which leads to funny conversations and situations very similar to real life.

The game is quite enjoyable and the story is well-written. Despite there being lots of bugs and frame rate drops still present, it is not enough to detract from the overall experience.