Esse Proxy is one of the most original games of 2022, a game that combines the cyberpunk theme, overhead perspective, and aiming game genres. The story of the game is divided into chapters. To complete each level, you must pass certain challenges and kill your enemies.

Esse Proxy is a game with an impressive theme and story, built on a very simple gameplay mechanic. The basic mechanic of the game is to shoot before your enemies and kill them before they hit you. Although this gameplay mechanic is simple, your character's death with a single bullet makes the game fun. So, you will get a sense of accomplishment while dodging the bullets of the enemies. In addition, you will get great satisfaction when you complete each level (especially the difficult ones with many enemies).

The game has a simple movement scheme. You can go up, down, counter, and left, interact with doors, roll, and shoot. The entire game contains only these gameplay mechanics. Section designs contain obstacles where you can hide from enemy bullets or cut the line of sight. Using these obstacles, you must act fast and smart to your opponents. Another impressive gameplay mechanic of the game is that when you kill an enemy, time slows down for a short time. This way, after killing an enemy, you can look at the position of other enemies and gain time to make your next move.

There are various weapons in the game that you can find on the ground or loot from the enemies you kill. Each weapon has its advantages and disadvantages. Also in the game, you control three characters with different abilities in turn. The special powers you can use once in each level are your secret weapon to complete the level, so you should use your special power carefully.

The most successful part of the game is that you can play each level repeatedly and not get bored during this time. Each enemy has a movement chart. By keeping these diagrams in mind, you can be successful in the department. 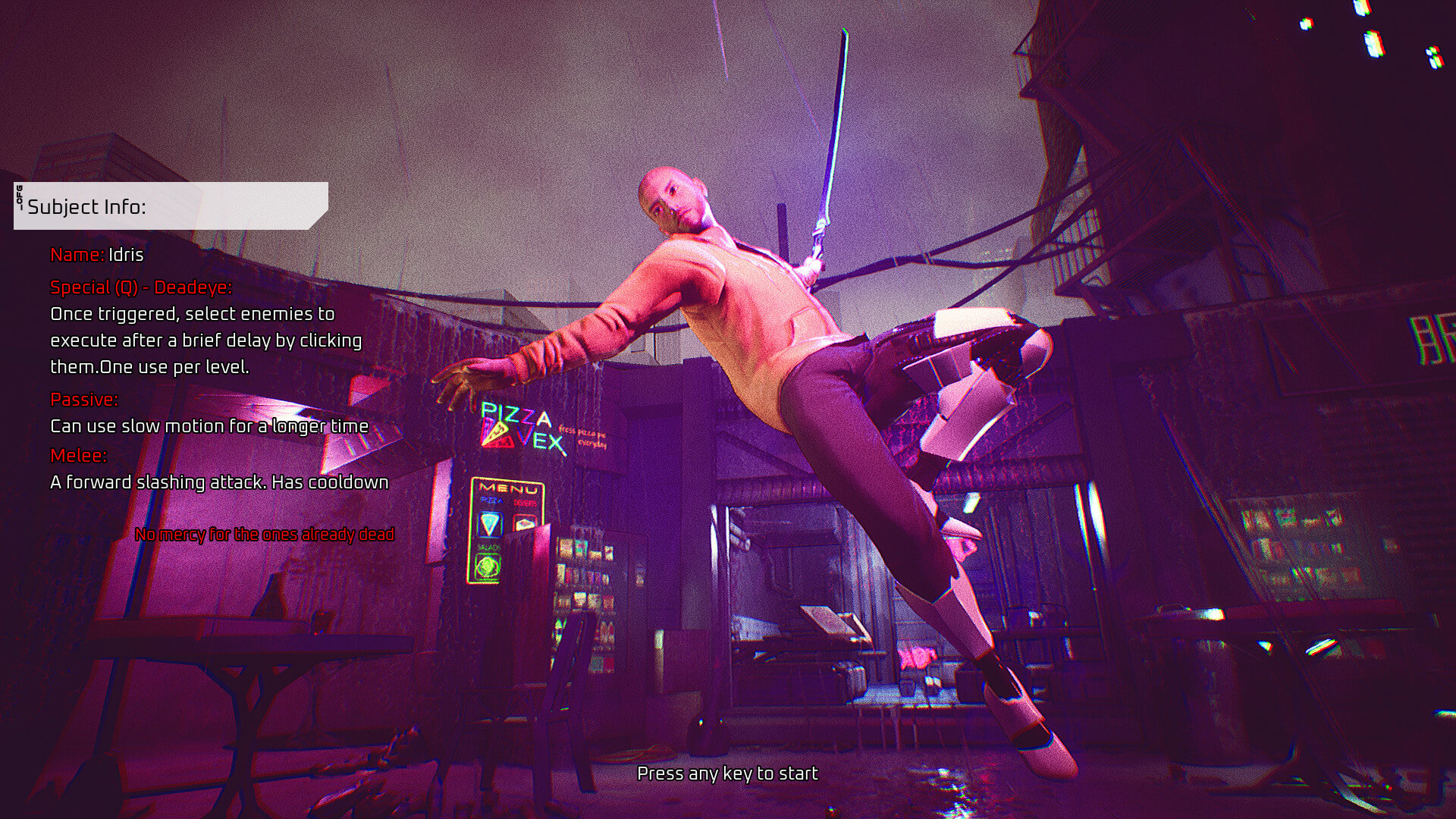 With bright and warm tones suitable for a cyberpunk world, Esse Proxy also has an art design that will delight players. The designs of both your characters and your enemies are quite successful. In addition to these, the universe design, and the design of the objects in the universe are at a level that will satisfy the player. The animations and the reactions of the weapons in the game are designed tremendously. For example, when you shoot with a gun, you can see the smoke coming out of your gun.

Is Esse Proxy worth playing?

Esse Proxy has a gameplay time between 2 and 6 hours. However, the replayability of the game will cause you to play the game many times. In addition, the cyberpunk theme and character designs in the game are enough to play.