Digimon Survive follows a new group of teens led by Takuma Mumozuka. They get lost on a school camping trip and are transported to a new world of danger. If you are curious to know the details to the story, keep reading!

The opening scene begins with two young people running fast and gasping for air. They sensed an unknown danger in their face. The boy says he is scared, the girl tells the boy not to worry they are ok. The girl's goal is to calm the boy down. The girl calls the boy to her and says they should stay together. Meanwhile, the ground begins to shake, a large creature is slowly approaching the two young people. The two young people, stunned by fear, wait for what will happen to them.

As the two teenagers are frozen with fear, a dark figure yells at them to get away. The dark figure attacks the youngsters at the approaching creature and tells them that he will not let it harm them. As Girl calls out to the creatures in surprise, the camera approaches Boy and the battle begins.

Two Digimon, who want to protect Girl and Boy, are defeated by the dark figures. The dark figure is stronger and more durable than they think. As the dark figure is about to make the final attack on the Digimons protecting the girl and boy, the girl comes forward and spreads her arms to protect them. Meanwhile, the girl has an escape plan in mind. On the left side of the battlefield is a portal that glows blue. The girl is considering using this portal to escape with her friends.

Miyuki yells at Haru to run as she takes the dark figure's blows. Haru, on the other hand, does not want to leave her sister and run away. However, if Miyuki can't stall the dark figure, no one will be able to escape from the battlefield. Miyuki pushes Haru back to block an incoming blow Haru and takes a hit. Meanwhile, Haru is being pulled by the portal. As Miyuki tells Haru to run for the last time, dozens of arms emerge from a dark mist. Arms and hands pull Miyuki into the dark mist, and Miyuki disappears with the dark mist. As Haru sees what is happening, the portal engulfs her and Haru vows to save her sister before she loses consciousness. 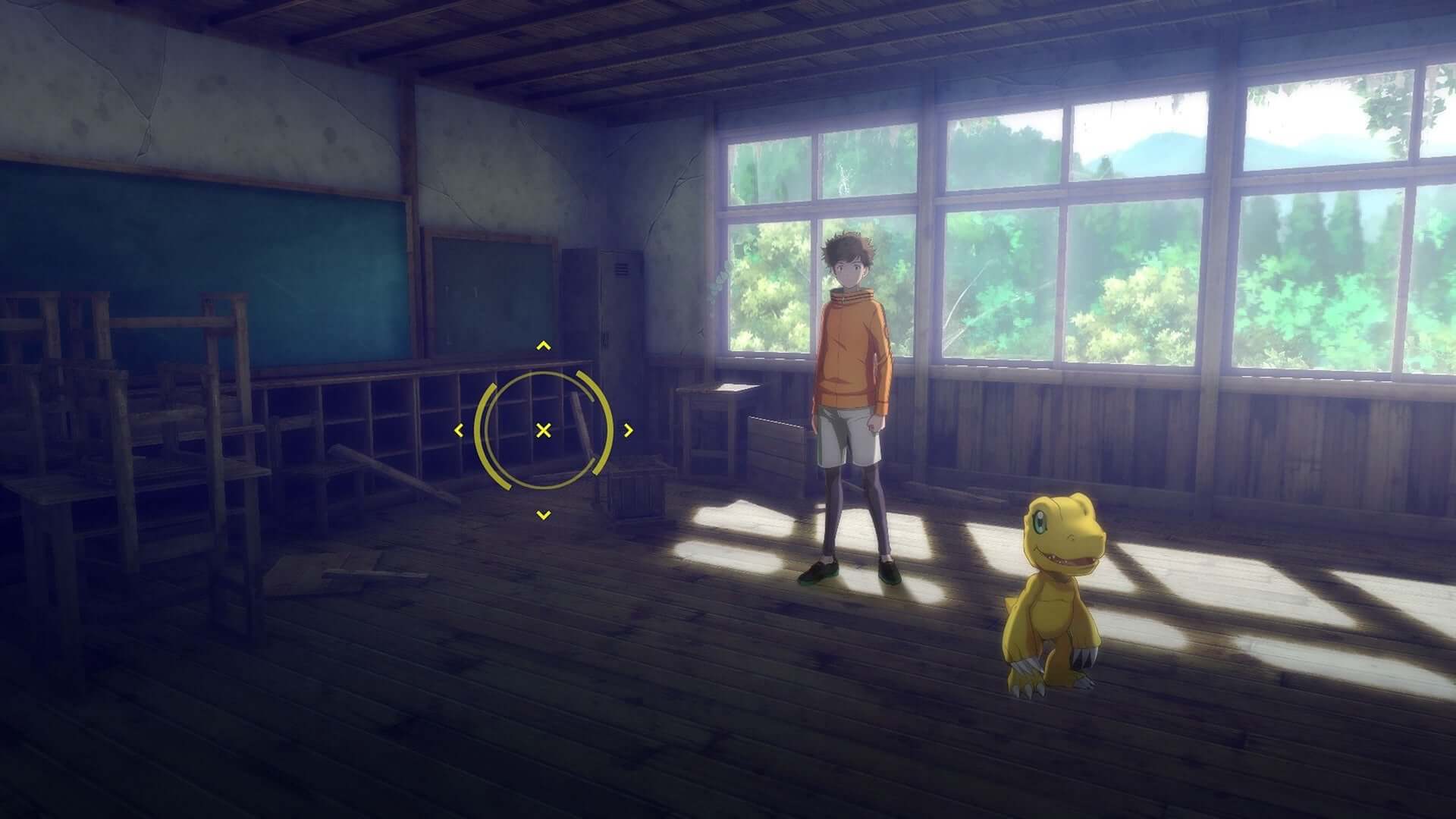 After the scene ends, an anime sequence enters. In this sequence, other characters and their school life are introduced. While the students are chatting among themselves, they are distracted by a piece of news. The news is about an earthquake in the forest that destroyed trees. Meanwhile, it is revealed that the students are organizing a trip to that region. While the students are undecided about whether to go on the trip, a competent student tells everyone to get ready. While Takuma and his friends are leaving school, Takuma notices a figure in the classroom, but it disappears a second later. This figure belongs to the disappeared Miyuki and Haru.

Takuma realizes that the resort area is an abandoned ruin. Takuma and his two best friends start chatting among themselves. The story of the game will be shaped according to the player's choices from this stage onwards. We recommend you play the game to progress according to your own choices. Digimon Survive is a game with both an impressive story and good gameplay mechanics.