How to get Spider-Man Suits in Marvel's Spider-Man?

To get Spider-man suites, you need to meet two basic conditions. First, there is a level limit set for each suite. To obtain a suit, you must meet its level requirement. Secondly, you need to collect the necessary tokens to get the suites. For example, to get Negative Suit, one of the most charismatic suites of the game, you must have passed level 11 and have 1 Base Token, 2 Landmark Tokens, and 1 Research Token. If you meet these two requirements, you can craft the Negative Suit.

Top 4 Spider-Man Suits and Their Features

This suit, in which Spider-Man wears only a mask and no other clothes, takes the game to a different dimension. The advantage of this suit is that you can defeat all the enemies in the game with one hit. However, this power also has a shortcoming. If your enemies manage to hit you with an attack, you will also lose all your HP in one hit. In the game where you struggle with crowded groups of enemies, this suit seems to be useless, but it is very effective against bosses. To get Undies you need to complete all the main and side quests in the game.

This suit, which completely changes Spider-Man's costume design, allows your character to reach unmatched power. It is more difficult to defeat the enemies using shields or blocks during the game. However, Last Stand Suit makes your character's attacks unblockable. In other words, even if an enemy is guarded with a shield, your attacks will still work on them. To get the Last Stand Suit, you need to reach level 45 and have 20 Crime Tokens.

This suite, which has a feature that will directly affect your gameplay, has a skull-like spider motif appearance in red on black. The feature of this suit is that it reduces the gravity of spider-man while in the air. Gravity is reduced for your character while you're roaming the city or deploying your character in the air during combat. You can gain an advantage in combat by using this situation in your favor. To get Spider-Man 2099 Black Suit, you need to be level 29 and have 2 Base Tokens, 4 Crime Tokens, and 4 Research Tokens. 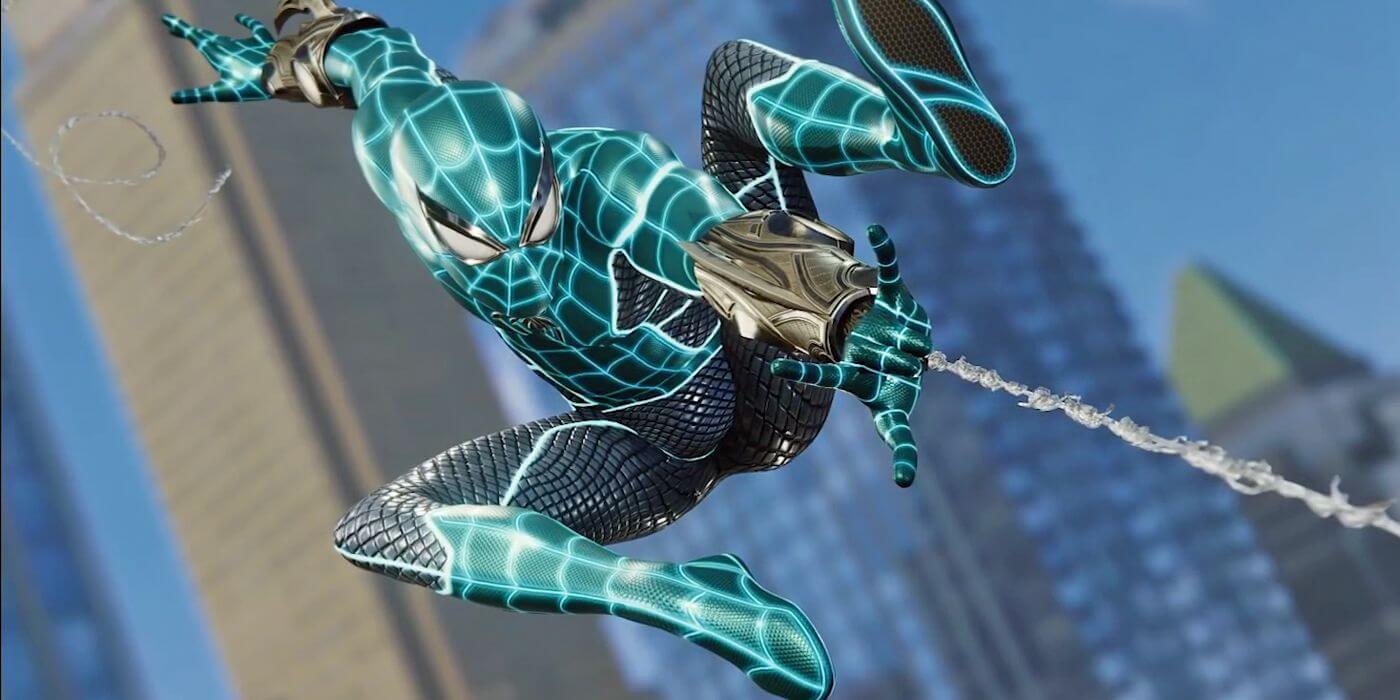 This suit, which has a horror-themed design, allows Spider-Man to have massive damage increase temporarily. To get the Fear Itself Suit, you need to be level 21 and have 2 Base Tokens, 6 Challenge Tokens, and 3 Research Tokens.