If you enjoy activities such as developing and collecting resources in games, but you do not want to spend effort on the PC for these actions, there is a game type designed for you.

What is an Idle Game?

Idle games are the name given to the game genres where you command, and all the remaining work is done by the game over time. For example, if you give your character a wood loot command in the game and leave the PC when you come back 4 hours later, you will see your character loot hundreds of woods. There is nothing you need to do as a player other than selecting units and giving commands. As your character collects resources, you can make improvements in the game. If you are interested in such games, we have listed the best idle games for you!

NGU Idle, a game in which your character, who fell into the sewer, fights first with a small sewer mouse and then with increasingly powerful enemies, has a satisfying development screen. In NGU Idle, you can make your character loot and generate energy every minute. With these resources, you can strengthen your character's abilities and stats and produce better equipment for him. If you are looking for an adventure game where your character will develop automatically and you can adjust the improvements, we recommend you try NGU Idle.

If you are looking for a game where you drag cards onto the field and the creatures on these cards fight, Creature Card Idle is a game designed for you. There are two methods to obtain these cards. The first of these methods is to defeat your enemies and get their cards. The second method is to make upgrades, upgrades, and purchases by accumulating the gold you earn per second in the game.

Each card has effects that affect your gold production. For example, one card can double your gold production while reducing the gold production of other cards by 10%. What you need to do in the game is to create and use the deck that will earn you the most gold. If you reach the limit of cards you can carry, you can evolve some cards. Empowered cards will have higher stats and buffs.

Realm Grinder is a game where you build an empire, and you are tasked with collecting and developing the best resources in your empire. After the tutorial phase of the game, you must choose between good and evil. If you choose the good side, you will continue the game as a human and strengthen your empire. If you choose the evil side, you will build evil buildings and try to take over the world. 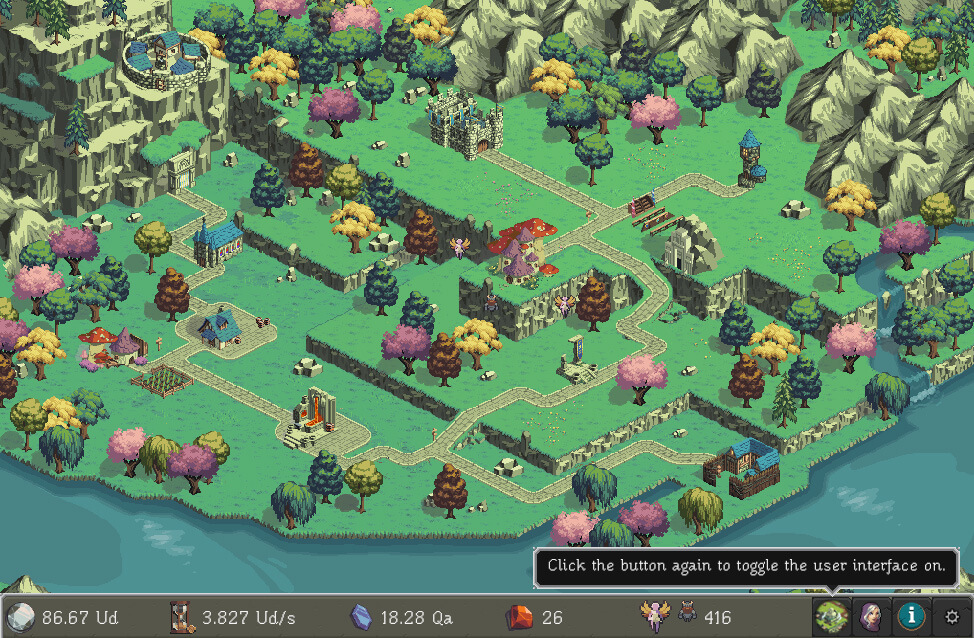 Every building you build in the game produces various resources for you. For example, you need to build a blacksmith to strengthen your empire's soldiers. Such related enhancements and builds are also available. As you progress through the game, you will encounter powerful enemies. To be able to fight them, you must ensure that your kingdom develops effectively.

If you are interested in the Idle game genre and you have chosen which game to play, we have one last piece of advice for you. Whatever idle game you play, these games aim to produce and use resources effectively. The basic logic of the game is to collect and spend resources in the most useful way.