Games where you kill demons, creatures, aliens, and monsters with various guns attract the attention of most players. Games like DOOM are the perfect representations of this genre.

These types of games usually have fast-paced gameplay. In other words, if you slow down in the game, you will either be killed by your enemies, or you cannot complete the level. Such games often have a first-person perspective. If you're looking for the best games where you slay monsters, read on!

Doom is a fast-paced action FPS game where you kill your enemies with ten different weapons. Your goal in this game is to kill hundreds of your enemies to complete the levels. Doom is a game with original gameplay elements. For example, when you start killing enemies in combo, you gain buffs such as fire speed, unlimited bullet, armor, or health. Also, Doom is a game with 27 different types of enemies. Each enemy type has different attack and movement patterns. If you want to kill various monsters with various weapons, Doom is the game designed for you.

If you are interested in killing hundreds of enemies with firearms or melee weapons, using your wings to switch between platforms, and collecting combo points by killing monsters, Metal: Hellsinger is a game you should try. This game is a game with a hell atmosphere like Doom. Your main goal in the game is to kill the enemy groups that you come across to advance in the levels. Metal: Hellsinger has fast-paced gameplay. In the game, you will usually use melee weapons to renew ammo. This situation directs you to use different weapons during the game. So, you will find yourself looking for opportunities to apply a melee attack on the right enemy. 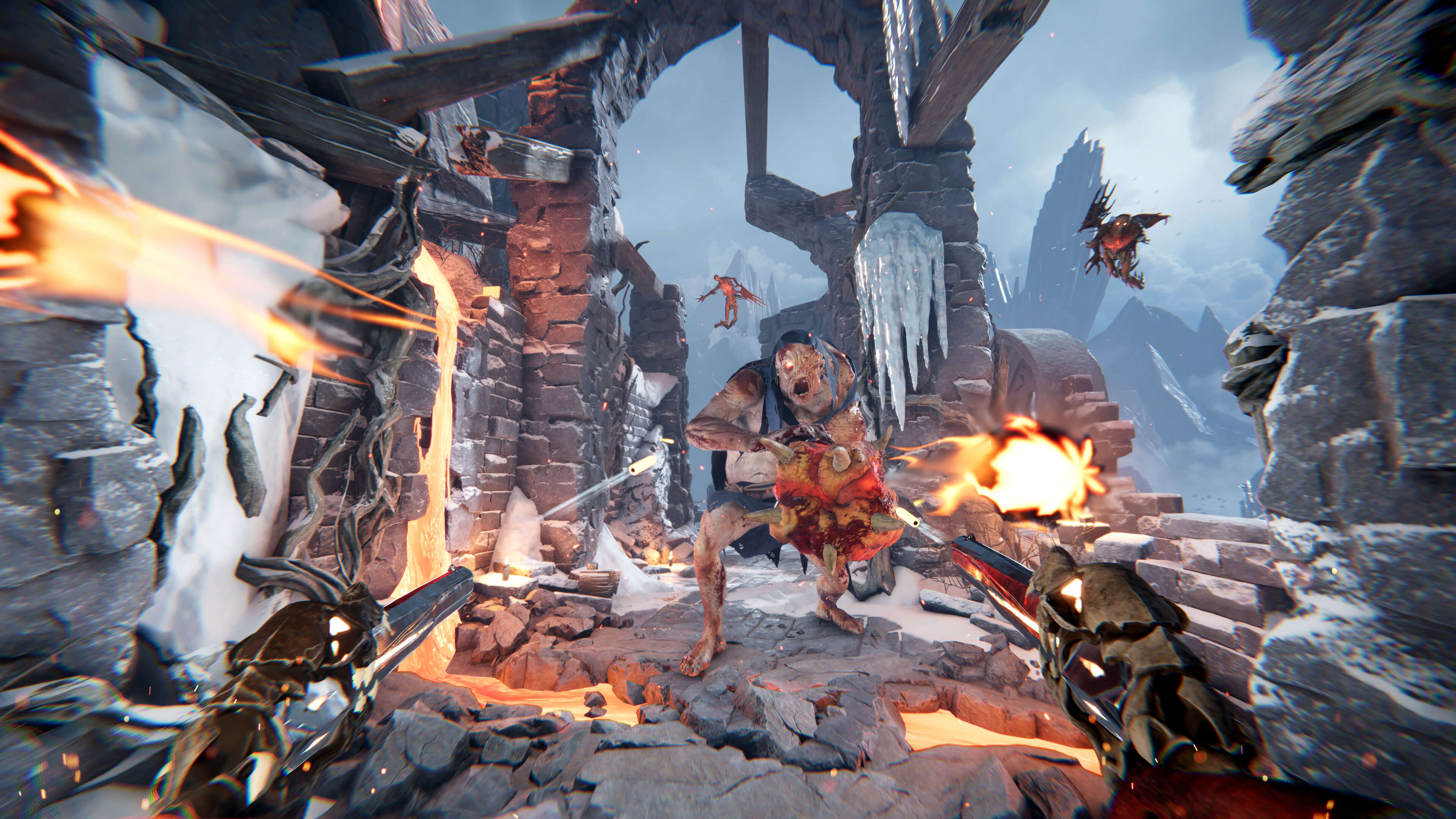 If you are looking for a game where you fight demons and monsters in an Asian theme, Shadow Warrior 2 is the game designed for you. At the beginning of the game, you must kill your enemies with a katana. As you progress through the game, you will gain access to various weapons such as SMG, Shotgun. It is also possible to equip two different weapons with both hands. These weapons must be light weapons such as the SMG. If you want to play the game with your friend, Shadow Warrior 2 has co-op gameplay.

The environmental design and graphics of the game are of high quality. The battlefields of the game are usually designed in nature and around buildings with Asian architecture. For this reason, you may encounter impressive landscapes during gameplay!

This creepy multiplayer shooter features a dark atmosphere in which you must hunt down monsters and kill them to escape alive. Each step is harder than the previous one. Each team attempts to kill the same target creature. These can range from huge spiders to demon-like humanoid monsters.

The teams also want to finish the job, so they are always on the lookout for each other. This makes the game competitive, with the goal of finding the monster first, and then getting out. It's a unique take on monster-hunting games.