Some games offer parts where you need to do alchemy. For example, games like Skyrim allow you to produce potions that allow you to strengthen your character.

However, some games are built on the theme of alchemy. In this type of game, your main goal is to collect alchemy materials and make potions. If you are wondering about the best alchemy games, we have prepared a list for you!

Potion Permit is like Stardew Valley in terms of gameplay mechanics. In addition, the graphic structure of the game is in pixel style. Your main goal in the game is to collect materials in the open world and produce potions to complete missions. The game's open world features flowers, plants, mushrooms, and monsters. Before starting the game, you will be greeted with the character creation screen. After creating your character, you need to start the story of the game. You can take quests, prepare potions, and earn money by talking to NPCs.

There are also areas such as bars where NPCs gather. Each NPC has its own house. By visiting NPCs, you can learn more about the world of the game and discover quests where you can earn money. Besides, you can fish, do forestry, relax in the SPA, and strengthen your character's stats.

We are often used to playing adventurous characters in fantasy universe games. However, this is a game where you sell potions to adventurers and the rich. Every fantasy universe includes innkeepers, alchemists, and soldiers. The general task of alchemists is to produce potions for adventurers, the wealthy, and the commoners. In Potionomics, too, you need to craft and sell potions for adventurers, commoners, and the wealthy. At the beginning of the game, you prepare potions with common ingredients. By putting these potions on the counter, you can open your shop and sell. However, for high-level potions, you need to find rare items.

By collecting the adventurers in the city, you can go to the dungeons and loot higher-quality alchemy materials. The battle parts of the game are weak, as your main goal in the game is to make potions. If you're curious about the experience of being an alchemist in a fantasy universe, Potionomics is the game for you! 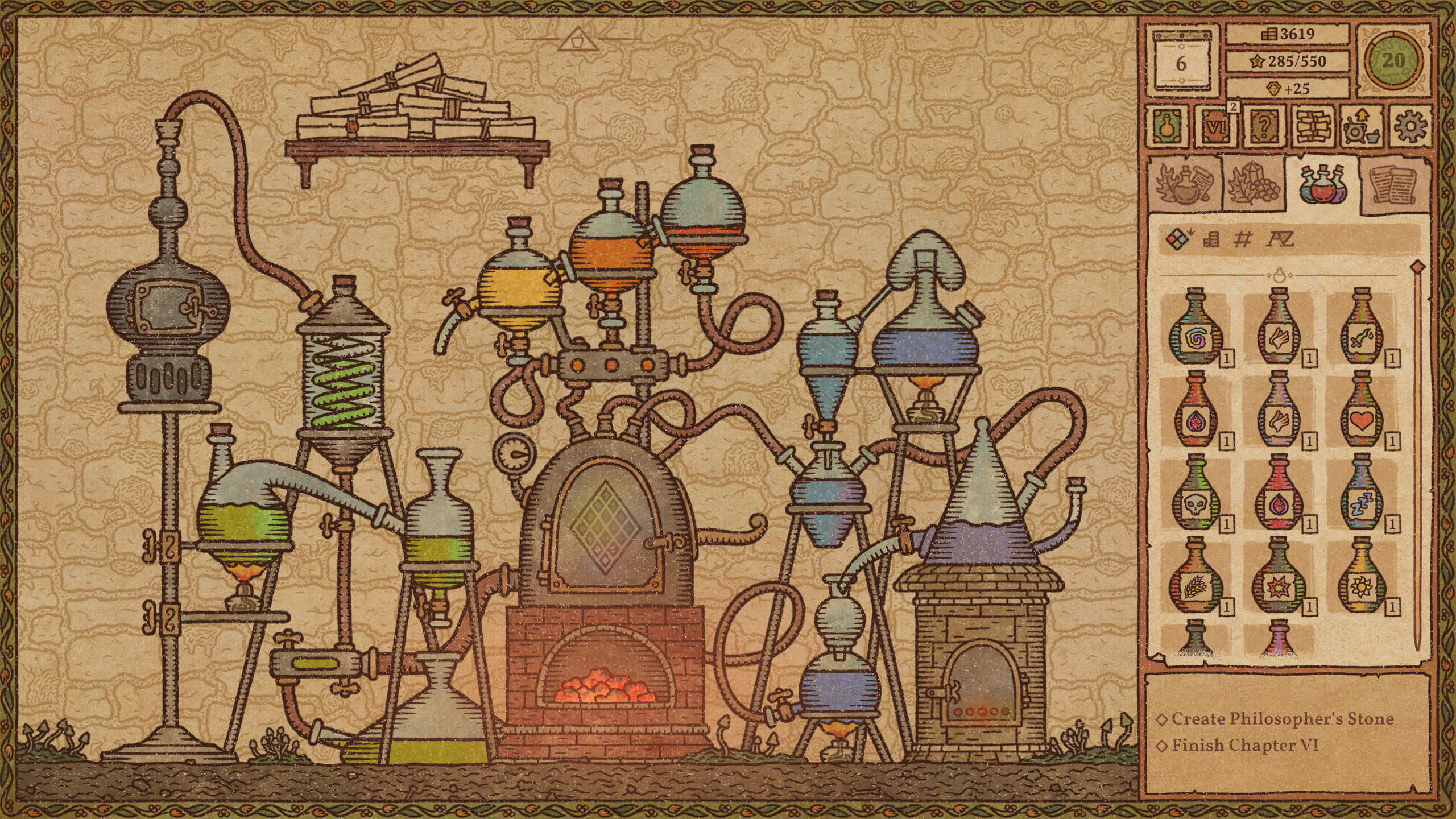 If you are looking for a game where you embark on platform-based adventures to earn various alchemy materials, Alchemist Adventure is the game designed for you.

The game has a third-person perspective. You must solve platform puzzles and fight creatures. If you want to have the adventure to collect alchemy materials, you should try Alchemist Adventure.