All Postal Games, Order and Stories

Postal series, a shooting game series created by Runner with Scissors, is known for its extreme violence and controversial satiric content. Nearly all the games are set in different genres: Postal is an isometric game, Postal 2 a first-person shooter while Postal III is a third-person shooter. Let's explore the best postal games in this article.

Many spin-off titles were also in top-down shooter genres. German director Uweboll also produced the film adaptation of the series in 2007. In this article, we tackle all Postal games, their release orders, stories and other things you need to know before stepping into this crazy universe.

The Postal Dude stands as the main protagonist in the POSTAL series. The "Top 10 Most Brutal Video Games Characters" has the Postal Dude ranked, so you have an idea of what to expect from him. Running With Scissors has made him controversial by stating that he was not intended to be a violent person and that players can decide for themselves if they like him or not. 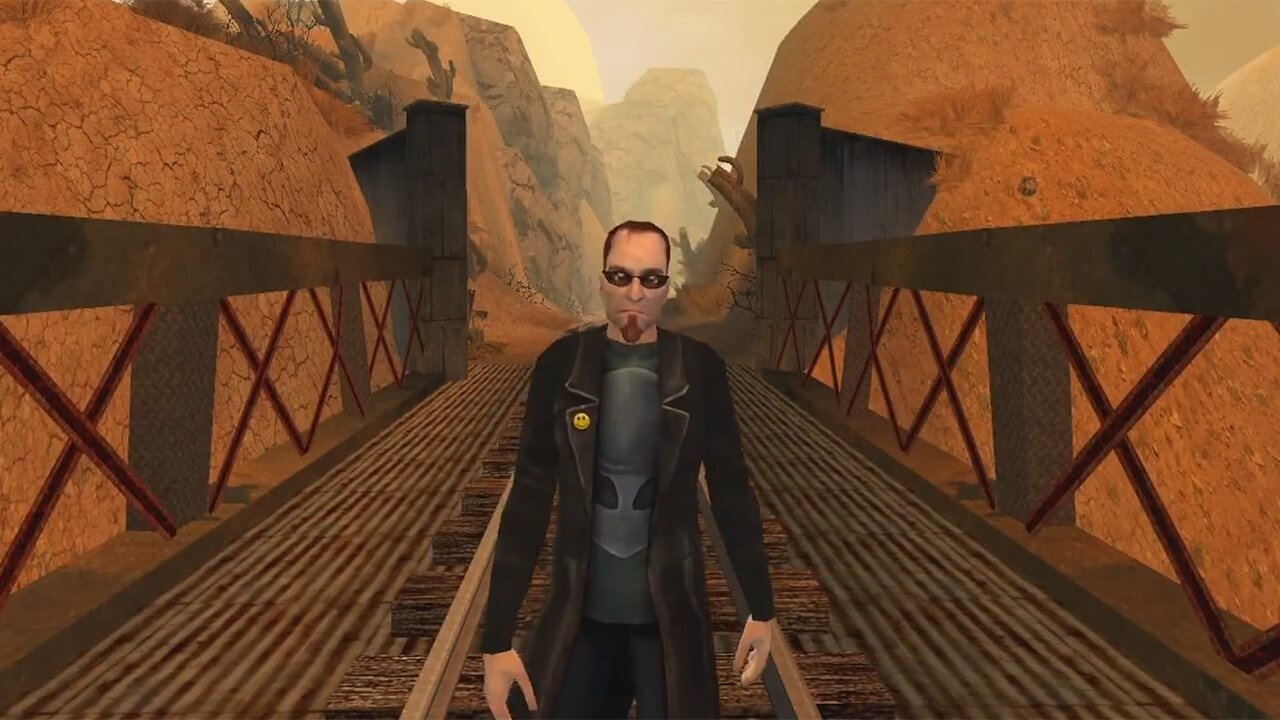 Although he is calm and easy-going, the Postal Dude can become sociopathic and cynical if pushed too far. While he always wears his signature leather trench coat and sunglasses, he can also wear other outfits that will impact how Paradise views him.

In his famous first appearance, you take control of The Postal Dude as he struggles to survive in a mad world! Postal is a classic isometric shooting game packed full of fast-paced explosive action. Every corner is populated with savage gunmen looking for your blood. You have no choice but to take them out. You can fight back with a devastating arsenal and make your way through a violent town.

The story starts with Postal Dude being expelled from his home. He believes that the United States Air Force has been releasing an airborne agent onto his Paradise community and he claims that he's the only one not affected by the resulting "hate disease". He battles his way from his home to an Air Force Base by traversing various locations such as a ghetto or train station, ostrich farm, trailer park and truck stop. The voice that speaks in the protagonist's mind, can be heard taunting the victims via cryptic absurdity throughout the game.

Postal 2 takes place in Paradise and follows the story of the Postal Dude, performing mundane tasks over a week. The player decides how violent or passively he will respond to various situations. The player navigates the open world to perform his chores.

Postal Dude is constantly being prodded by other characters, he is given the finger, mugged by various protesters, and harassed constantly by an obnoxious convenience-store owner. The game also features an appearance by Gary Coleman who plays the role of himself and you have a mission to travel to the local shopping center to get Gary's autograph. You have two choices: kill Coleman or sign the book peacefully, pick wisely.

Paradise Lost, expansion pack for Postal 2, continues the saga from the POSTAL series. As the Dude returns to his hometown, he sets out on a search for his missing dog. It seems that not all is as it seems. The once tranquil town and its residents have been changed by the nuclear attack. Cross the Arid Desert to explore the different Zones. Trek through the Rainy Foliage and freeze in the Nuclear Winter. Then, roam under the Ashen Skies.

For more information about Postal 2, its lore, expansion packs and whether it is worth your time, check out our Postal 2 Story and Postal 2 Review Articles.

Being developed by Trashmasters, Running With Scissors and published by Akella, Postal 3 is the third game in the series. This game follows directly from the end of Postal 2 and is set in a town called Catharsis.

Postal III is a change in perspective, just like Postal 2 was. This time the game is a third-person shooter. The gameplay core is linear and story-centric, as opposed to 2's open world. Mission-based objectives push the plot forward. It retains the same wild action and combat that the series is known for.

The game offers two possible paths depending on the actions taken and how far the Karma Meter has gotten. If the player wants to kill innocent people, their Karma Meter will change from yellow to red. This means that the "bad path" is guaranteed. In this case, the plot and missions change and the text asks if they are disappointed and want to choose the "good path". The story has three endings. However, regardless of the ending, the Postal Dude's last words were "I regret nothing!"

Postal Redux, a 4K remake of the first Postal game and all its expansions in Unreal Engine 4, is a faithful recreation featuring fully animated characters, animated loading screens and improved controls. Rick Hunter returns to his role as the Postal Dude.

Other than a few additions to the game, Postal Redux is just Postal, but better. The Carnival, which is located between The City and Central Park, is new to the game. It also features Clowns, a unique NPC. A new weapon, the Revolver has been introduced. It boasts high damage, accuracy, and a smaller damage range than other weapons.

Postal 4: No Regrets, the satirical, hilarious, open-world first-person shooter, takes place several years after Postal 2’s second expansion Paradise Lost. Postal Dude and his dog Chad, emigrate from Arizona to the fictional Edensin. The Dude's vehicle is stolen while he is on his way, now he has to work multiple jobs in order for him to pay the bills and get his car back.

Postal 4 borrows many gameplay features of its predecessor, Postal2. The game revolves around different "errands", which The Postal Dude must complete each and every day.

POSTAL: Brain Damaged by Running with Scissors and Hyperstrange, is the spin-off we’ve been waiting for. This game takes the most insane FPS series ever, in a direction that is filled with skill-based retro shooting. 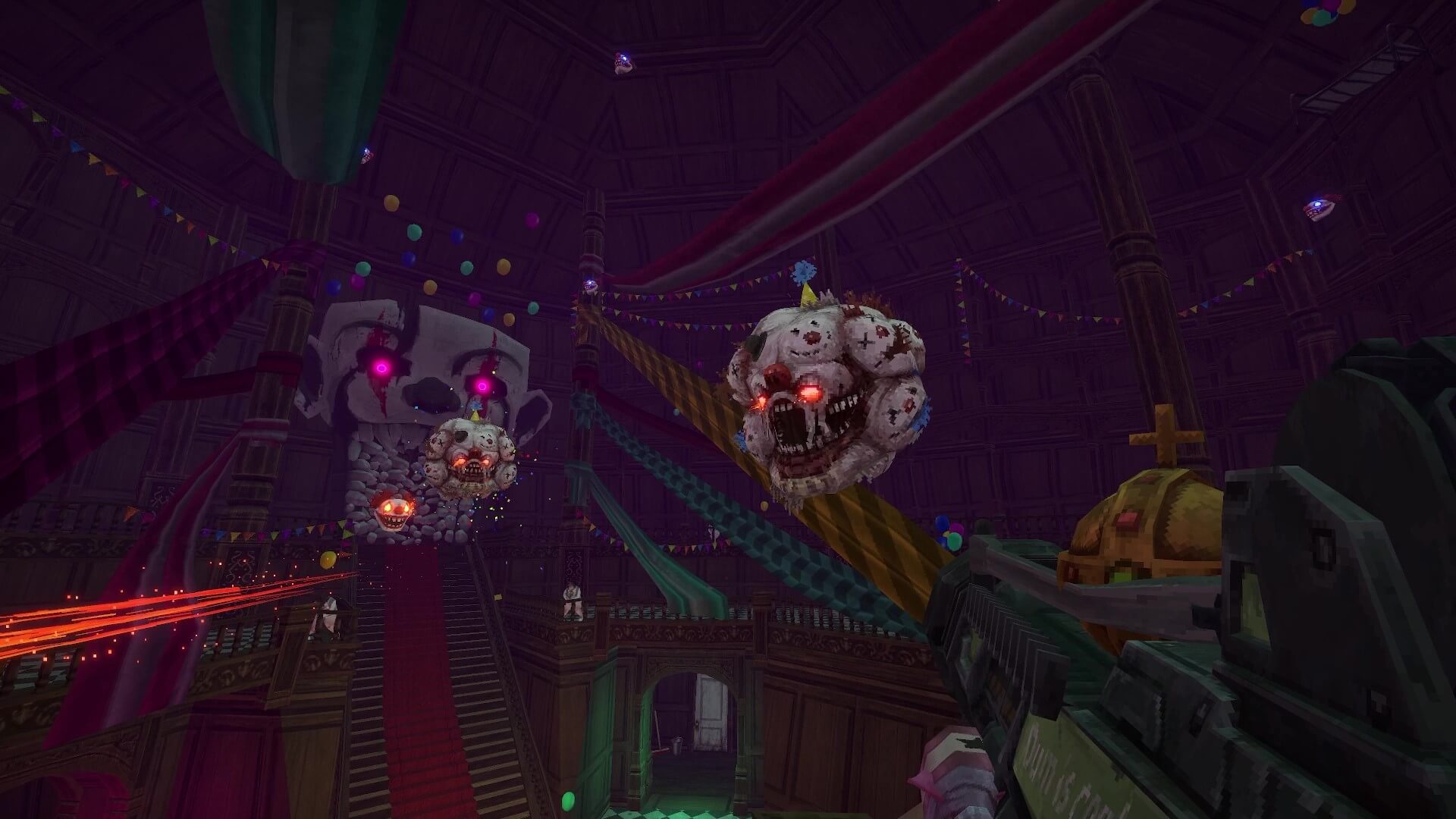 The story mainly takes place in the mind of our main character, the Postal Dude. After everything he has been through in the previous games in the series, this man seriously needs therapy. Instead, he finds himself in the endless cycle of drinking, drugs and stress which ends up getting him locked away in an asylum. The Big Bad Nurse, our main enemy, has been intoxicating the patients in the asylum by giving them drugs that will turn them into complete maniacs. Postal Dude needs to find his way away from all this madness.