Children of Morta is an action role-playing game with unique storytelling features. Your main goal in the game is to explore the map and defeat your enemies to advance the story. The game's storytelling involves a divine being verbally telling the story in the background.

This causes players to experience an epic rather than a game. The main character's goal is to explore Rea's lands and go to Rea's shrine to complete his quest. However, due to the chaos, various creatures are included in the path of the main character.

Children of Morta is an isometric action-adventure game with pixel graphics. You use the arrow keys to control your character in the game. To attack, you need to use the M1 button. Attacking or moving in the game does not cause energy loss. However, using special abilities and skills consumes your energy. The icons and indicators on the game screen are sufficient. At the bottom left of the screen, there is a tab with your character's stats. In this tab, there are skills and moves that your character can use. Also, your HP and SP bar is on the lower left screen. You can use the spacebar to evade the opponent's attacks. Space key triggers dodge action. If you dodge with the right timing, you will be able to attack your opponents.

As you kill the enemies in the game, you can get loots with keys to open chests. Chests contain divine blessings that strengthen your attack or defense. You can use these items to strengthen your character. 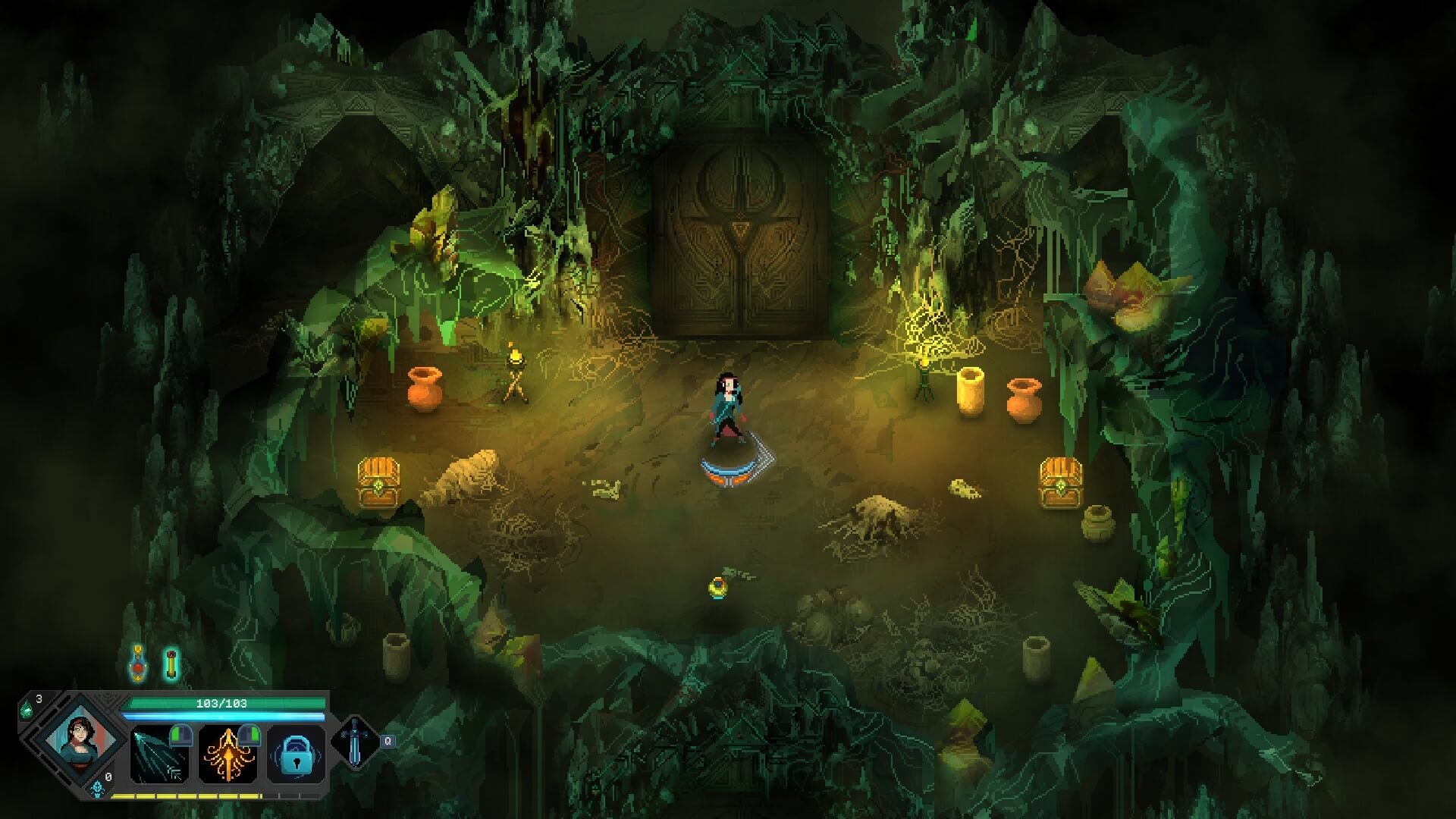 You can also enjoy the scenery when you are on a high mountain or next to a pond in the game.

Is Children of Morta Worth Playing?

If you are looking for a game that stands out with storytelling rather than gameplay mechanics with an isometric perspective, Children of Morta is a game designed for you.