Brotato is very much like Vampire Survivors but you are a potato. If you like roguelike genre and brutally hard difficulty this is the game for you. Let's dive more into Brotato.
8Very Good

Brotato stands out with its incredible art style. The Binding of Isaac-like graphics, the little generic enemy slimes and mutants, the weird weapon upgrades make up a great gameplay. It plays pretty similarly to most of those other games like Vampire Survivors, only requiring you to use the WSAD keys and occasional clicking through shop menus or upgrade screens. Your character auto aims so you just have to escape and make yourself room to destory more enemies. The game feels accessible to every type of player with its easy control bindings and simple gameplay. 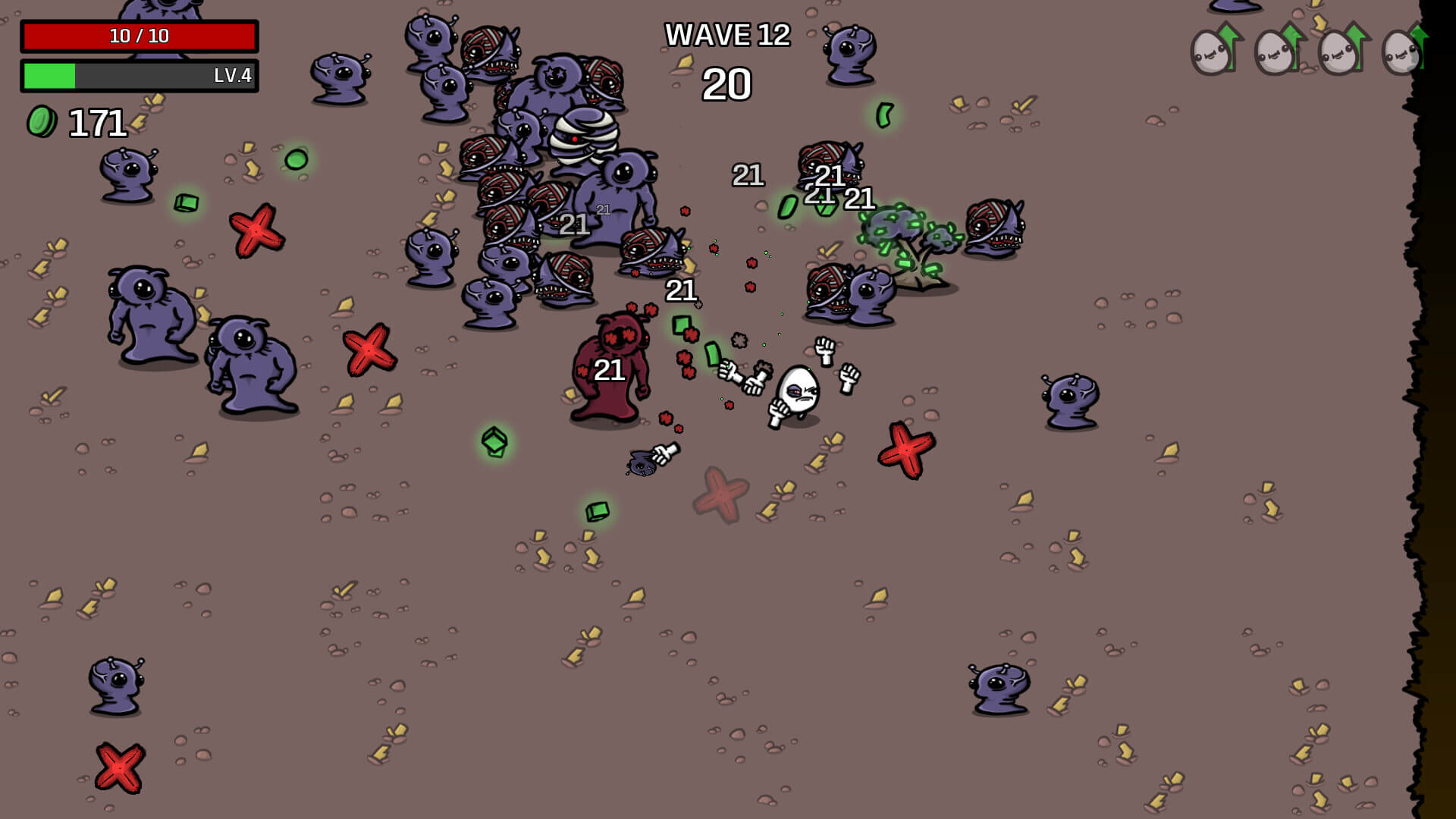 Although it might look like a bit overwhelming at first, once you figure things out and get the hang of it, it's the kinda game that you can just drop into at any time and get going right away.

At the end, this can be one of the best Vampire Survivors-alike games out there. Pretty deep options with a variety of builds, and every unlockable character plays differently, so tons of replayability. Music is fire to catch you up with the pace. And with its accessible price, this game is purely awesome.

How to unlock characters in Brotato?

There are dozens of playable characters in Brotato. This adds a lot of replayability to the game itself and there are different objectives for each one of them to be unlocked. Here are all the characters and ways to unlock them.

Some of the playable characters can be unlocked by killing a particular number of enemies.

Some of the playable characters can be unlocked by collecting a particular number of materials.

Some of the playable characters can be unlocked by completing challenges.

Some of the playable characters can be unlocked by completing runs on a particular danger level.

All of these characters are excellent on their own way. Though the content is a bit limited for the game since it is still in early access, we are sure that they will add more content to kill hundreds of hours.