Your main goal in this game is to defeat predetermined opponents on certain maps without reducing your character's Hit Point to zero. If you are looking for more detailed information about the game, keep reading!

To start the game, you need to choose a map. After choosing the map, you need to choose a character to start the adventure. The game has three characters available to you at the start. It is possible to summon new gods randomly with the diamonds you will earn on the maps. Each character has four basic stats. These stats are listed as Agility, Intelligence, Strength, and Hit Point. Agility, Intelligence, and Strength affect the spell cards, attack types, and gameplay your character can use. 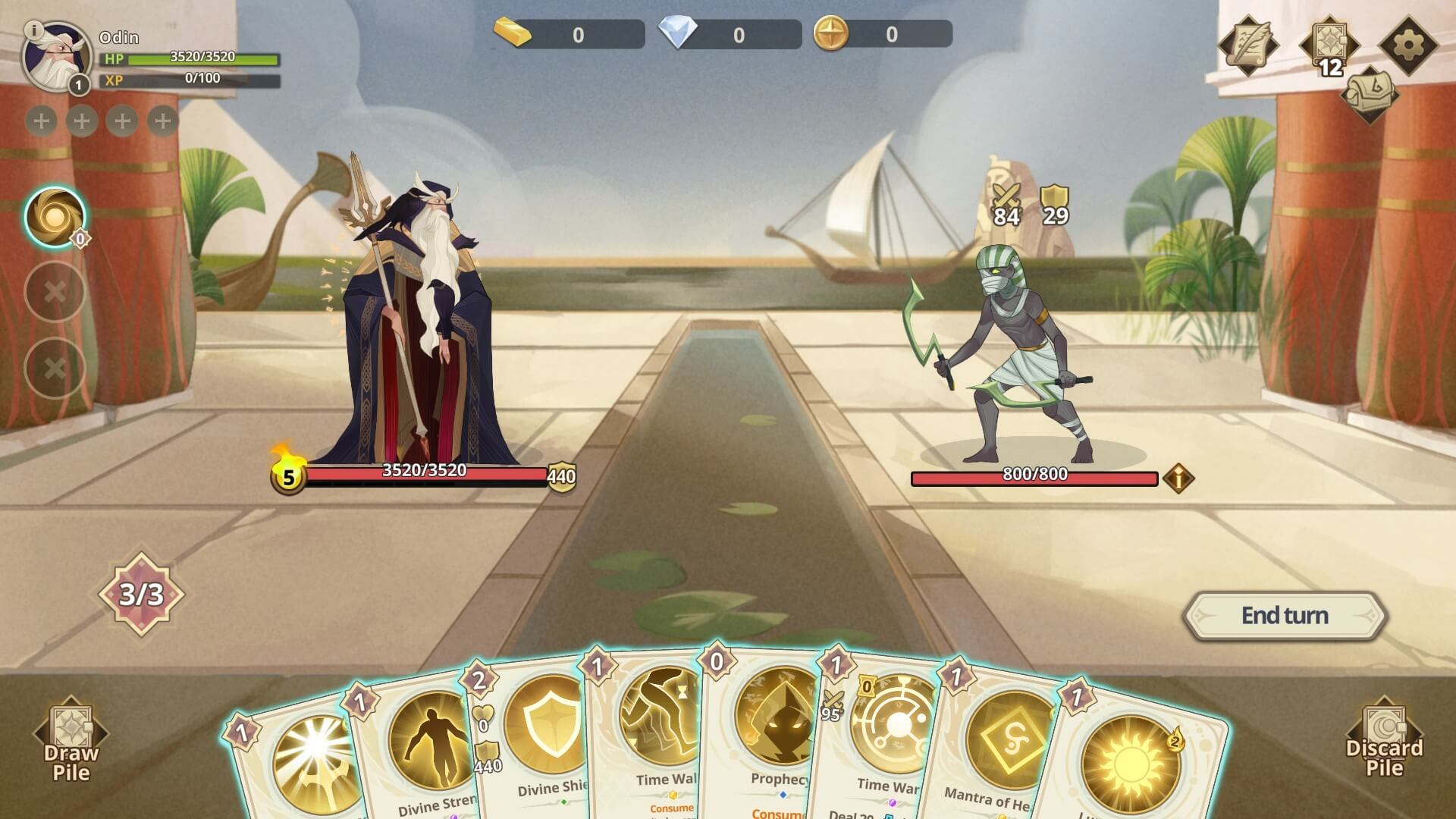 It is possible to develop every character in the game to an advanced level. For this, you need to have the shard according to the development level requirement of the character. For example, to improve a character to +1, you must have 10 shards of it. To obtain Character Shards, you can use the Summon option in the main menu or complete the sections in the campaign. Characters are divided into three different classes based on agility, warriors, and mages. The spell and attack cards used by each class are different from the others.

During the game, you must use cards to make your character move. Each card has a certain mana cost. Some cards use your character's Hit Point in addition to mana. To develop a strategy against your enemies in the game, you must control the cards in your hand and turn the war to your advantage. For this reason, Ancient Gods is also a strategy game. 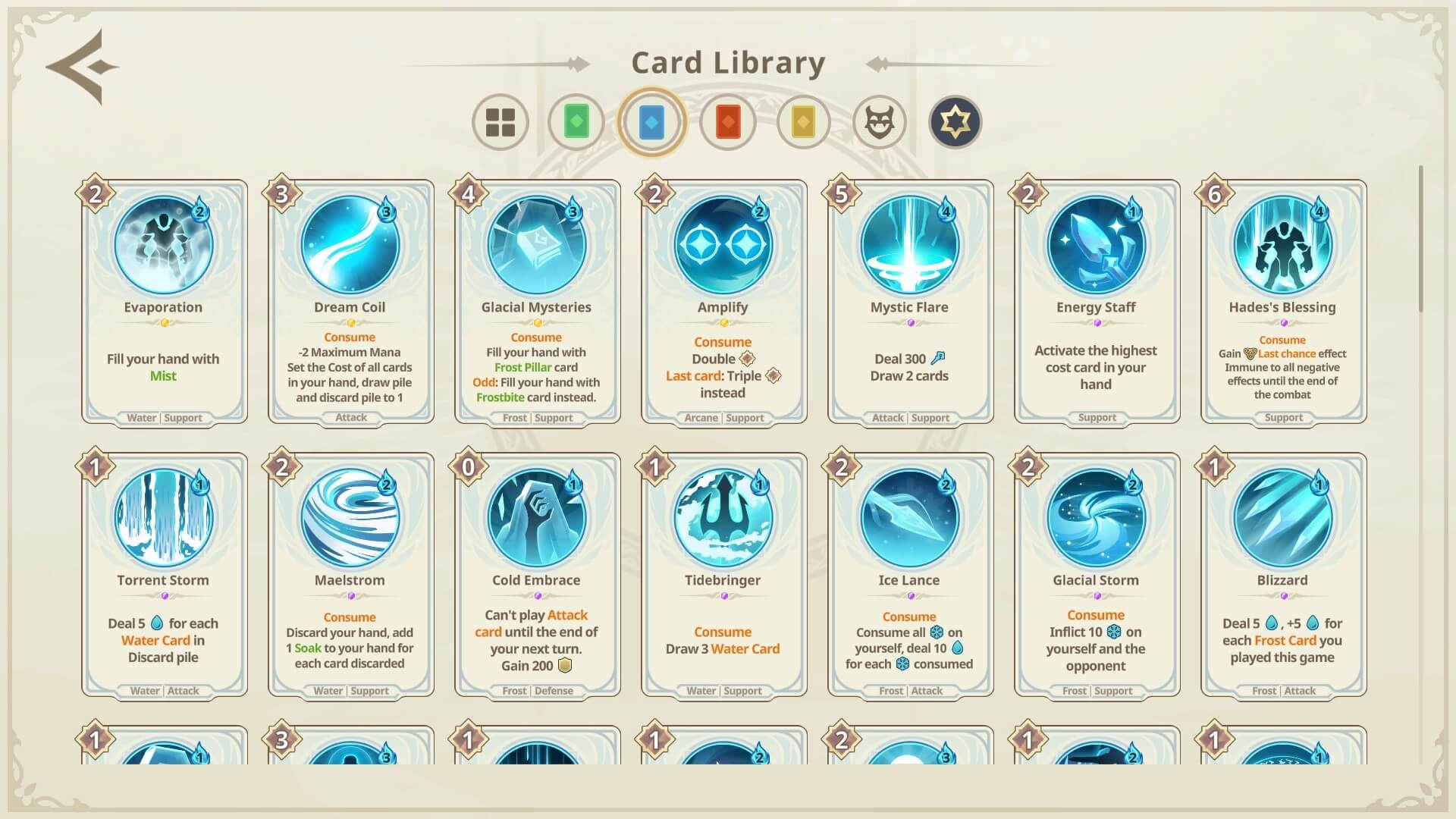 Is Ancient Gods Worth Playing?

If you like FRP games, which are the basis of today's PC games, Ancient Gods is a game that will give you nostalgia. The main reason for this is that the mechanics in the game are directly taken from FRP games such as dnd. If you are looking for a game with sweet graphics, mythological elements, and a different gameplay style, Ancient Gods is a game you should try.